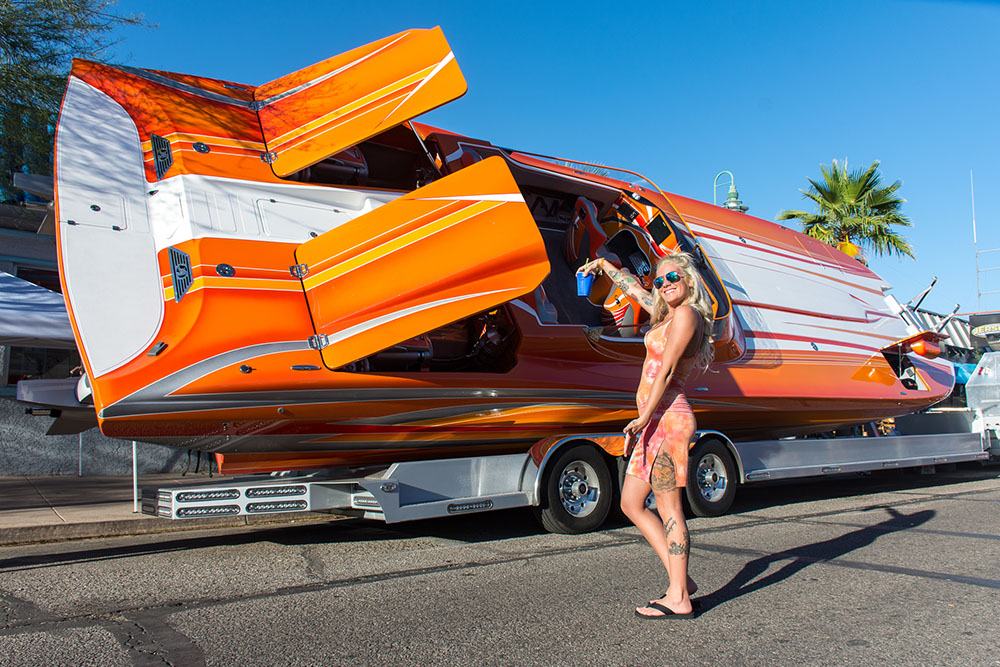 In just two weeks, many of the coolest boats in the country will converge on Lake Havasu City, Ariz., for the annual Desert Storm Poker Run. Starting on Wednesday, April 18, with the Krusin’ for Kids charity rides and welcome party, the fun jumps to Thursday’s Street Party, Friday’s Poker Run and Saturday’s Shootout. And while the entire five-day event is pretty remarkable for both participants and spectators alike, the show within the show is most definitely the Street Party, which is open from 1 p.m. to 10 p.m.

In terms of high-performance hardware, you’d be hard-pressed to find another day of the year where you can see so many cool boats, tow rigs, engines, equipment and more in the same place. This year, organizers are adding the “Eye of the Storm,” which is expected to be the centerpiece of the party thanks to helicopters, boats, tow rigs, exotic cars, a beer garden, the registration booth and the Boom Room that is part of the 90-foot semi from Kicker Audio—the presenting sponsor of the 2018 Desert Storm Poker Run. 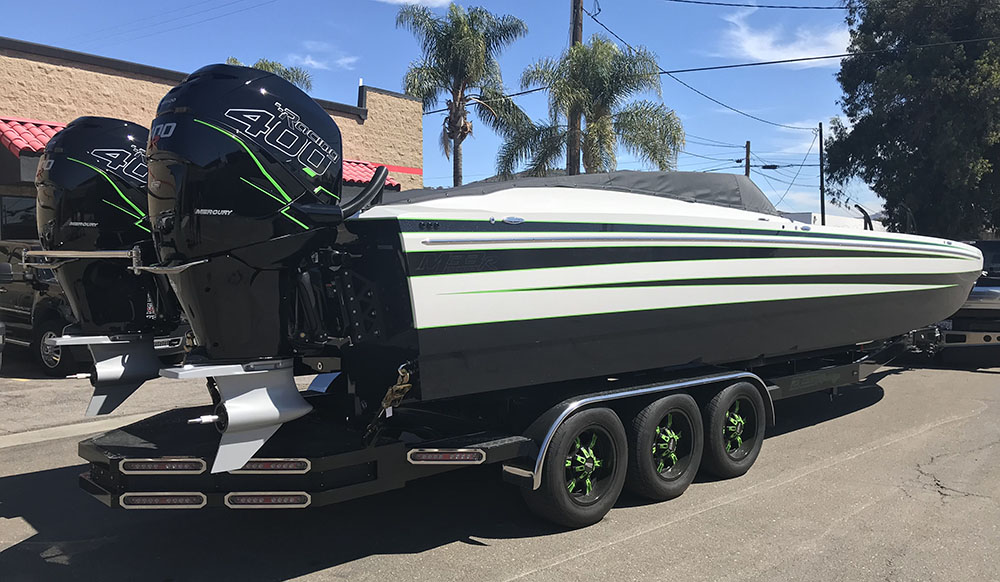 DCB is going to have its first M33R catamaran on display at the Street Party and available for demo rides throughout the event. Photo courtesy Jeff Johnston

Of course, Lake Havasu is DCB Performance Boats country—if you didn’t already know that—so you can expect to see a full fleet of DCBs ranging from 28 feet to 44 feet along McCulloch Blvd. Both of the El Cajon, Calif., company’s 44-foot catamarans will be there—Craig Hargreaves’ over-the-top Spooled Up II powered by twin Mercury Racing 1550 engines and Mike Stevenson’s breathtaking white M44 powered by Mercury Racing 1100 engines. The well-known Lickity Split M35 Widebody is going to be on display as well as another 10 plus models from DCB, including the first two outboard-powered M33R cats, one of which is the company’s demo model that will be available for test rides via DCB’s Tony Chiaramonte.

In terms of cool rides to check out, the variety of MTI models along the street should be at the top of the list of boats to see. The Wentzville, Mo., company is going to have two of its demo models—a 340X and a MTI-V42 on display, along with a brand new 48-foot catamaran owned by local performance boater George Argyros. 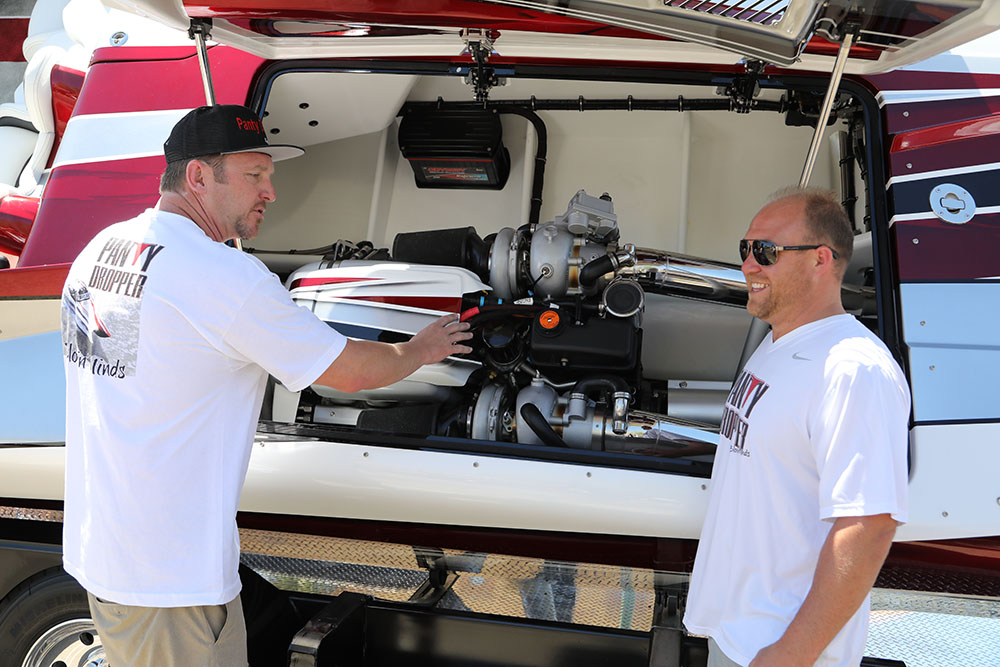 Utah performance boater Brett Baur plans to show off his MTI 48 cat at the Street Party again this year. Photo by Jeff Helmkamp

Another boat that’s sure to get a ton of attention is the all-new ZRX 47 from Adrenaline Powerboats in Georgia accompanied by an incredible custom tow rig from SuperTruck since the new boat is owned by one of SuperTruck’s owners Chris Walker.

You can be sure to get a glimpse of several radical models from Skater Powerboats in Douglas, Mich., including Gary Colledge’s canopied Colledgewood, Mike Pierce’s gorgeous Pure Platinum all the way from Louisiana and Top Cat II from the local-based crew at Bad Attitude Boats.

Obviously, a few Lake Havasu City builders are going to have displays, such as Advantage Boats, Domn8er Powerboats, Hallett Boats and the venerable Nordic Boats, which is going to have several models on hand, including Mike Smith’s eye-dropping 43-foot cat that made its debut at the event in 2017.

Of course, there is even more to see along the mile-plus stretch of McCulloch Blvd., including me at the Speedonthewater.com trailer. Please stop by and say hi if you’re in town—it’s going to be an exciting event for sure thanks to the new regime running the show.