You are at:Home»Thoughts»A True Professional 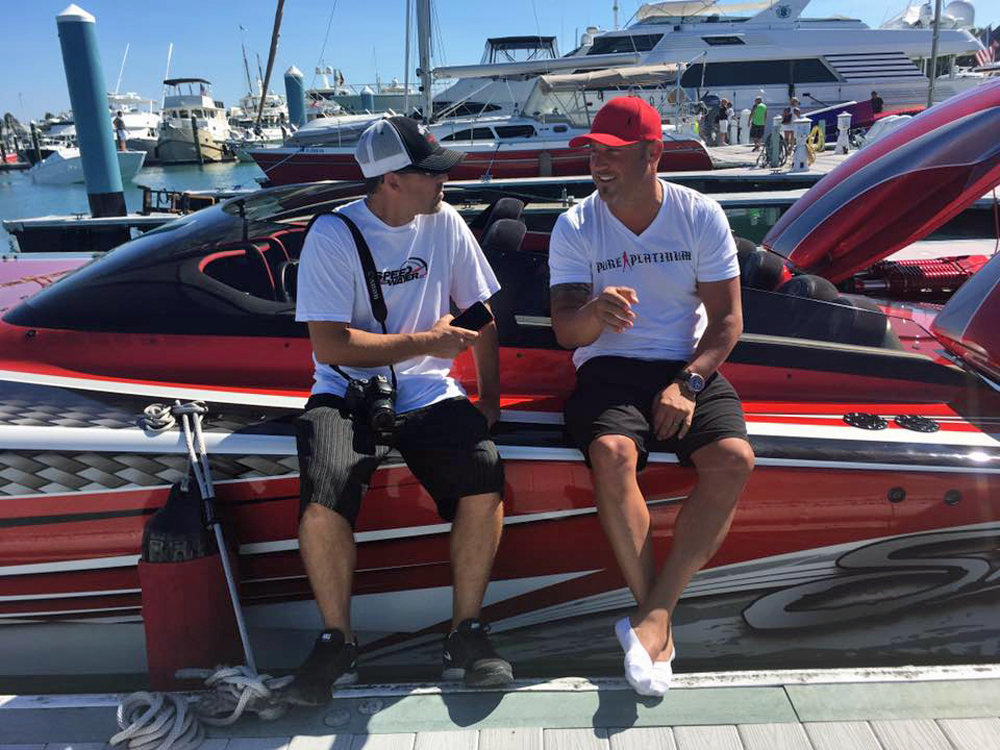 “Lickity Split went over. Not in the shootout. After.”

That was the text message I received last Saturday just past noon from my fellow offshoreonly.com columnist and speedonthewater.com co-publisher Jason Johnson, who spent most of last week in Lake Havasu City, Ariz., covering the Desert Storm Poker Run. For the first time in years, Johnson had to handle the assignment—a hefty one given that Desert Storm is a three-part event with its street party, poker run and top-speed shootout—solo as I had commitments elsewhere.

As it happened, Johnson stayed in the Lake Havasu City home of J.P. O’Donoghue, the owner of the Lickity Split DCB M35 catamaran involved in a tragic solo-boat accident after Saturday’s shootout, with O’Donoghue’s longtime friend, Brad Kloepfer and his wife, Connie.

It made sense. In covering the Lickity Split project closely since it began in 2015—he wrote six stories about it and even drove from Southern California to Arizona for the boat’s delivery and shakedown cruise—Johnson became friends with O’Donohue and Kloepfer. And they appreciated him and his extensive coverage so much that they had Visual Imagination of Pelicular, Mo., paint the speedonthewater.com name and logo on the color-matched hauler for the beautiful catamaran.

Johnson had planned to be home for Saturday night dinner with his wife, Stephanie, and their two little girls, Morgan and Colbie. It’s an eight-hour-plus drive from Lake Havasu City to his home in Pleasanton, Calif. If he left just before noon, he reckoned, he’d make it in time.

Instead, he arrived home just shy of 3 a.m. on Sunday.

That Johnson stayed to work on the story isn’t remarkable—it’s part of the job we sign up for as reporters. That he was able to work through his own powerful emotions, having said goodbye to a friend who would shortly perish on the water and watched another friend struggle in grief-fueled agony for the next several hours, and deliver an excellent story on the accident? That was outstanding. 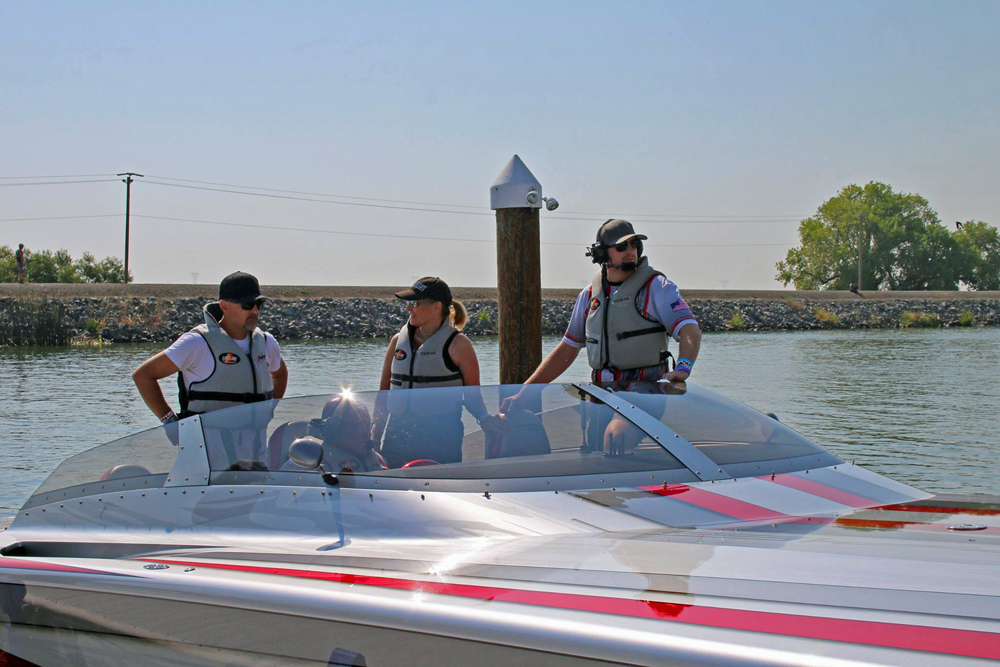 As part of his 2017 Big Cat Poker Run coverage, Johnson (left) rode with members of the Teague family.

We spoke several times during Johnson’s drive home. He told me he felt sick to his stomach. His voice cracked more than once. “This one is way too close to home, man,” he said.

Johnson didn’t rush to be “first” with the story—he knows that being correct is far more important than being first. He gathered as much information as he could before leaving Lake Havasu City for the long drive home. He made phone calls from his SUV. He paused along the way to make notes.

Stopping for a very late dinner at an In-N-Out Burger in Santa Nella in California’s Central Valley, about an hour from his wife and kids and a warm bed, he started writing his story. And after grabbing a few hours of troubled sleep at home, he rose Sunday morning to finish and publish it by Sunday afternoon.

Yes, it really is part of the job—the part where you swallow your emotions, put your head down and work. But precious few do it so well, particularly in our small marine media world. And that makes Johnson exceptional.

I am proud to call Jason Johnson my colleague and business partner. He stands out as a true professional. And I am even prouder to call him my friend.