You are at:Home»Uncategorized»Bring On Boyne

Last week, I snagged a few minutes of Chris Mills’ time, which is never easy to get leading up to the annual Boyne Thunder Poker Run in Boyne City, Mich.—a delightful community approximately 200 miles north of Mills’ Boat Customs facility in Caledonia, Mich.

He was busy putting the finishing touches on a few notable boats that are going to be showcased at this year’s 15th anniversary of the event that takes place July 13-14 on Lake Charlevoix, Round Lake and Lake Michigan. Likely the biggest showstopper on and off the water (assuming it’s on display at Friday night’s street festival), the Low Altitude Mystic Powerboats 50-foot catamaran owned by Tom Borisch is all set for the event, according to Mills, who sent the video I added to speedonthewater.com’s YouTube page of the boat’s turbine engines spooling up. 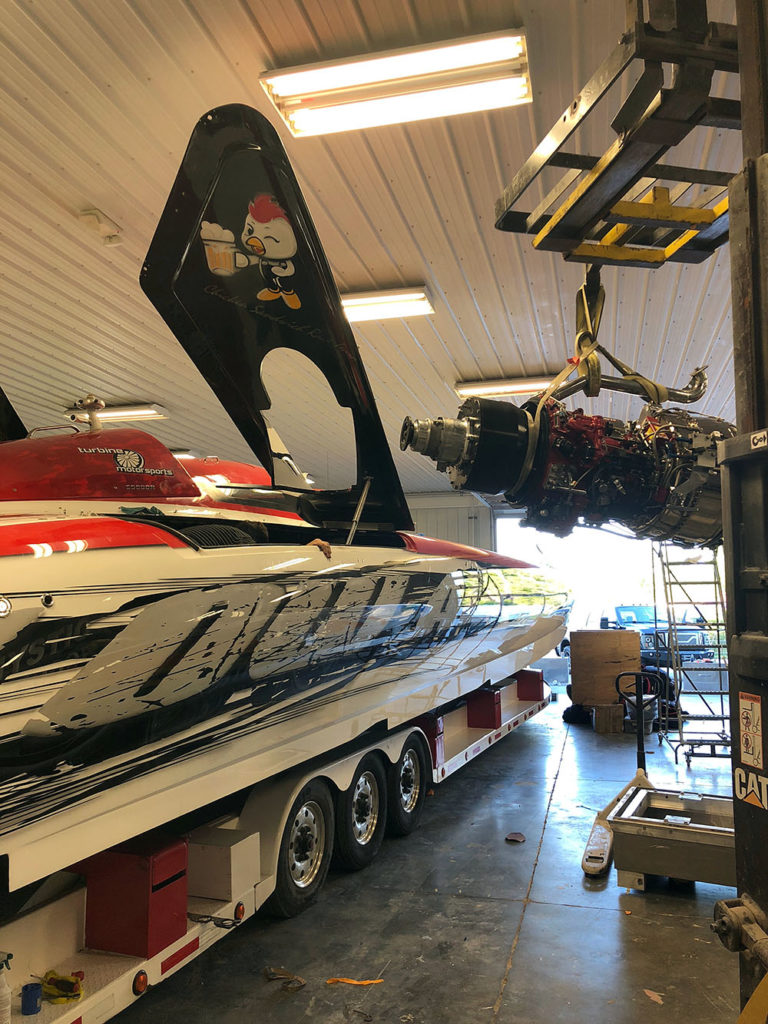 Tom Borisch is planning to bring Low Altitude, his turbine-powered 50-foot Mystic canopied cat, to the event in Boyne City.

Another boat Mills just wrapped up in time for the poker run is an updated Mystic C4400 cat powered by twin Mercury Racing 700SCi engines tuned up by Mark Boos of Precision Marine. The 44-footer is owned by Michigan performance boater Travis McDougall, who owned another standout Boat Customs’ project boat I wrote about for my OffshoreOnly.com column in May 2017—a 42-foot Statement Marine V-bottom he ran in the 2017 Boyne Thunder Poker Run. Mills said McDougall’s Mystic received a nice update to the existing paint job plus an interior overhaul.

The team at Boat Customs recently finished some updates to Travis McDougall’s Mystic C4400 catamaran that is going to be on hand for the Boyne Thunder Poker Run in Michigan next week.

Let’s not forget about the company’s biggest project as of late, another boat I’ve written about for my OffshoreOnly.com column—Dan and Lisa Sherman’s 46-foot Skater Powerboats catamaran that has been completely overhauled and is close to being ready for water testing. Based on a handful of paint and rigging updates I’ve seen, I believe Mills when he said he expects the boat, which has twin Sterling Performance engines, to make a huge splash at the event in Boyne City. From the sound of his voice, the Skater is pretty far up the list of projects he’s most proud of. I know I can’t wait to see it in person later next week. 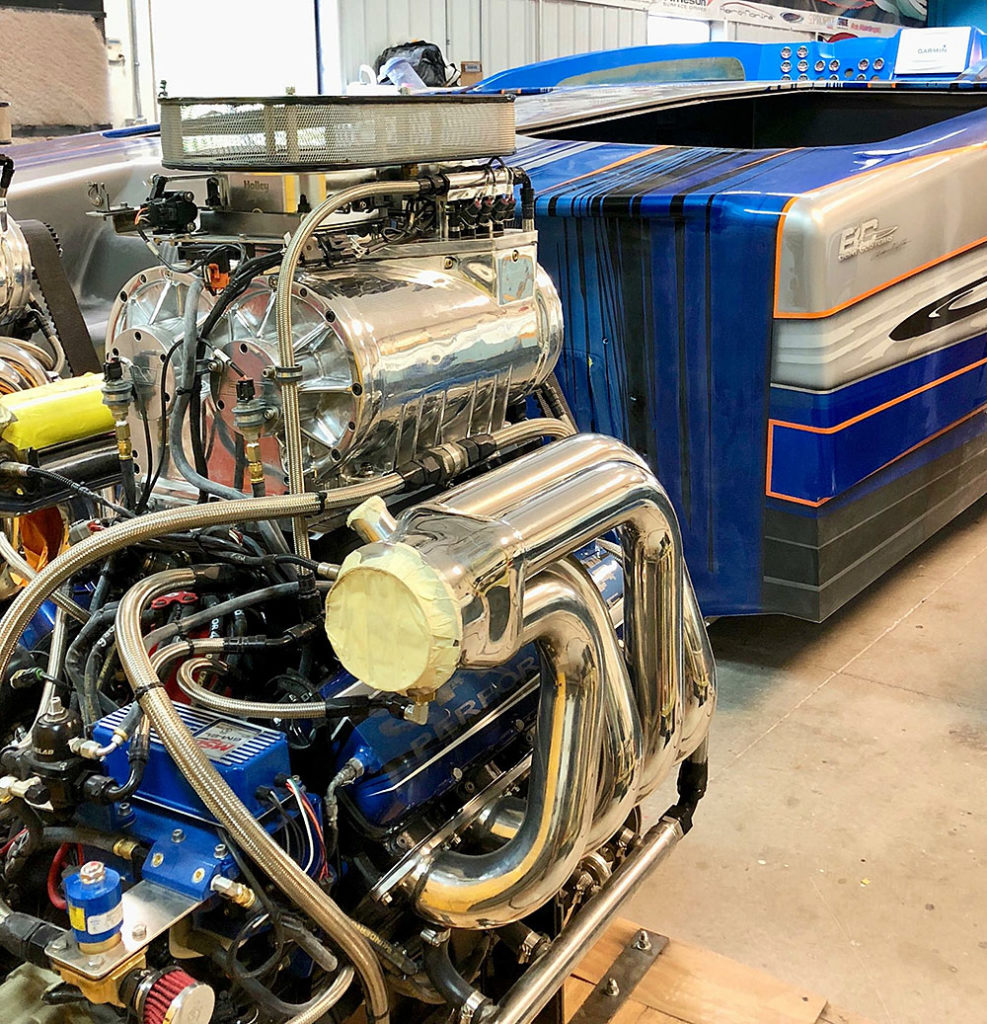 Dan and Lisa Sherman’s 46-foot Skater, which was overhauled by Boat Customs, should get a ton of attention at this year’s poker run.

Along with the cool stuff Mills and his crew are bringing, spectators at the run can count on everything from high-end center consoles and exotic offshore cats to classic Apaches, Cigarettes, Fountains, Scarabs and more, not to mention several people showing off new boats at the event such as Ron Szolack’s latest Mystic M4200 luxury performance center console powered by triple Mercury Racing Verado 350 engines. Rumor has it a super-fresh MTI cat—wink, wink—could be on hand for the run as well.

Of course I’ll be trying to keep up with any other boats or highlights I come across while in town for a few days breathing in the fresh air, taking in the amazing scenery and soaking up the friendly vibes of Boyne City that are difficult to find anywhere else in the country.

Bring it on Boyne—everyone appears to be ready.