You are at:Home»Uncategorized»Thanks For The Memories

Seriously this year, while not yet over, has created some lasting memories. There were first-time excursions to the Tickfaw 200 Poker Run, the Lake Cumberland Thunder Run and the West Michigan Offshore Rock The Coast Fun Run. Of course there were debuts of new models at the Miami International Boat Show in February, an out-of-this-world trip to the 11th annual Lake Powell Challenge and a fun-filled Key West Poker Run with my friends from Nor-Tech Hi-Performance Boats and my new friends from Norway in one of the company’s latest 390 Sport center consoles powered by the new-for-2019 triple Mercury Racing 450R engines.

I reported on new boats delivered to friends such as California’s Dave and Buffie Megugorac, who got their new DCB M44 Widebody Bananas XL early in the year, Burton and Yvette Kirsten, whose new Outerlimits 46 catamaran JET stole the Miami show, and Mark and Nancy Tuck, who ran their new Wright Performance 360 sport cat in the Key West Poker Run. I even got to be part of a marriage proposal with new friends during the Lake Cumberland Thunder Run, which ended up being the subject of my mid-June OffshoreOnly.com column.

There was also an event-filled Lake of the Ozarks Shootout in which I watched Don Onken’s American Ethanol Mystic catamaran bring home an unprecedented fifth-straight overall Top Gun trophy and took a ride with John and Julie Tokar in their incredible canopied Outerlimits SV 43 Kahuna, which was repowered with Mercury Racing 1350/1100 engines weeks earlier, in a fun run organized by Outerlimits owner and local powerboat enthusiast Michael “Doc” Janssen. 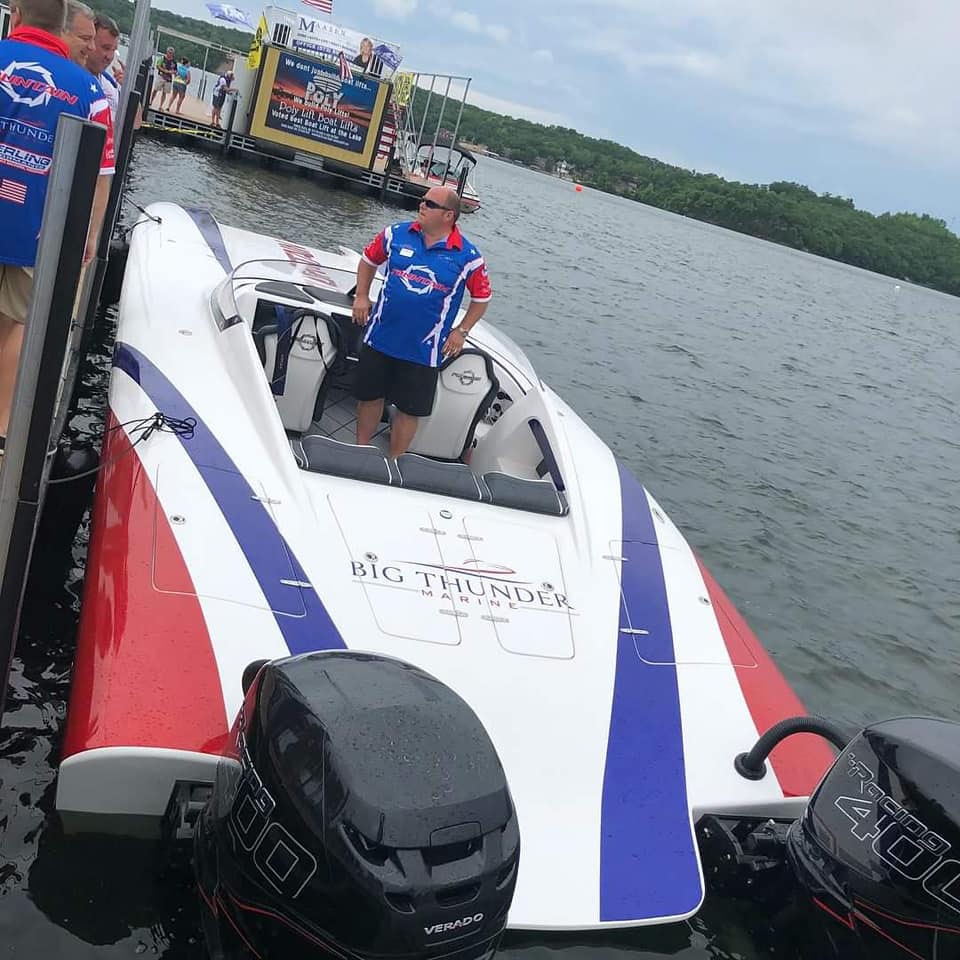 The loss of Iconic Marine Group’s Joe Curran was a tough one this year. Photo courtesy Big Thunder Marine

Despite all the new boats, events and products that led the list of 2019 headlines, one thing I’ll never forget about this year was the last exchange I had with a boat industry veteran I’d only come to know the past few years—Iconic Marine Group COO Joe Curran. The multi-talented Curran was one of the last people to leave the Speedonthewater.com industry cocktail party during the Miami International Boat Show, and on his way out he told me that one day, when he grew up, he wanted to work for Speedonthewater.com. While I know he had the chance to play football professionally when he was younger, he probably could have been a comedian too. Luckily he chose the boat business. Sadly he died a few weeks after the show at age 55.

Then there was yesterday’s news of the passing of the legendary Paul Fiore, who founded Hustler Powerboats in New York. I still remember the first time I flipped open a back issue of Powerboat magazine—February 2002 to be specific—that pre-dated my time with the “world’s leading performance boating magazine” in which Fiore, and his son, Mike, were pictured on choppers in front of one of Mike’s latest creations at the company he started after leaving Hustler—Outerlimits. 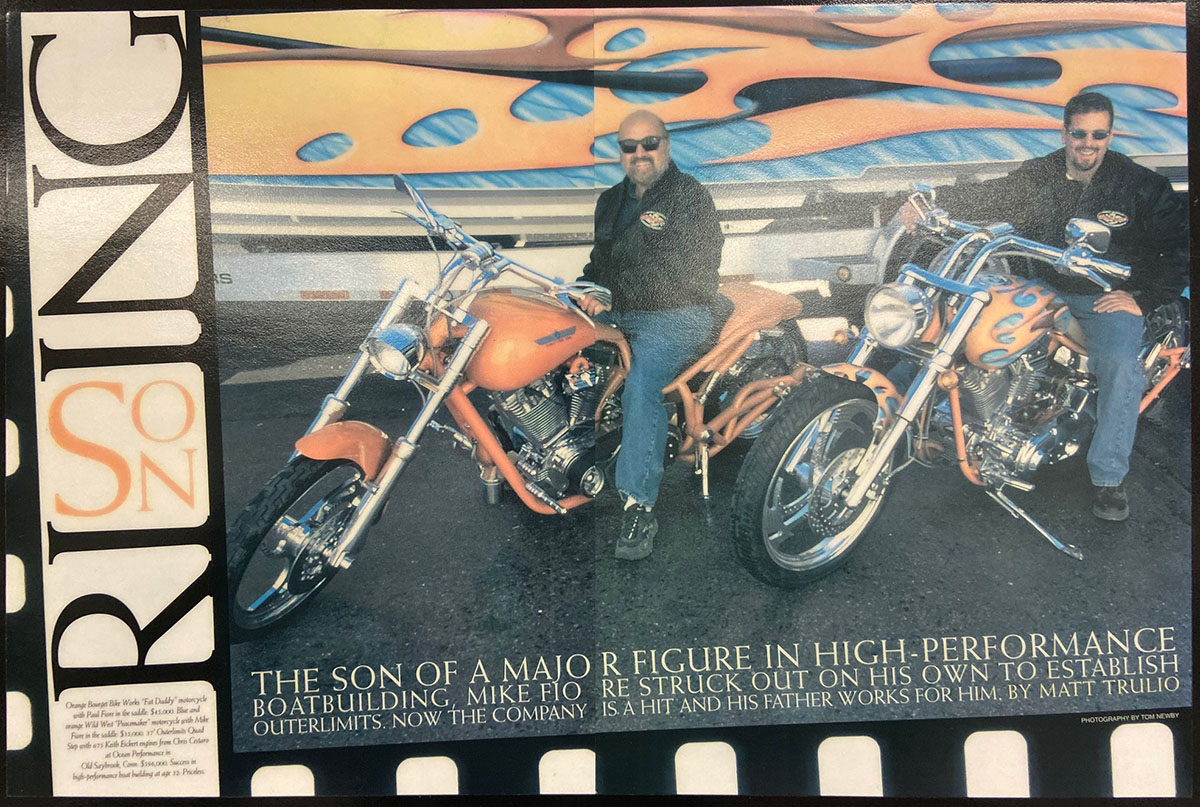 The talented Paul and his Mike Fiore were frozen in time thanks to the also talented and gone before his time Powerboat magazine photographer Tom Newby.

Between the story written by my Speedonthewater.com co-publisher Matt Trulio and the images taken by the late-great Powerboat photographer Tom Newby, it’s one of my all-time favorite features in a magazine that was known for in-depth boat tests complemented by colorful stories from some talented writers.

So here’s to Paul and Joe, as well as the legendary Italian boat designer and racer Fabio Buzzi, who lost his life along with two others following an endurance racing accident in September. And here’s to making more lasting memories—of the more positive kind—next year.