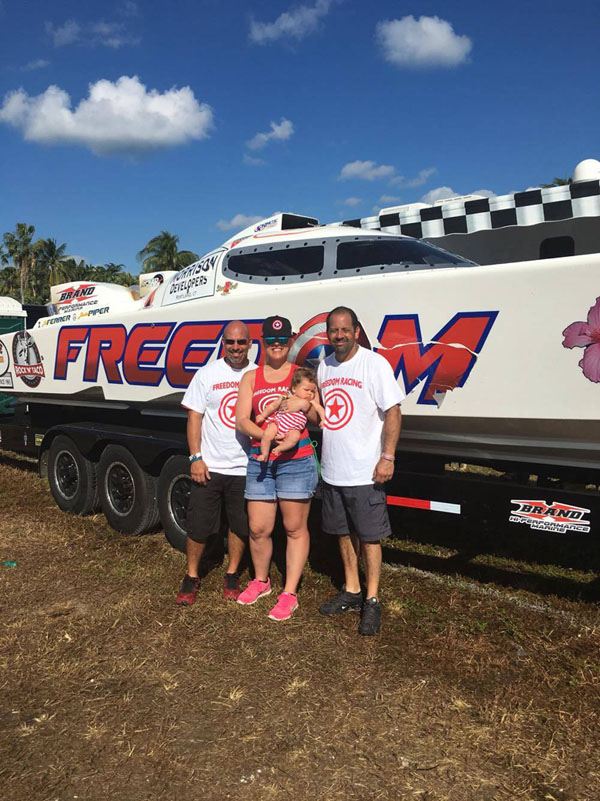 If you’ve never met the outspoken, reliable, hard-working owner of Brand X Hi-Performance Marine, Jason Ventura, here’s all you really need to know about him: Ventura is not afraid to tell it like it is and, without hesitation, he’ll do whatever it takes to assist his friends and clients, most of which are interchangeable.

I’ve known Ventura since I was with Powerboat magazine and he was with Outerlimits Offshore Powerboats, and from that time on — especially since he’s owned Brand X and his newest venture, Brand X Brokerage and Sales — the talented mechanic and setup man has always been a busy guy. Heck this year alone I hung out with him and his lovely longtime girlfriend, Celeste Segredo, at three of the dozen-plus events he attended and worked—the Pirates of Lanier Poker Run in Georgia, the Lake of the Ozarks Shootout in Missouri and, most recently, the Key West Poker Run in Florida.

The latter gave me an added appreciation of just how busy Ventura really is. His work in Key West not only included the Super Boat International Offshore World Championships, but he was also crew chief and driver of Freedom: the Fountain Powerboats V-bottom that runs in the Superboat Extreme class, alongside owner Joe Ferrer, whose wife (and teammate) Jackie Piper-Ferrer recently delivered a baby girl and opted not to race this year. 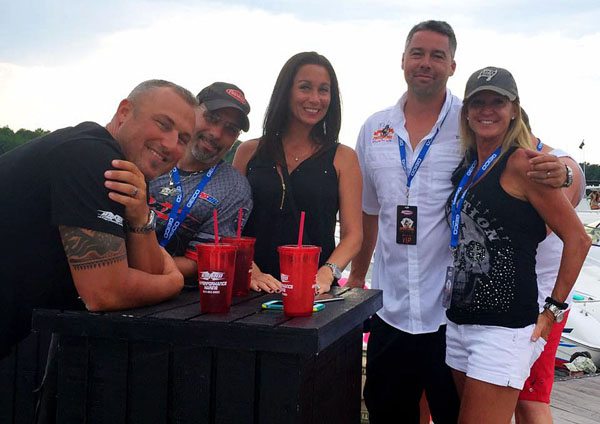 Ventura admits that racing takes a toll on his body — the team finished third overall behind the first-place AMH Construction/Instigator Fountain and the second-place Cooper Standard Fountain — but he truly enjoys being part of the Freedom team with the Ferrers.

Obviously his involvement with the Florida Powerboat Club’s poker run from Miami to Key West was less than normal due to a demanding race schedule. Still, the impact he, Jordan Becher and rest of the team at Brand X had on the event was quite noticeable. In fact, one of the biggest stories of the week had Ventura’s hands all over it. 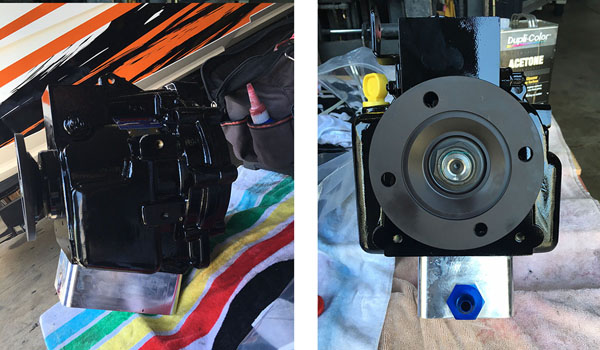 He also was instrumental in making sure Georgia’s Beau and Tiffiney Renfroe and the rest of the crew in their Dirty Money Skater 368 had an enjoyable time in the poker run. A couple of months ago, Brand X installed BAM Marine’s newest product — the Cyborg NEXT, an upgrade/replacement for the Mercury Racing NXT transmission — and the Renfroes have been enjoying their boat, which is powered by twin Mercury Racing 700SCi engines, without any issues. According to Ventura, the new BAM upgrade package is pretty simple to install and makes a huge difference in the durability of the drives, especially for someone who enjoys boating offshore.

Those are just a few examples of the boaters that relied on Ventura and his one-stop service shop to get them to and from Key West this year. And while he’s generally available to take on new customers, Ventura stressed the new side of the Brand X business — helping customers buy and sell boats with ease.