You are at:Home»What?!?»Beware The Ides Of March 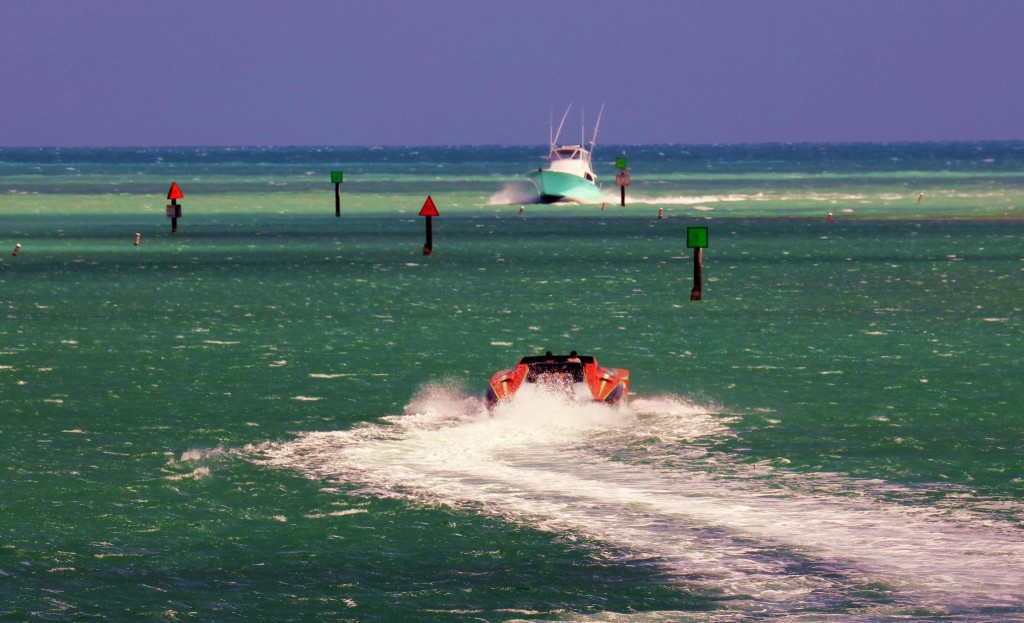 Don’t despair—views such as this during organized boating events are just around the corner. (Photo by Pete Boden.)

As major organized events go in the high-performance powerboating world, March is a wasteland. And today being March 15—the true “ides of March” for those of you who care about such literary references—I started thinking about how and why the 16 days ahead of us will be as dead as the 15 days that have almost passed.

While you could make a strong case for December being quieter than March, there are two good reasons for that. First, the holidays. Hard as they are on the wallet, people just can’t get enough of them. Second, the weather. Even Arizona and Florida experience “bad” weather in December.

But March really doesn’t have those excuses. Sure, there’s Easter, but that can fall between March 25 and April 25 and it does not involve the kind of nonstop celebration that pretty much consumes December. (And I’m all for it.) As for weather, the predicted high today in Lake Havasu City, Ariz., is 84 degrees. The predicted high today in Miami is 85 degrees. No rain is in either forecast.

So why isn’t anything organized happening in those go-fast boating hotbeds?

Spring break. Hogwash, you say? Only if you don’t have kids, I say.

March is—far and away—the biggest spring break month of the year, and I’m not just talking about for college types such as my son, who just graduated from the University of Oregon after four years of classes between spring breaks or my daughter, who come fall will start attending college classes at one of the crazy-expensive schools that accepted her between spring breaks. (Yes, I’m financially stressed.) I’m talking about children of all ages. They all have spring break. And what makes it worse is that from pre-school to high school, no two schools seem to hold their breaks during the same week in March.

But don’t take my word for it. Just ask Stu Jones, the head of the Florida Powerboat Club.

“March is tough,” said Jones. “You’re coping with spring break and the generally high levels of tourism in Florida at that time. That puts a lot of demand on the hotel infrastructure, which makes it hard to secure premium accommodations. And a lot of families, including my own, have kids home for spring break.”

As it happens, help is on the way as the Florida Powerboat Club’s next poker run is set for the first weekend in April and the Desert Storm Poker Run event will happen during the last week of April. After that, there’s at least one organized go-fast boating almost every weekend through August.

As of noon today, you’ll be halfway through this too-quiet month. So hang in there. It’s only a matter of time before things pick up.