Journalism isn’t science or art. It’s a craft. And regardless of their skill level or experience, craftspeople make mistakes. The better they are, the fewer they make but errors are inevitable. Lord knows I’ve made my share during the years.

Misspelling a name is about as embarrassing as it gets—trust me on that one. Messing up facts such as boat length or power also isn’t any fun. Nor are grammatical gaffs such as omitted words (trust me on that one, too). And if you don’t know the difference between to, too and two or they’re, their and there, you can pretty much forget about the “tricky stuff” such as where the apostrophe is supposed to go or how to use double and single quotation marks.

But while hardly desirable, all of that, at least in small infrequent doses, is forgivable because it does no harm. Here is what’s not: Reporting a death in an accident when a death didn’t happen—or when the person in question hasn’t actually died. 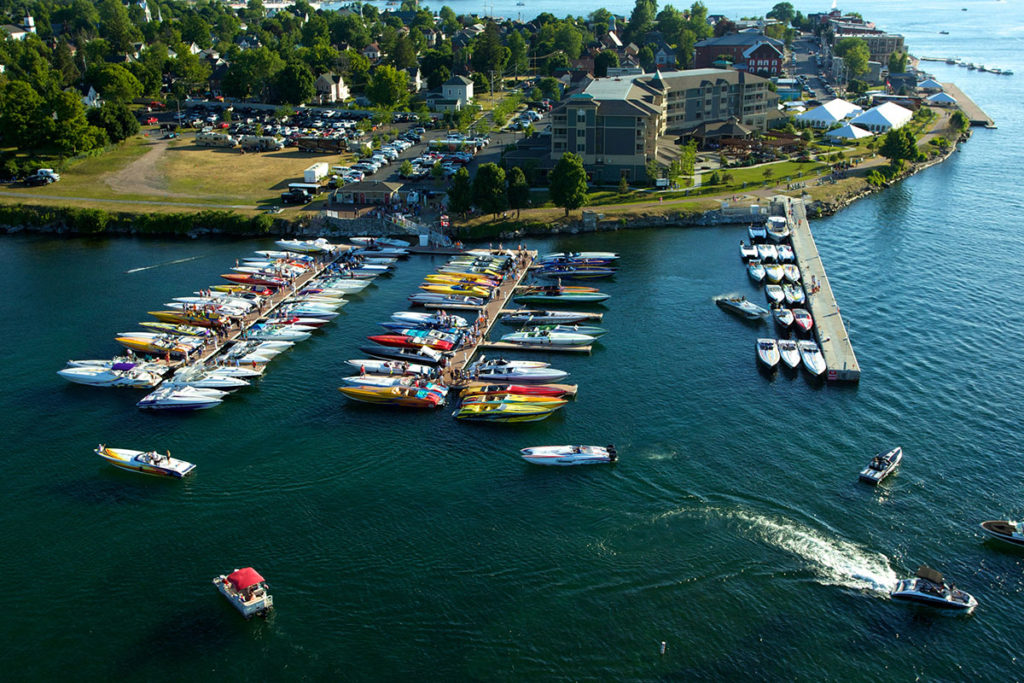 Long before the facts were in, report of a fatality during a solo-boat incident in which no one on board sustained major injuries during the 1,000 Islands Charity Poker Run appeared on Facebook. Photo courtesy/copyright Tim Sharkey/Sharkey Images.

In the past eight months as it relates to the high-performance marine world, I’ve seen both of those kinds of horrific errors—and that is a kind description—occur no less than three times.

For professionals—meaning people who make a living or try to make a living in media—that’s an error that can’t be pardoned. Reporters lose their jobs for it, just as editors get fired for letting it happen. The process of reporting a fatality is complicated and arduous and not for the faint of heart, much less the lazy or unqualified. For any number of reasons, it’s the worst part of this job.

But does the same level of responsibility apply to those attempting to post information regarding fatalities on social media outlets such as Facebook? From a professional standpoint, unless you happen to be a media professional, probably not.

But from a moral or ethical standpoint? Absolutely.

As you’d guess without much trouble, I’m a fierce advocate of free speech, and not just for speech I agree with. (It’s actually more important that devout free speech advocates support the right to speech they don’t agree with, but that’s another topic for another time.) But with our right to free speech in the public realm comes the responsibility for our words. (That’s why reporters have bylines.) And you can rightly expect people to have reactions to those words as they, too, have the right to free speech.

So to all the aspiring reporters out there on social media, as well as would-be pros, trying to report on death, here’s a gentle suggestion: Slow down. Or just stop. Being “first” doesn’t matter if you’re wrong, and when it comes to reporting fatalities the repercussions for getting it wrong can be devastating.

Yeah, it’s just Facebook and it probably won’t cost you your job. But that kind of fatal flaw will, in fact, cost you your credibility—forever.