Thanks to a push from a couple of its dealers—Day’s Boat Sales in Frankfort, Ky., and Lakeside Marine and Motorsports in Gainesville, Ga.—the crew at Glasstream Powerboats has started to ramp up its focus on building its offshore-worthy center consoles with more customization and performance-oriented features than ever before. 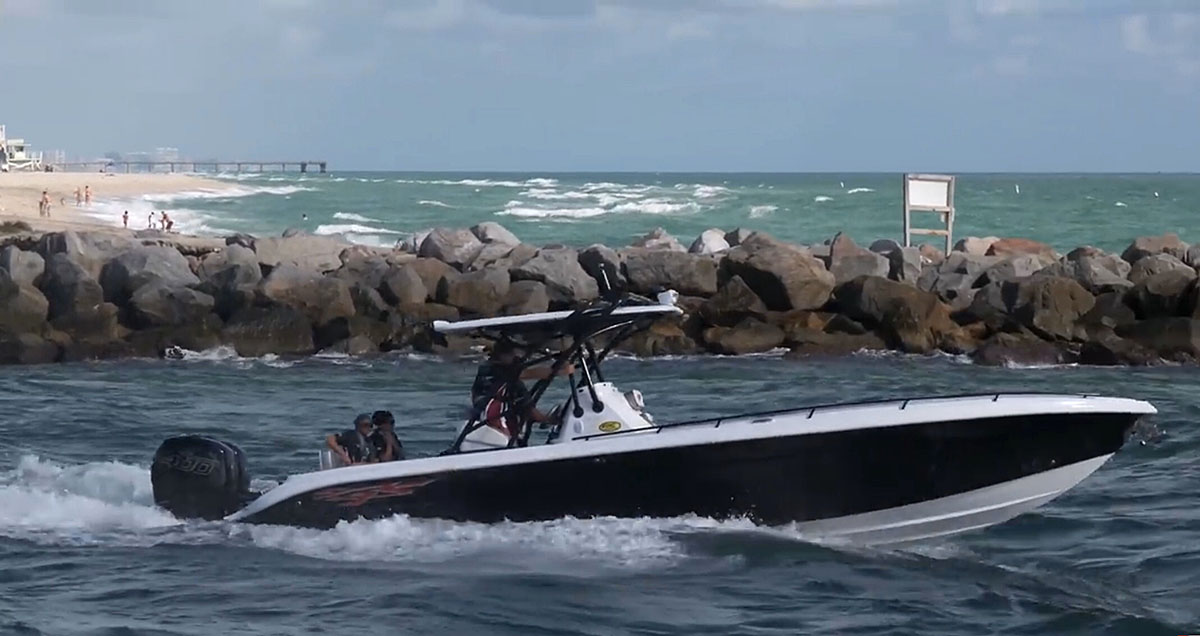 By no means is Glasstream abandoning its family boating mentality, but the Dothan, Ala.-based company is most definitely expanding its footprint in the boating world. This year alone, the company’s first poker run edition 360 model and the first Glasstream with two rows of bolster seats took part in the Desert Storm Poker Run in Lake Havasu City, Ariz., at the end of April and there were several models from the boat manufacturer on hand for the Lake Cumberland Thunder Run in June hosted at State Dock Marina in Jamestown, Ky., thanks to Bill Day and the team at Day’s Boat Sales.

The Glasstream participation was included in my coverage of both of those events—in fact, my OffshoreOnly.com column at the end of April focused on the Lakeside Marine trip to Arizona. Most recently, following appearances at the Florida Powerboat Club’s Emerald Coast Powerboat Poker Run in August and the Lake Cumberland Poker Run in September, the Glasstream team went all in for the Florida Powerboat Club Key West Poker Run with Day running his dealership’s brand new 328 SCX model that was loaded with high-end features.

Starting with the twin Mercury Racing Verado 400R engines hanging off the back, the 32-foot twin-step hull is loaded with a huge JL Audio system, dual 12-inch Lowrance LIVE GPS/fishfinders, a windlass anchor, RGB LED lighting throughout, a custom three-tone interior with Ultra Suede accents, Hydrodeck flooring and a swim ladder. It has a totally usable cabin up front with a TV, air conditioning and a sink, plus there’s a private head ahead of the console with a macerated toilet and a sink. In all there are three sinks on the boat and plenty of storage and cooler space.

Although I didn’t get a chance to visit with Day in Key West, I caught up with him and Ashley Strong, director of sales and market development for Glasstream, yesterday to discuss how their first time participating in the Florida Powerboat Club’s premier event of the year went.

“The Key West Poker Run has been a bucket list item for me and my wife, Tammy,” Day said. “I’ve been to Key West before and been there for the races and the poker run, but I’d never done the run from Miami to Key West. It was awesome. We’ll never forget it—mainly because my daughter, Tristan Ventimiglia, got engaged to my future son in law, who I call my buddy in law, Heath Hager. I knew he was going to propose, but the girls didn’t so it was a nice surprise.

“In terms of the 328 SCX and its performance, I think the thing I was most impressed with was that Glasstream built a boat for me that was ‘ready to go’ for the poker run,” he continued. “We flew to Florida, showed up and the boat was on the trailer; all we had to do was put some gas in it and go to West Marine and get lifevests and a couple of coolers. We ran it 185 miles to Key West without a single hiccup. The engines have 8.7 hours on them now—all from that trip, which was so awesome. The reaction to the boat was fantastic. People were really impressed with it.” 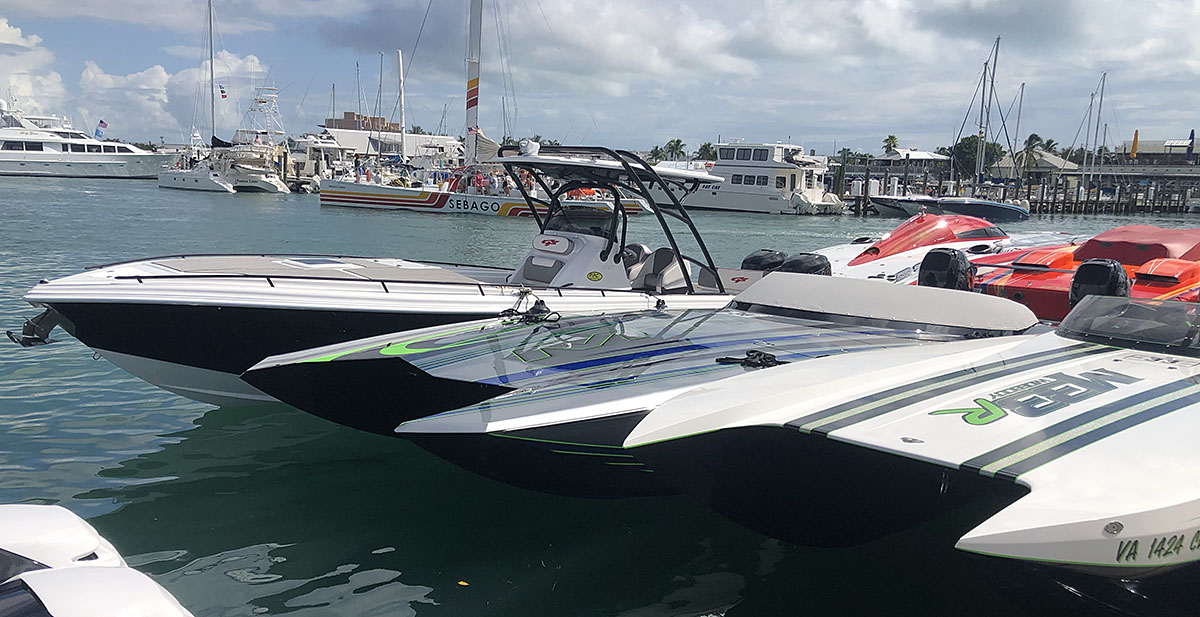 The 328 SCX looked good rafted up next to some of the other impressive boats in the Key West Poker Run from MTI, DCB Performance Boats and more.

According to Day, the price point is the real eye-opener with most people he’s talked with about the boat, which also was on display at the Fort Lauderdale International Boat Show the week before Key West. As equipped, Day said the 32-footer he ran to Key West is priced at a little more than $200,000 and that someone can get one for less than $200,000 with the new Mercury Racing 300R engines—still a 65-mph boat, he added.

“We ran the boat 73 mph on the way down to Key West and there was four of us on board, the boat was full of fuel, we had two fully stocked YETI coolers and all eight of our suitcases that weighed 40 pounds each were stashed in the cabin,” said Day , who is also a big fan of Glasstream’s 36-foot center console and has a few on order from the factory. “A.L. (Kirkland, the founder of Glasstream) said he had this boat 78 mph by himself in testing. He’s one of the main reasons I love working with Glasstream. A.L. has a ‘let’s try to make it happen’ mentality. He gets it and I think some of my suggestions have helped get his wheels turning.”

Strong said she made the trip from Miami to Key West in the company’s 360 powered by triple Mercury Racing Verado 400R engines, which tops out in the upper 70-mph range, and had a blast in her first Key West Poker Run.

“By partnering with Day’s Boat Sales, we’re starting to get more involved with this market and there seems to be a huge door opening for us,” Strong said. “Bill has some great ideas and he’s definitely helped us take things a step further. We’ve supported the Emerald Coast event for quite a few years, but we started to have a larger presence and sponsor it the past two years. Between that and several other events, we feel like we’re starting to really get the Glasstream name out there.” 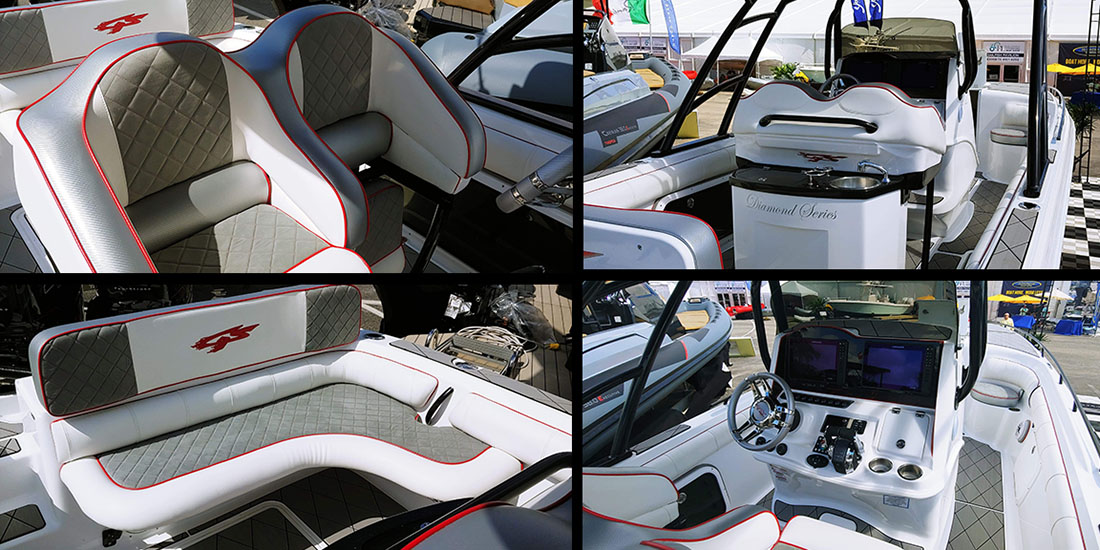 Strong said the company is looking forward to taking its involvement in the performance boat industry even further in 2020 and has some big plans that are going to be unveiled at the Miami International Boat Show in February.

“Glasstream and its dealers have always done well with the fishing, family, SUV-style vessel, and now we’re excited to be able to offer a custom boat within a reasonable price point,” Strong said. “The more we participate in the culture—the poker run/lake life scene—the more we get to know what the customers want. Bill sets his boats up a certain way and he’s got a good eye for it and a good following. We’re starting to gain a nice following in the industry, too. With help from Bill, people are starting to see that we have a true SUV-style boat for poker runs, raft-ups, sandbar gatherings, fishing and more.”