You are at:Home»Awesome»Capturing A Year On The Water

“Did I finally make the cover this year?”

That was the text I received from Michigan’s Ron Szolack three days ago. Not “Hey buddy, how’s it going?” or “Great seeing you in Key West last month” or even “Can I get another free Stephen Miles-designed speedonthewater.com T-shirt?”

Nope, none of that. Just “Did I finally make the cover this year?”

Damn, Ron, I thought, don’t be shy. Why waste time with small-text pleasantries when you can ask a direct question?

Then again, when a guy like Ron Szolack, a dude who buys and sells exquisite Skater catamarans, such as his new eight-seat 38-footer, the way most people order and consume pizza cares enough to ask the question you know—at least to some degree—you’ve accomplished something. 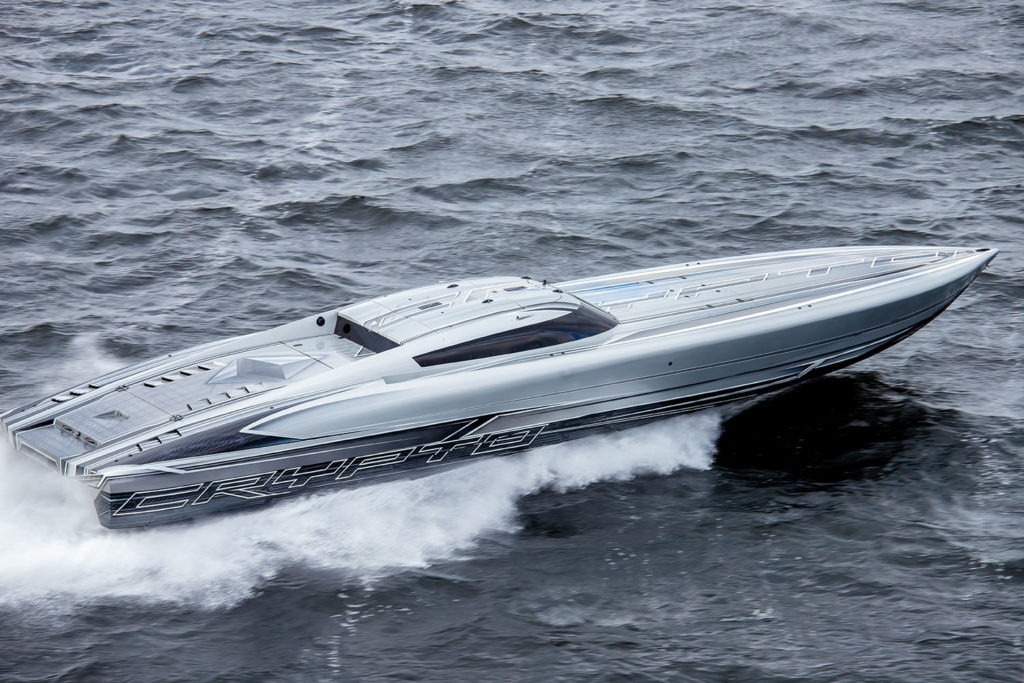 The upcoming Speed On The Water Year In Review print edition will showcase the best of 2018, including the breathtaking Outerlimits SV 43 sportboat called Crypto. Photo by Halsey Fulton courtesy of Outerlimits Offshore Powerboats.

Of course, Szolack was referring to the upcoming 2018 Speed On The Water Year In Review print magazine, a 196-page collectible edition that will be published and distributed for the fourth time next month.

Jason Johnson, my fellow offshoreonly.com columnist and speedonthewater.com co-publisher, and I currently are in the thick of producing that magazine. Between now and the time he uploads the last PDF layout to our publisher in Minneapolis and we can exhale, it will consume us. That’s not a complaint, just reality. We asked for this.

In fact, as career journalists both in love with print magazines our entire lives, we dreamed of it. The Speed On The Water Year In Review edition is the kind of no-expense-spared print project most ink-stained wretches, as my former Powerboat magazine editor Doug Thompson liked to call his news writers and reporters, would be honored to be a part of, much less publish.

In addition to daily content on speedonthewater.com and the annual print edition, we produce six digital magazines a year. From a business standpoint given the continually declining state of print media and the tiny market speedonthewater.com covers, digital makes sense. We’d rather produce six excellent digital magazines that show a profit than six low-rent print editions that struggle to survive.

But in a not-so-strange way, our daily coverage of the high-performance powerboating world—we’re far from perfect but we don’t miss much—on the website makes the Year In Review edition possible. Without that constantly updated news archive, researching, planning and compiling an issue that chronicles an entire year of new boats, events, racing and more would be a nightmare. Strike that. It would be impossible.

So the irony of daily digital news paving the way for an annual print magazine isn’t lost on us.

Still, the question remains: Will Szolack’s Skater 388 make the cover of the 2018 Speed On The Water Year In Review print edition?

As I responded to him via text, there’s only one way to find out. Order one and wait for it to arrive in the mail.

Like my friend Szolack, I am nothing if not direct.