You are at:Home»Awesome»Closer To The Heart And 5,000 Miles Away

A week ago today, I arrived in Stockholm, Sweden, to cover a pair of poker runs. When I leave Monday morning, I’ll return with two Swedish poker runs under my belt and—I hope—a couple of great stories to tell. Save for the long flight, going back to Northern California will be easy. California is my home and I miss it.

But leaving here? That will be hard.

Because when you’re on the road and far away from home, you make more than memories. You make friends. Different languages and customs and foods aren’t barriers. They bring you closer.

Last Friday night, for example, on the eve of the Dalarna Poker Run on Lake Runn just outside the city of Falun, I tried Swedish caviar. I’d never seen caviar, much less brownish-gray caviar, dispensed from a thick plastic tube and served on half of a gelatinous semi-hard-boiled egg.

But my new best friends and world-class hosts Vuokko Lahnalampi and Ulrica Persson—both from the tiny town of Smedjedbackens, the site of this weekend’s poker run—insisted I try it. So I did. 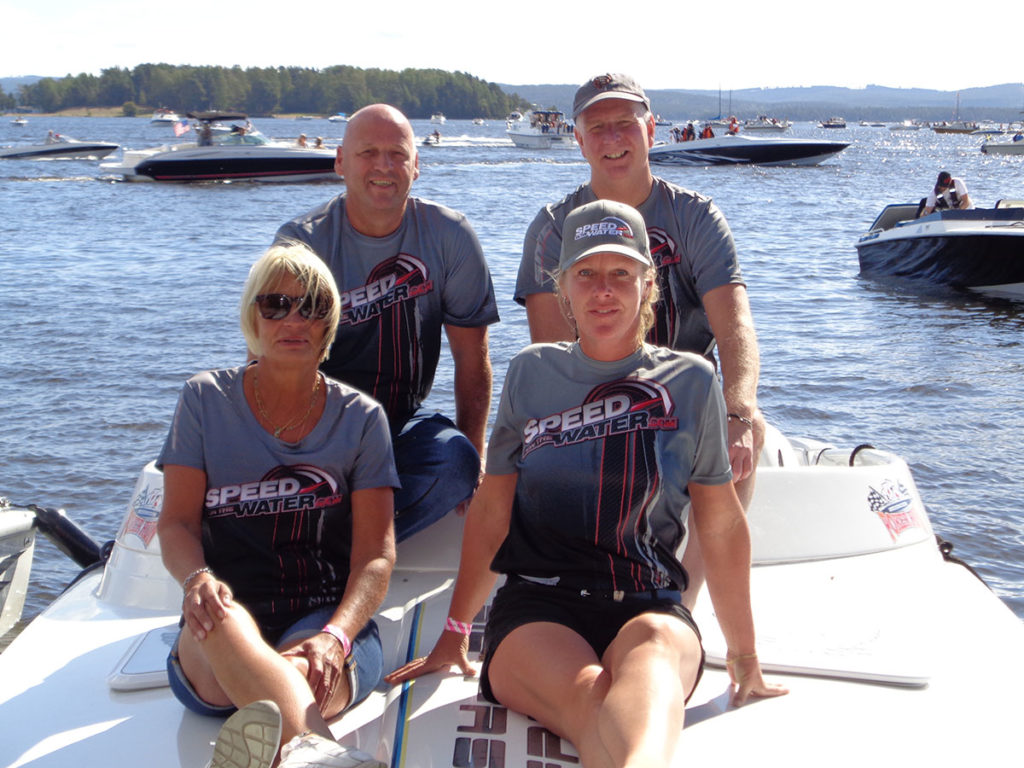 Swedish caviar tastes a lot like the bottom of the ocean; you know, the place where dead sea life goes to rot. But my struggles with this new food—and I’m being kind—sent an entire cabin full of people howling with laughter for the better part of an hour.

Vuokko and Ulrica will be my dear friends for life, as will Vuokko’s boyfriend Mikael Hedberg, who urged me not to try Swedish caviar. If memory serves, Hedberg, who is organizing this weekend’s Smedjedbackens Poker Run, was the first to get me something to wash down what was—hands-down—the worst thing I have ever tasted.

Cheering on this Swedish form of culinary torture were my new Dutch friends Helmich Hillen and Nando Giesen, who are riding together in Hillen’s 27-foot Checkmate V-bottom in both events. Actually, Hillen and Giesen had to head up to Stockholm this week with Hedberg to get the upper unit of Hillen’s Bravo drive repaired. I don’t know how that turned out just yet. 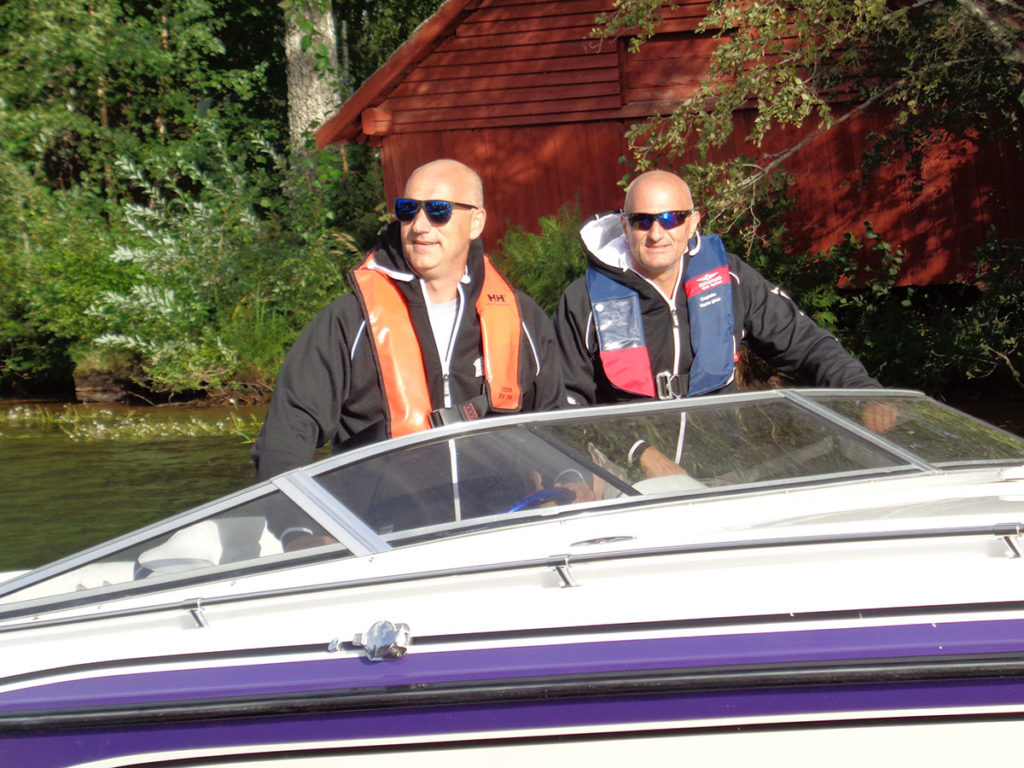 “That’s the game,” he said with a smile and a shrug before he hopped in a truck with his friends and drove three hours to see if his drive and this weekend’s fun on the water could be saved.

But then, what’s a three-hour trek to Stockholm when you hauled your 27-foot V-bottom 24 hours from Holland just to be there?

Some road-trips are bumpier than others, right?

Last weekend’s Poker Run Dalarna was organized by Jan Holmqvist, another new Swedish friend I made at the Dalarna event, and I have promised to ride with him in his pretty 36-foot Cigarette Gladiator powered by 750-hp Zul engines. By then, the broken toe on my left foot should stop throbbing.

Yes, that’s right, somehow I managed to break my big toe (now black and purple and vermillion) in a freak moment on Hedberg’s Formula 312 FAS3Tech, which led to an aborted—after three hours of waiting for nothing—visit to a Swedish “emergency room” followed by hours of laughter.

Monday morning will be here quickly and between now and then I know I’ll make more lifelong friends, none of whom speak my native tongue. I’ll try not to break any more bones in the next few days.

Of course, just as sure as Swedish caviar is something no sane person should ever put in his or her mouth, my heart will break a bit when it comes time to say goodbye.