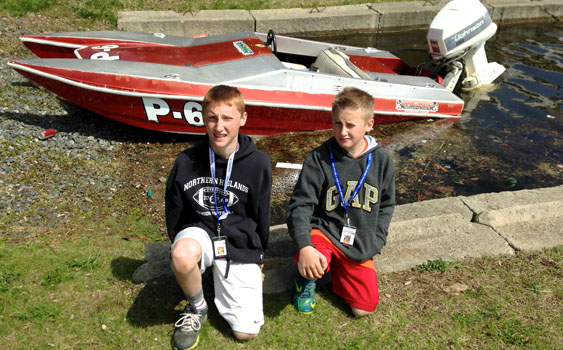 Despite the fact that the race teams, offshore racing fans and the leadership of the Offshore Powerboat Association put a brave face on it, the cancellation of last weekend’s second race of the season on Lake Hopatcong in New Jersey had to be disappointing. When 30 teams show up for a race that doesn’t happen because the elements—in this case a too-high lake level thanks courtesy of torrential rains—conspire against it, there’s plenty of disappointment to go around. (The good news, of course, is that 30 teams showed up for the second race of the year, which bodes well for the 2014 OPA season.)

Among the folks who were understandably bummed out that the races didn’t happen was photographer Tim Sharkey, who has shot OPA races, as well as New Jersey Performance Powerboat Club events, for years and recently launched a new custom offshore racing video service. Sharkey was pumped to shoot the first race of the season in an area he truly loves—he even planned to work late into the night to get images to speedonthwater.com for the first of what will be a series of post-race wrap-ups by offshore announcer and commentator Mike Yowaiski.

But the races didn’t happen, so Sharkey found himself on the shores of Lake Hopatcong with nothing to shoot. Or so he thought until he spied a 13-foot “Fun Cat” built in 1985 powered by an 88-hp Johsnon outboard engine scooting across the water. The little boat grabbed his attention immediately.

“I decided to stick around the lake waiting for something sensational to happen and eventually something [did],” Sharkey said. “I heard this screaming outboard coming down the lake, and the boat makes enough passes for me to shoot still and video. It seemed very well driven in cornering and in the straights. Between the driving and the throttling, there just seemed to be something special about it.” 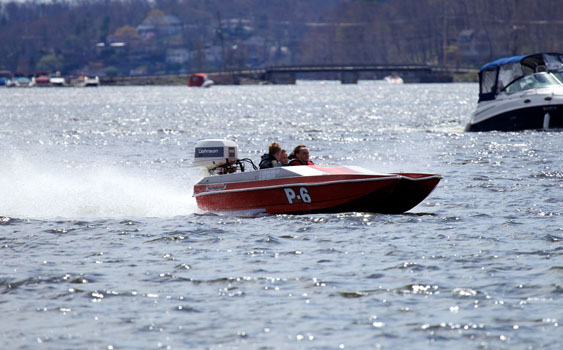 With OPA’s Lake Hopatcong race cancelled, photographer Tim Sharkey had to find other action to shoot.

Turned out there was. When the 13-footer reached the docks, Sharkey discovered that its pilots were the 10-year-old Jax Muller and his 13-year-old brother, Chase, the sons of seasoned OPA racer Jay Muller, who also was the chief organizer of the Lake Hopatcong race that had to be scrubbed after he put many, many hours into putting it together.

“Like father, like sons,” said Sharkey. “When I caught up to Jay, he told me a story about the two boys taking out his 32-foot Skater, with Jay on board of course, and taking the family to dinner. One of them throttles and the other one drives, and they can drive and dock the boat perfectly.” 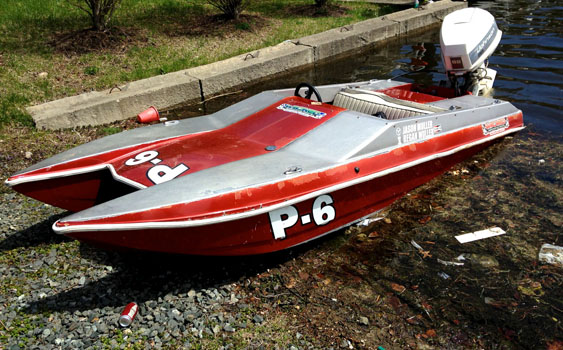 Jax is the aspiring throttleman. Chase is the hopeful driver. They have an older brother, Jason, who is 14 years old, and a younger sister, Regan who is 8 years old. Both are also into boating.

“But not like these guys,” said Muller. “They want to be racers.”

“I just thought the whole thing was so cool,” said Sharkey. “It’s a cool story about two young boys [who]are, no doubt, going to become offshore racers when they come of age.”

For reasons beyond anyone’s control, the Lake Hopatcong race did not go on. But for photographer Tim Sharkey and the young sons of Jay Muller, at least a small part of the show most definitely did.