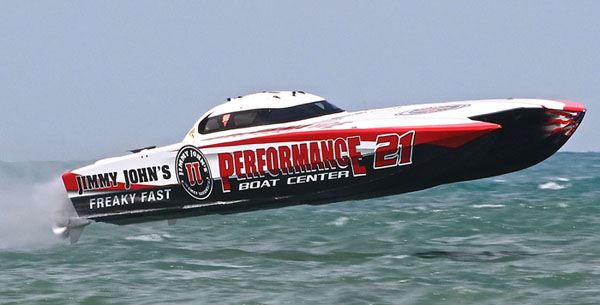 Because of its location smack dab in the middle of Missouri on Lake of the Ozarks, one might think there would be some downtime over the next few months at the Performance Boat Center facility and the surrounding Redhead Yacht Club property. The drastic weather-induced drop in boating activity this time of year withstanding, members of the company went straight from several days of splitting time between the Fort Lauderdale International Boat Show and the Cigarette Racing Team Open House to racing in Key West, Fla., in the Super Boat International Offshore World Championships and displaying boats in the Florida Powerboat Club’s poker run village. 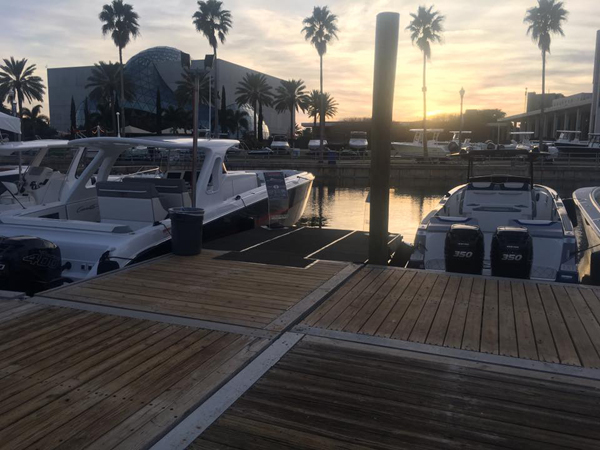 With the euphoria of earning the Superboat-class world championship (following three days of competition in the Performance Boat Center/Jimmy John’s Freaky Fast 38-foot Skater Powerboats catamaran) still lingering, the downtime was as short-lived as it gets. Just ask Brett Manire, one of the owners of Performance Boat Center, who is once again enjoying the Florida sunshine from the docks of another boat show: the 39th annual St. Petersburg Power & Sailboat Show, which runs from today (Dec. 1) through Sunday (Dec. 4) at the Duke Energy Center for the Arts Mahaffey Theater Yacht Basin and Albert Whitted Park.

Manire and company are going to be showcasing their demo Cigarette 41 GTR with quad Mercury Racing Verado 400R engines as well as their stock Sunsation Boats 32 CCX with twin Mercury Verado 350 engines at the largest boat show on the Gulf Coast. Fortunately the rest of December is pretty uneventful for the Performance Boat Center team, although all that means is that there’s plenty of catching up to do at the office. 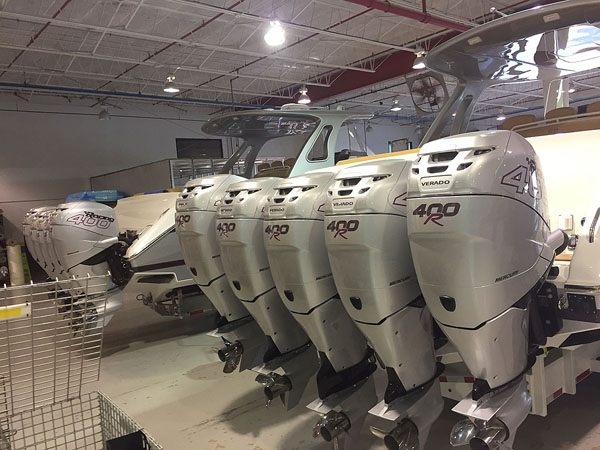 “We were running nonstop from Fort Lauderdale through Key West, and actually well past Key West with all of the coordination that takes place after the fact,” said Manire, who was on hand for the open house event at the Cigarette factory in Miami while the rest of the Performance Boat Center sales team worked the Princess Yachts booth at the Fort Lauderdale show. “It was definitely a busy few weeks, but we’ve got a lot going on over the next several months that are going to keep us just as busy heading into the boating season here at the lake.”

Starting in 2017, Performance Boat Center representatives will be on hand at two boat shows in January—the Atlanta Boat Show (Jan. 12-15) and the Overland Park Boat Show in Kansas City (Jan. 26-29). Following the all-important Miami International Boat Show (Feb. 16-20), Performance Boat Center is going to have displays at the St. Charles Boat Show near St Louis (March 9-12), the Palm Beach International Boat Show in Florida (March 17-20) as well as its hometown event, the Lake of the Ozarks In-Water Boat Show at Dog Days (April 21-23).

Buckle up guys, it’s going to be a busy “off” season.