You are at:Home»Awesome»The Ultimate Project Boat

For the record, as a longtime reporter covering the high-performance powerboat market I believe you have to be a little nuts—maybe even more than a little—to own a turbine engine-powered boat. When I mentioned this to New York-based go-fast boat owner Chris Cox, who recently had purchased a pre-owned turbine engine-powered 50-foot Mystic Powerboats catamaran go to with his piston engine-powered 50-foot Mystic Powerboats catamaran, last month during the Mystic Lunch Run in Key West, Fla., he nodded and laughed.

“My wife just shook her head when I told her I was buying it,” he said with a big grin on his face. 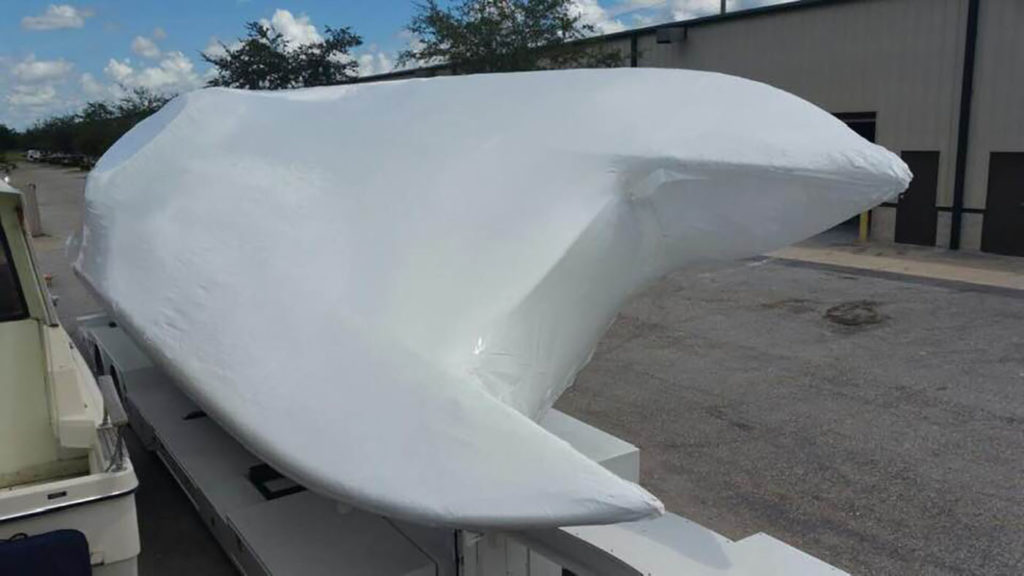 With its turbine engine rigging and BPM drive installation complete, all that remains to finish this rare 50-footer is completing its cockpit interior and paintwork.

So when I saw via Facebook that Randy Sweers of FB Marine Group headquartered in Pompano Beach, Fla., was selling a 2013 model-year “unfinished” turbine-powered 50-foot Mystic cat for its original Europe-based owner, it caught my attention. It’s not every day you come across an essentially new T-53/703 turbine-engine-and-BPM-drive rigged, all-carbon-fiber Mystic cat that has never touched the water.

The more I thought about it, the more curious I became. I had to get the story.

“The boat was ordered by an affluent buyer in Europe,” said Sweers. “He wanted to build one of the coolest turbine-engine, pure-pleasure catamarans ever created with features such as pneumatic gull-wing doors and a 30,000 BTU air-conditionings system in the six-seat cockpit. The client was going for a Bugatti on the water—that’s the type of build quality and feature level he was looking for. 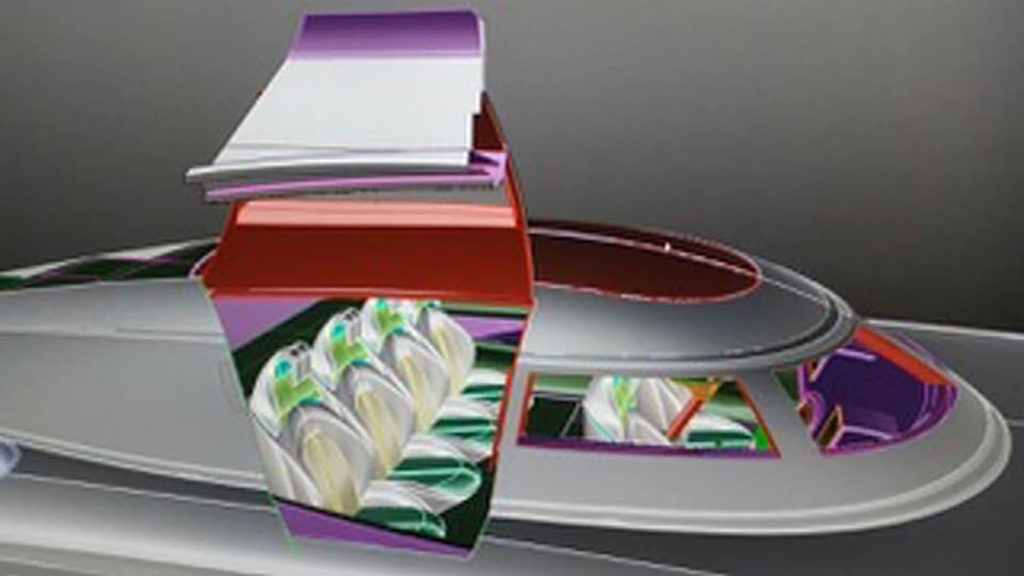 Said Sweers, “The client was going for a Bugatti on the water.”

“There were a number of issues that came up along the way and the owner lost his passion for the build,” he continued. “He has north of $1.7 million into it and he knows he will lose a large chunk of it. But he wants out of the project.”

According to Sweers, the entire powertrain installation is complete and has been checked by an independent turbine services outfit (in addition to the original installer) to ensure that everything was handled to exact specifications. Turbine engine installations for marine environments are tricky and need to be precise—there’s zero wiggle-room for less-than-expert work.

But the 50-footer will still need to have its interior, including its digital dash pods, installed also will need to be painted. Sweers plans to bring the catamaran to his Pompano Beach facility this week.

“It does need to be finished, but it’s a great opportunity for someone who wants to own a unique piece of equipment at a huge savings over what it would cost to build a brand-new one,” he said. “I have all the parts for the boat. We might finish it here, if that’s what the buyer wants. Or he could take it somewhere else if he preferred. It will probably take a year to finish, but it’s for that guy who wants something unique.”

“I haven’t even put a real price tag on it yet,” he continued. “If you’re a serious buyer, I’m a very serious dealer Let’s talk and make a deal.”

Clearly, Sweers was talking about a hypothetical buyer, not me. First, a 50-foot Mystic cat with twin 1,850-hp turbine engines is a teensy bit above my pay grade. Second, even if weren’t, I’m not that crazy.

“We fully understand what we have to sell and the challenges we are going to face,” said Sweers. “On the upside, we have a unique opportunity for the right individual who wants to do something that has never been done quite like this before.”