You are at:Home»Awesome»Trim Down for What 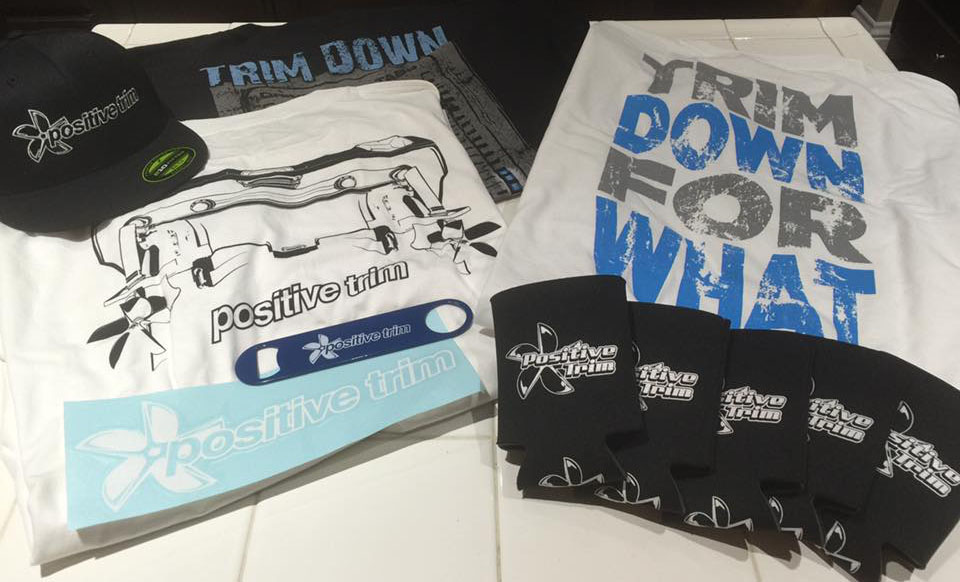 Along with men’s and women’s T-shirts and tank tops, the Positive Trim line includes stickers, hats, coozies and more.

The timing of the Mercury Racing e-mail I received yesterday focusing on Mercury Race Gear was perfect. Not only was it a helpful reminder to me and everyone else on the list that this Sunday is Father’s Day so maybe pops could use a new T-shirt, polo, coffee mug or something else Mercury Racing related, it also was a nice tie into the story I was writing for today’s column on a new boating lifestyle apparel company called Positive Trim, which is based in Corona, Calif.

Started by Southern California native Justin Humphrey, who received a “positive” response to the shirts he made for a group of boating friends (mainly his Trim Down for What shirt playing off the popular DJ Snake and Lil’ Jon single, “Turn Down for What”), Positive Trim offers a fresh approach to performance boating apparel.

Don’t get me wrong, I don’t have anything against the manufacturer/brand-specific gear. In fact I have a decent wardrobe of apparel from Cigarette, DCB, Donzi, MTI, Nor-Tech, Outerlimits, Skater and more. Even paint shops, engine builders and parts companies from the likes of Boat Customs, Hering, Ilmor, Latham, Mercury, Nordic, Teague and Waves and Wheels are represented. All that’s missing is some Positive Trim stuff (hint, hint).

Seriously though, what’s cool about Humphrey’s venture outside his real job as a supply chain operations manager is that it isn’t tied to a specific company and it’s not a custom design for an offshore race team or poker run crew. The stuff companies such as IR Designs are doing—custom shirts, dresses, swimsuits and more—is cool, no doubt, but it doesn’t have the mass appeal that Humphrey believes the Positive Trim brand could have.

“I started doing this for fun really, but it’s turned into more than that and I think there’s a ton of potential,” said Humphrey, who owns a clean-looking 2003 Howard Custom Boats 28 Bullet with a Mercury Racing 525EFI engine. “I’ve always been into boating, but I’m also a big car guy. I go to a lot of shows and rallies, and there are other lifestyle motorsports brands out there but not really anything for all of us performance boaters.”

Rather than continue to design and provide some shirts here and there for friends and boating acquaintances, Humphrey decided to get serious about it and invest in inventory and a new website handled by Motorstyle Marketing, which went live in conjunction with the Desert Storm Poker Run at the end of April. 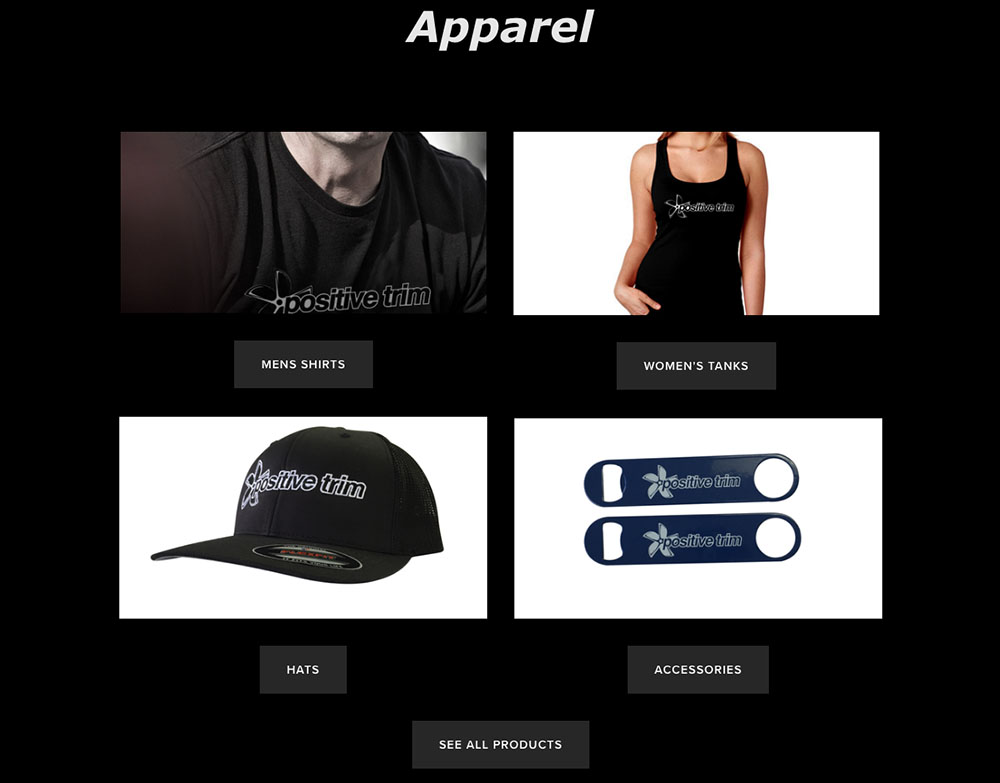 You can see everything Positive Trim offers on its website, which also includes boating lifestyle photos and a social media feed.

He said everything has been going well since the site launch and that he has plenty more designs up his sleeve but his focus at the moment is on marketing the brand and setting up retail locations.

“We’ve found a couple of good artists who are going to help implement some of the designs we have in mind,” said Humphrey, who is going to be selling shirts at the Ultra Custom Boats Ultra Fest event this weekend (June 17-19) in Lake Havasu. “I know this is a niche market, but I’m starting in the region I know best, the West Coast, and plan on expanding from there. It’s still early but the response so far has been great.”

Here’s the coolest thing I took from my discussions with Humphrey—he started making these shirts for the fun of it for his friends and him, and he still just wants to do it for the fun of it. That doesn’t mean he’s not taking it seriously, what I’m suggesting is that he has the right attitude toward it. It’s about a boating lifestyle, which, minus those unlucky days on the water everyone would rather forget, is all about having fun.