You are at:Home»Commentary»Until Next Time

I didn’t set out to write a goodbye article, as I am hopeful my column will return soon enough on OffshoreOnly.com, but, if this is it, I figured a look back on the past seven and a half years of weekly commentary might be a fun way to go out. If you didn’t read Matt Trulio’s column on Thursday, my contributions, like his and sometimes other authors, were no longer going to be published given the current economic climate.

Initially I thought I’d pick five of my favorite columns and explain why. A quick look back through my OSO folder on my computer starting with my first one with Lake of the Ozarks Shootout organizer Ron Duggan in August 2012 through almost 400 more, led me to realize that wouldn’t be easy. Instead, just being reminded of the different subjects, ranging from the retirement of legendary Unlimited hydroplane driver and six-time APBA Hall of Champions inductee Steve David to the afternoon last December where Trulio and I enjoyed a barbecue lunch with The King, Reggie Fountain, sparked an array of emotions.

Then there was the one about my 8-year-old daughter two summers ago getting to drive a boat for the first time thanks to my Michigan friends, John and Julie Tokar, who own Kahuna, the well-known canopied 43-foot Outerlimits V-bottom. No, she didn’t get to drive that boat; it was the Tokars’ Monterey 328 Super Sport when my family went with me to the Boyne Thunder Poker Run in Northern Michigan—one of only a couple of trips my wife and I have braved with the little ones. 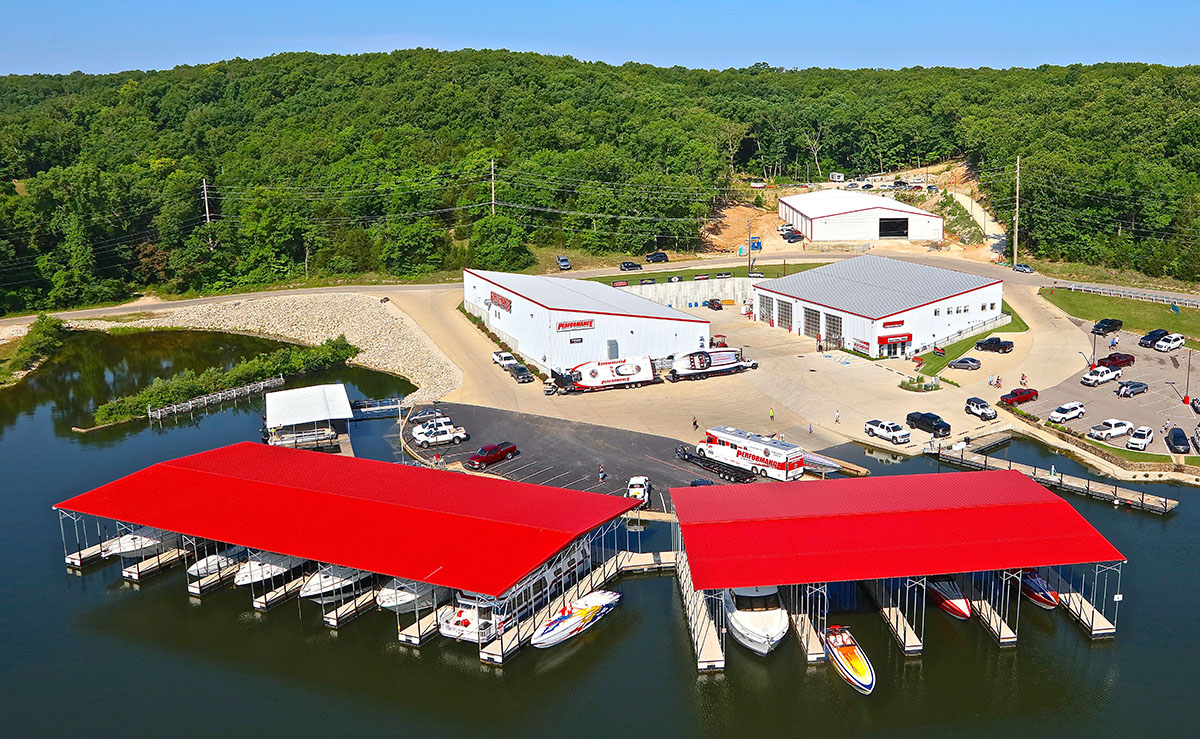 I barely remember writing the Open For Business story on Performance Boat Center opening its impressive facility on Missouri’s Lake of the Ozarks in June 2014 because the number of Performance Boat Center-related stories I’ve done either here or on speedonthewater.com over the past six years has been abundant. But that one was fun to look back on.

I’ve had a lot of “fun” with the columns over the years, but not every story was “fun.” There were many tongue-in-cheek stories like how I wished I could trade places with Michigan performance boater Ron Szolack and several feel-good pieces about the amount of money raised by events like Boyne Thunder, the Shootout, the Lake Powell Challenge and more, but there were some less uplifting stories such as the one remembering RPM Powerboats founder Steve Tripp of Alabama.

An obvious theme based on the columns I’ve mentioned is that I’ve enjoyed writing about the people who make this lifestyle so enjoyable to cover whether that’s an enthusiastic offshore racing announcer, cue Mike Yowaiski, or an “average Joe” like Greg Dutka, who owns Deja Blue, a Sunsation Boats V-bottom I’ve written about a few times.

That’s what I’ll miss most about this weekly account. It was here that I reported about meeting Sheikh Hassan bin Jabor Al-Thani for the first time, catching up with my friend and industry veteran Craig Barrie after he joined Statement Marine and getting to interview NFL superstar Mario Williams about his new MTI catamaran at the Texas Outlaw Challenge.

And it was here where some great reader connections were made over the year. Here’s hoping Trulio and I get to continue our annual Top Stories of the Year columns later this year right here on OffshoreOnly.com.