Why would a guy over-bid wildly on a charity auction item only to return it to the auctioneer to raise money for the same great causes—Make-A-Wish of Central New York and the River Wellness Center at River Hospital—next year? That’s exactly what Tom Hall, a participant in last weekend’s 1,000 Islands Charity Poker Run in Clayton, N.Y., did after paying $10,000 for a radio-control boat.

Or why would rock music buff Peter Roberts, the co-owner of Double R Performance in Ontario, Canada, agree to donate one of his prized Fender guitars—soon to be signed by an as-yet-unnamed country music star—to 17-year-old Jake Buchman, whose wish for a home recording studio was granted during the same event? 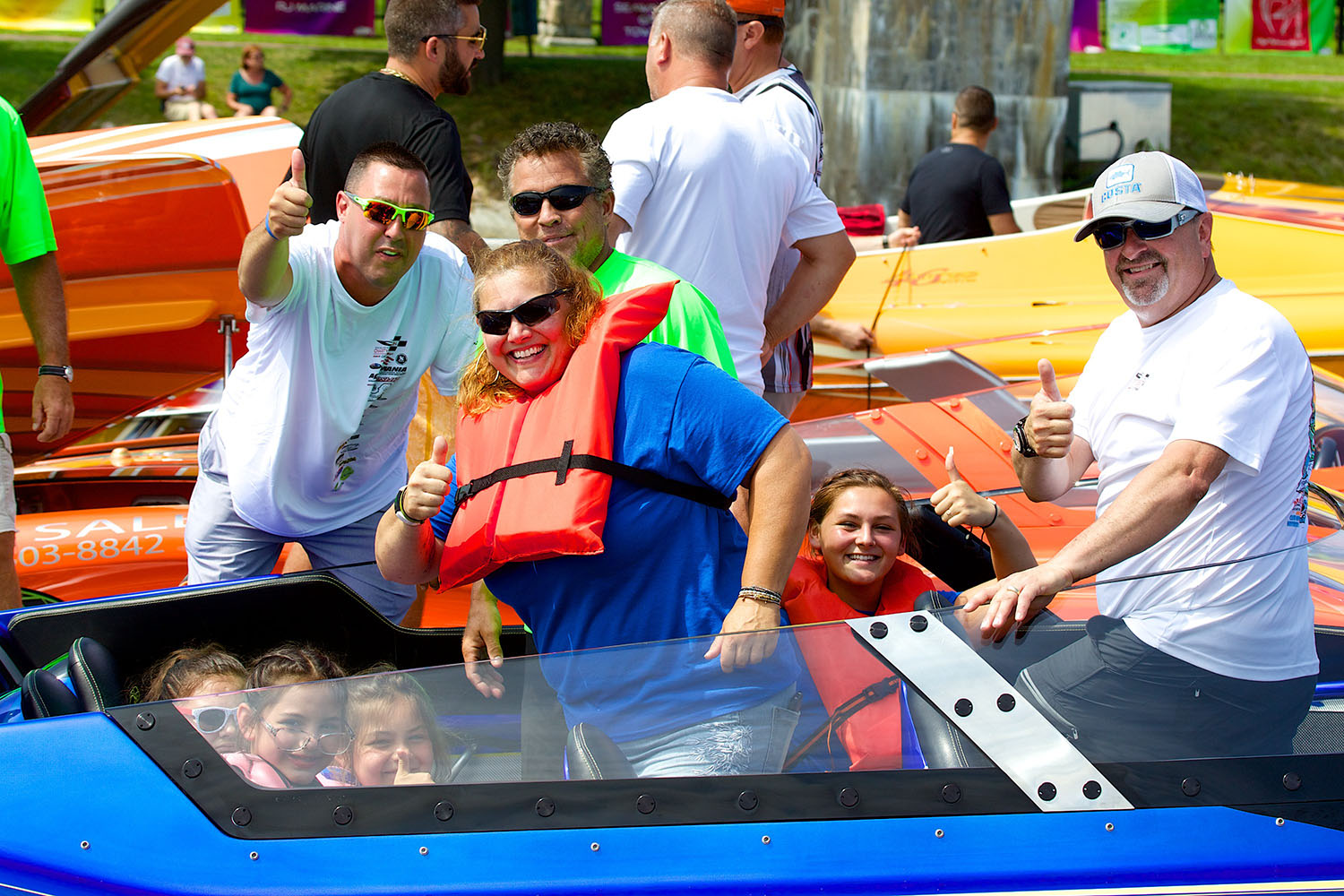 These days, you’ll have a tough time finding an organized boating event that doesn’t raise money for a worthy cause. In May, the Jacksonville River Rally and Poker Run in Northern Florida raised a record-setting $18,000-plus for Camp Amigo, a summer camp for children recovering from severe burn injuries. In June, the Support Our Troops Poker Run in Central Missouri raised approximately $25,000 for the H.E.R.O.E.S Care veterans’ services organization. The list goes on and on.

And the 1,000 Islands Charity Poker Run wasn’t the only event raising money for great causes last weekend. Though the final total isn’t in, the Big Boat Bash in Arkansas raised approximately $15,000 for Sheep Dog Assistance Impact, another well-regarded veterans’ services organization. Farther to north, the West Michigan Offshore’s Rock The Coast event raised funds for Big Brothers and Sisters of the LakeShore.

All of this is, of course, very good public relations for the high-performance-boating world. And there’s nothing wrong with that. The go-fast boating world isn’t exactly well-understood, much less embraced, by folks on the outside looking in. Positive press is a good thing for everyone involved, from those who enjoy fast boats and high-performance engines to the industry that creates them.

But to view all of these charitable efforts and more as simply PR moves is cynical and ignorant. Giving back is woven into the fabric of the high-performance boating world and—at least for this reporter—it makes covering that world a privilege.