You are at:Home»Community»Keys Island Runners On Fast Track

When photographer Pete Boden told me was going to shoot a bunch of small, outboard-powered high-performance boats two Saturdays ago at the Islamorada Sandbar in Key Largo, Fla., I tried not to let him hear me yawn. Don’t get me wrong, I have nothing against small go-fast boats with outboards. But most of what my fellow offshoreonly.com columnist Jason Johnson and I cover these days starts at about 34 feet and goes up from there. So I’m probably, no definitely, a bit spoiled by the “big stuff” I get to write about every day.

“They’re going to have a lot of really cool, smaller Skaters involved,” he told me later. 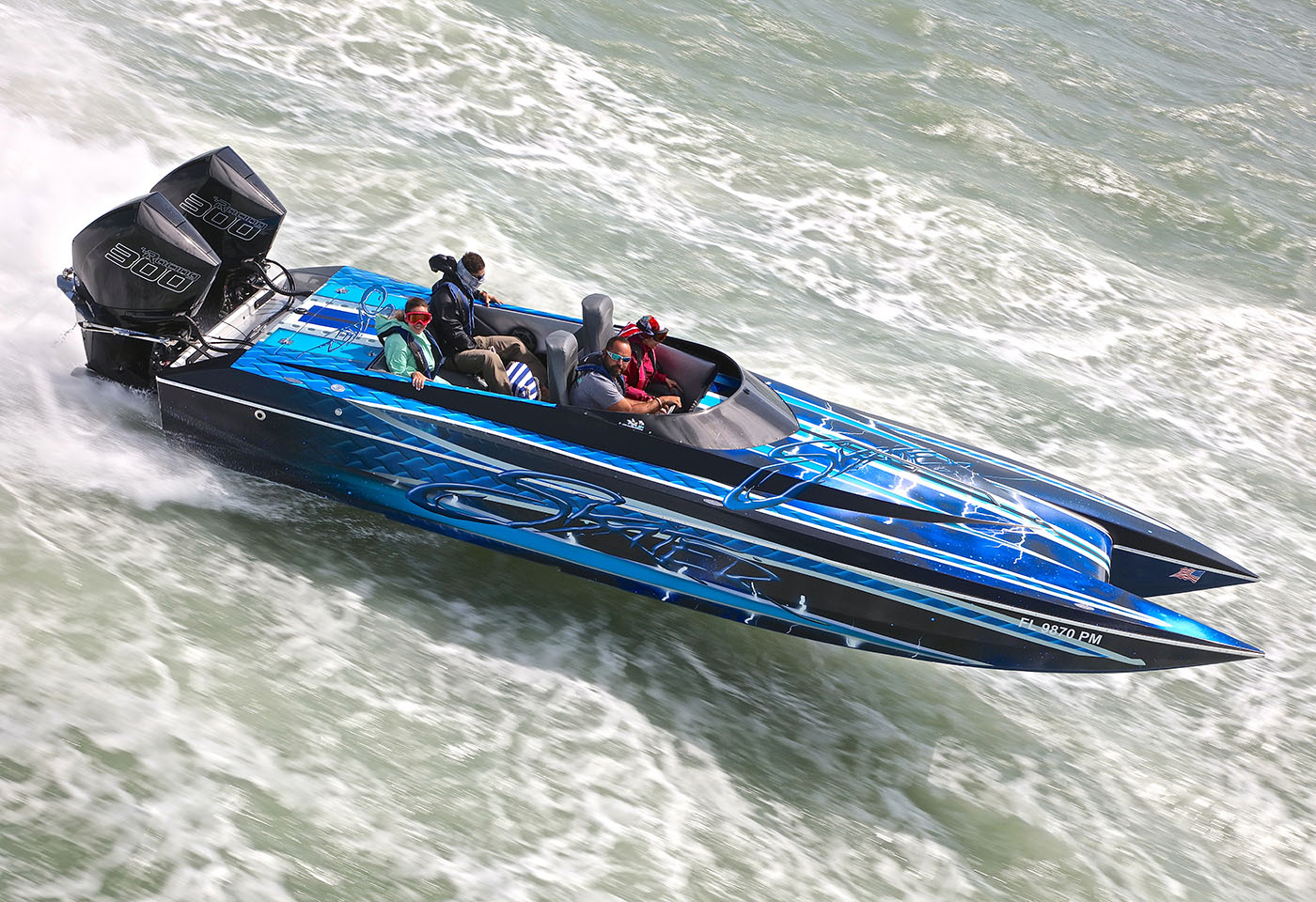 That got my interest. Small Skater Powerboats catamarans of any age, especially those in good condition, always show well. And readers love to see them in action.

Set for the same weekend as the Florida Powerboat Club’s Miami Boat Show Poker Run to Key Largo, the Islamorada sandbar fun run was the product of Keys Island Runners, a local group of smaller go-fast boat owners led by a passionate 32-year-old named Daniel Garcia. A utility lineman who owns a 24-foot Progression V-bottom, Garcia started the group 18 months ago using Instagram as his launch pad. In those 18 months, the group has attracted 18,000 followers on the social media portal.

In and of itself, Garcia’s Instagram push has helped him pull of what the entire marine industry has been trying to do—with limited success—for years: Reach a younger audience and build enthusiasm within it.

This MTI 340X was among the largest and likely the newest sport cat in the event.

Boden sent me 40 or so images from the event two Saturday afternoons ago and they were—as advertised—filled with a lot of cool smaller Skater cats. But they also showcased a slew of other outboard-powered sport cats and V-bottoms sportboats. There even were a few center consoles in the mix.

“There are a bunch of like-minded performance boaters with small speedboats in the Keys, but we didn’t have an organization of our own,” Garcia told me via telephone for the speedonthewater.com story covering his group’s event. “As soon as I launched the Instagram page, it started blowing up—we’ve been getting 1,000 new followers a month.” 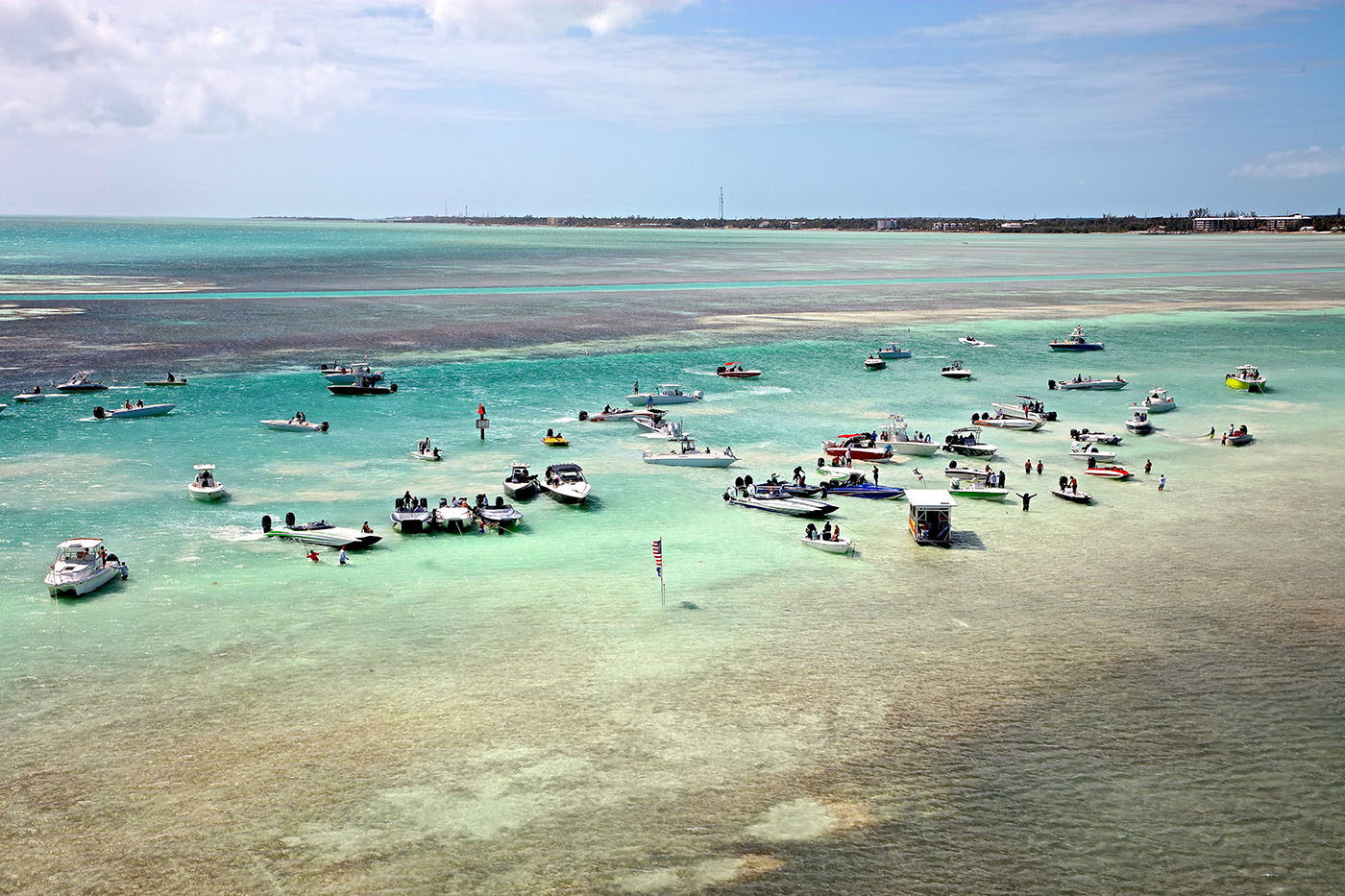 Said Garcia, “There are a bunch of like-minded performance boaters with small speedboats in the Keys, but we didn’t have an organization of our own.”

The article went live that night. The following morning, I received a gracious and most-humbling text message from Garcia after I sent him a link to the article.

“Thank you—this is awesome,” he wrote. “I’ve been drawing raceboats since I was four years old and it’s always been a dream of mine to race in front of the Key West fans I never thought my name would ever be read about on a page like yours. I truly am thankful for this article.”

Garcia attached an old image with his message.

“This is a photo of me at around four years old,” he wrote. “All I wanted was a shirt with a raceboat on it. So my grandma painted one on a shirt for me. This write-up will mean a lot to my family. Thank you.”

No, Daniel Garcia. Thank you. And keep growing your group through Instagram. You’re onto something.

But you already know that. 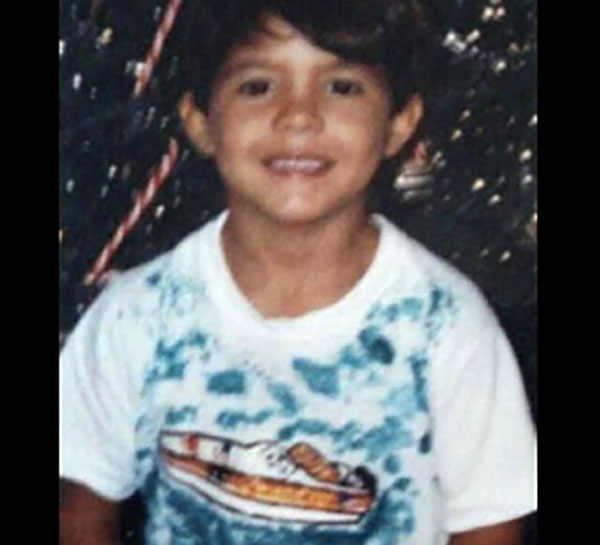 Even as a four-year-old, Garcia had a passion for go-fast boats. Photo courtesy Daniel Garcia.