You are at:Home»Events»Celebrating Joe Sgro

In the Associated Press stylebook, which is something of a basic bible for most reporters, there are rules about everything from state abbreviations—generally not the same as United States Postal Service state abbreviations—to capitalizing the first letters of titles—unless you’re writing about the President or the Pope, you use lowercase.

Among those rules is this one: Events cannot be labeled “annual” until they have been held in two successive years.

I didn’t write the rule, but I follow it, as well as the logic behind it. Despite the best-laid plans of their organizers, events announced as “annual” in their first year often turn out to be one and done. To call an event annual before it has completed its second year is simply inaccurate. 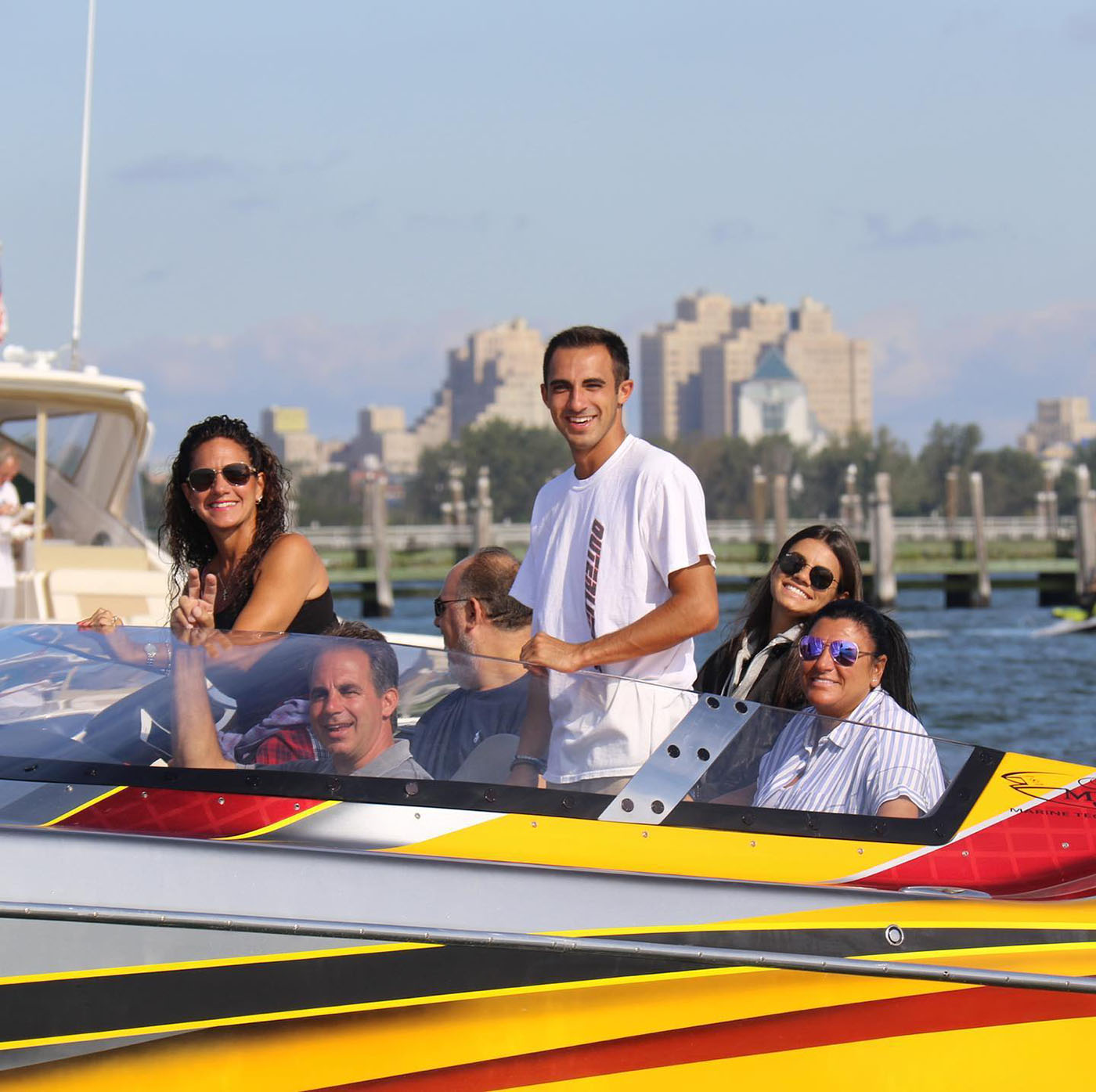 For those of you I haven’t bored into surfing another website, here’s my point: The Joe Sgro Memorial Poker Run happened on Hudson River in New Jersey and New York last weekend, and based on the success of the second-year event I have every reason to believe it will earn the annual distinction in 2020.

Produced by Anthony Scioli of Elite Poker Runs LLC this year, last weekend’s event attracted 40 boats and 165 participants to celebrate the life of the former Outerlimits Offshore Powerboats president/investor and veteran offshore racer, who died in November 2017 after an accident during a poker run to Key West, Fla. In both years, Joe Cibellis and Billy Betz, both longtime friends of Sgro, spearheaded the event and once again photographer Tim Sharkey—another longtime Sgro friend—came to shoot it.

Last Saturday’s run began at Liberty Landing in New Jersey. From there, the 40-boat group—roughly the same size as last year’s fleet—traveled 60 miles to Newburgh in New York for lunch and for the poker-hand reveals.

“Despite the solid overcast day, Joe’s friends and family really came out,” said Scioli. “We got a late start because of all the last-minute, day-of registration that delayed the drivers’ meeting and almost everyone ran right by the card stops so we handed out and played the cards at lunch between courses, but overall it went smoothly and we had a very successful run. And Liberty Landing, our host marina, was just top-notch, as was our lunch stop at the Blu Point restaurant.

“It was a privilege to be part an event honoring such a great guy who affected so many lives,” he added. “And there was a lot of excitement about the event next year. I can’t tell you how many people came up and asked me about it.”

Owned by Peter Burk, this outboard engine-powered SL 41 was one of three Outerlimits models in the fleet for Sgro Memorial Fun Run. Photo by Tim Sharkey/Sharkey Images.

Though the final tally is not yet available, the event reportedly raised thousands of dollars—as it did in 2018—for the Maria Fareri Children’s Hospital, which serves the New York’s Hudson River Valley region and the Fairfield, Conn., area.

“A lot of people who would have been here had schedule conflicts this year, but we also had a lot of new faces,” said Cibellis. “It was a great day. People came out in the drizzle to celebrate Joe. Liberty Landing was fantastic. The lunch-stop restaurant was excellent.

“We are definitely coming back to do it again next year,” he added. “People told me they are already looking forward to it.”