You are at:Home»Events»Status Quo For Lake Powell Events

This time of year, as we look ahead to the onslaught of the summer performance boating season with events such as the Desert Storm Poker Run and Tickfaw 200 Poker Run coming up next week and the following week in Arizona and Louisiana, event coverage—pre, live and post—tends to dictate much of my content here on OffshoreOnly.com and on Speedonthewater.com. 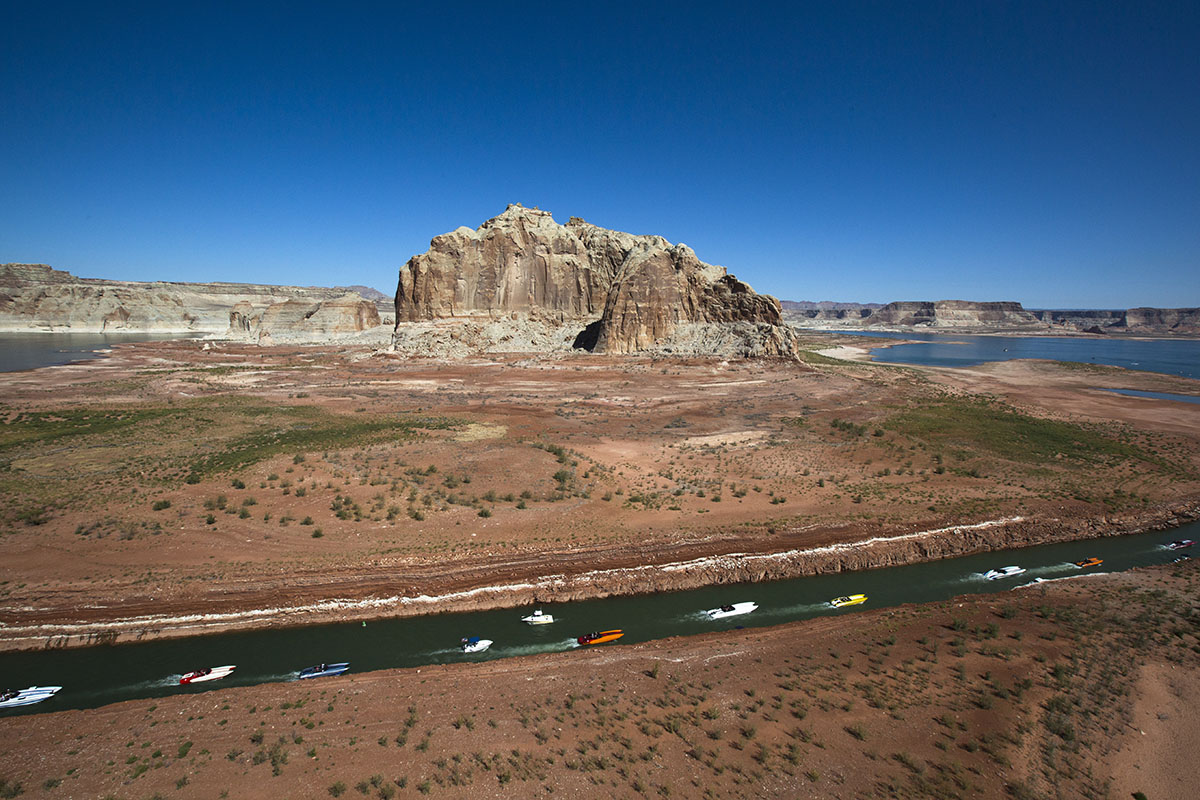 There aren’t many parts of the country that compare to the scenery of Lake Powell. Photo by Tom Leigh/Tommy Gun Images

That’s a good thing though. It showcases people using their boats and having a great time in the process at some of the coolest places around the country. And a majority of the time, there is money being raised for a good cause. One of those locations is the majestic Lake Powell—home to the incredibly charitable Lake Powell Challenge, which saw last year’s 10th annual event raise a jaw-dropping $447,000 for the Mountain Valley Chapter of JDRF.

Whether that number is attainable again this year is yet to be determined, but after catching up with Amber McDaniel, the special events coordinator for Antelope Point Marina in Page, Ariz., it’s clear the enthusiasm of the team at the marina is as strong as ever, which is good to hear. I only say that because late last year I spoke with former Antelope Point Marina employees who said they planned to do a different event this summer, but I’ve yet to receive any official word, which is why nothing has been reported.

To that extent, the assumption is that the two popular events on the lake that borders Arizona and Utah and is part of the Colorado River—the Lake Powell Spring Fun Run (June 7-8) and the Lake Powell Challenge (Sept. 12-14)—are going to be better than ever.

According to McDaniel, the only major change this year is that the fourth annual Spring Fun Run has a new charity—C.U.D.D.L.E. Outreach, a local organization that comforts and provides quality emergency supplies for children in crisis and aids in their future development. 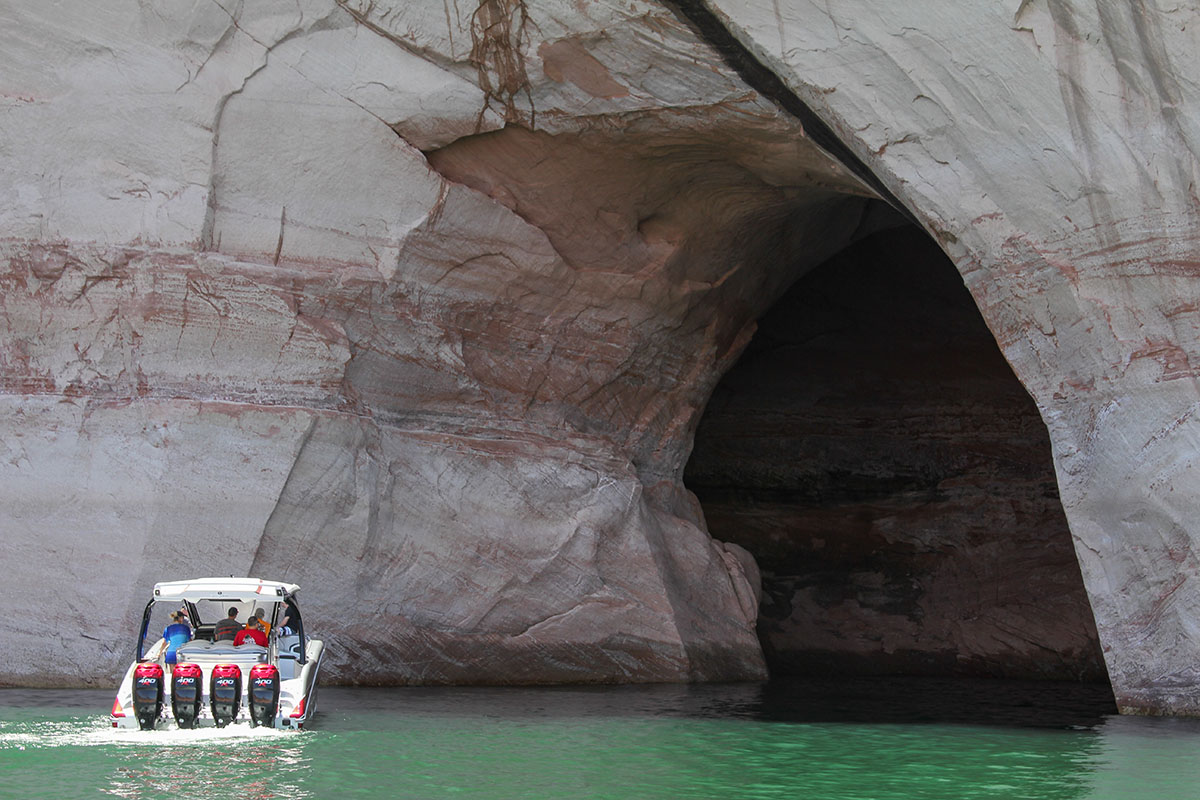 “We’re expecting another good turnout for the Spring Fun Run and we’re excited to be working with C.U.D.D.L.E. Outreach this year,” McDaniel said. “It is an amazing charity. Our goal is to raise as much money as we can for them and to make all of the participants feel at home in our marina.

“The same goes for the Lake Powell Challenge,” she continued. “We’ve already heard from a lot of the participants and companies who have supported us over the years. DCB Performance Boats is coming back, so is MTI. We’re going to have a booth for both events at the Desert Storm Poker Run Street Party next week. Come by and see us if you’re planning to attend Desert Storm.”

McDaniel said people can reach out to her with any questions and sponsorship interest.

“The partnership between the Lake Powell Challenge and JDRF has been great—we had a tremendous 10th year and look forward to year 11,” said Mike Somers, executive director of the Mountain Valley Chapter of JDRF, which is located in Salt Lake City, Utah. “It’s pretty incredible it has turned into one of the premier events in the country. It’s also one of the most unique poker runs, so I’ve been told.”

Somers often hears from the boaters who support the event—the generous donors such as George Argyros, Dave Megugorac and many others.

“There’s a lot of hard work that goes into this event, but you can’t replicate this boating community and the nature with which they come together,” Somers said. “When you see the boat companies like DCB and MTI come together as well like they do to raise money for such a tremendous cause, it’s overwhelming. The energy that’s in that room you can’t recreate.” 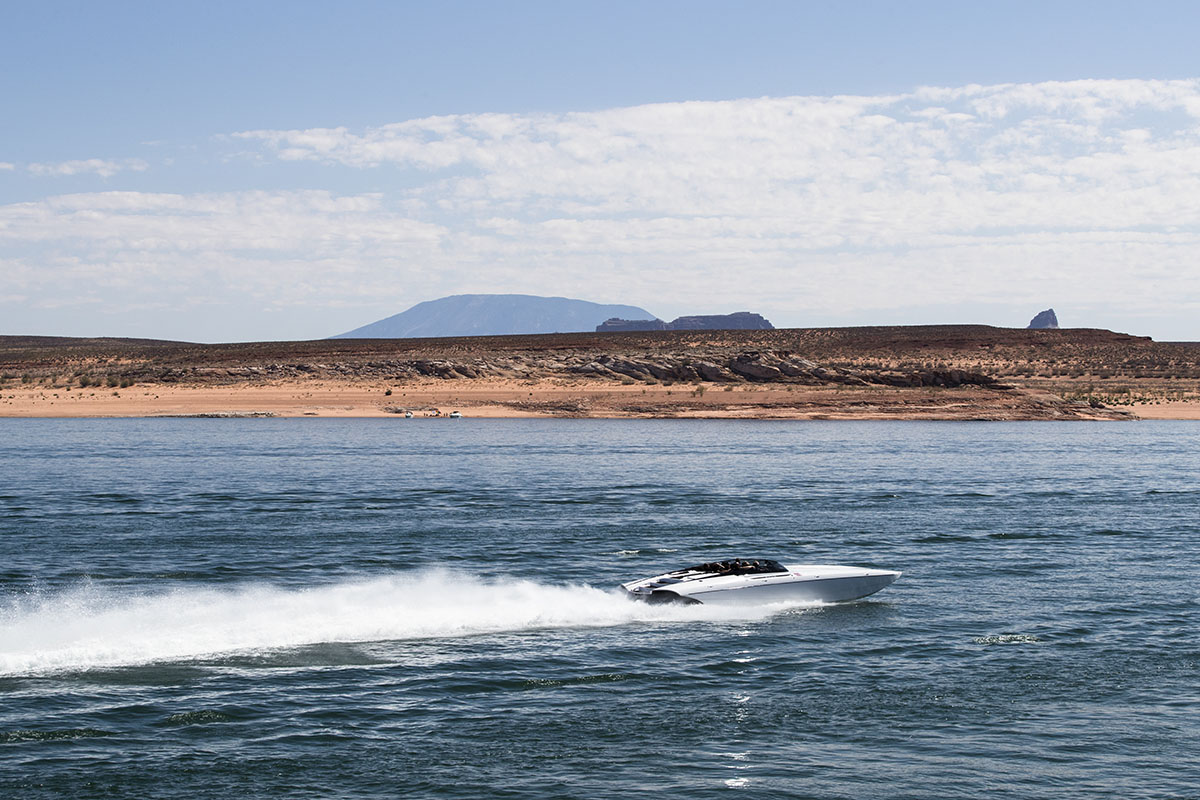 The team at DCB Performance Boats is committed to making the Lake Powell Challenge the best event in the country. Photo by Tom Leigh

“We’re all about supporting the cause, which is JDRF,” said Tony Chiaramonte, one of the owners of DCB. “That’s what the poker run is about—the kids and the money raised. We’re proud of our owners and what they’ve done to elevate the event over the years.”

“It won’t be easy, but I hope we can continue to raise even more money,” Schouten said. “As long as JDRF is involved we’re going to be supporting the event. We love Lake Powell—we keep our houseboat at Antelope. It’s our home away from home.”

As it is for so many, which is why its events continue to thrive.