By handing off a couple of her usual responsibilities during the Lake of the Ozarks Shootout this year, longtime event volunteer Tiffany Maasen was able to focus more of her time and energy on her favorite part of the event, the heart-warming Wishing On A Ride Powerboat Rides. In doing so, Maasen and a dedicated team of volunteers added an extra day of giving kids and families facing serious illnesses and disabilities a once-in-a-lifetime experience in a go-fast boat. 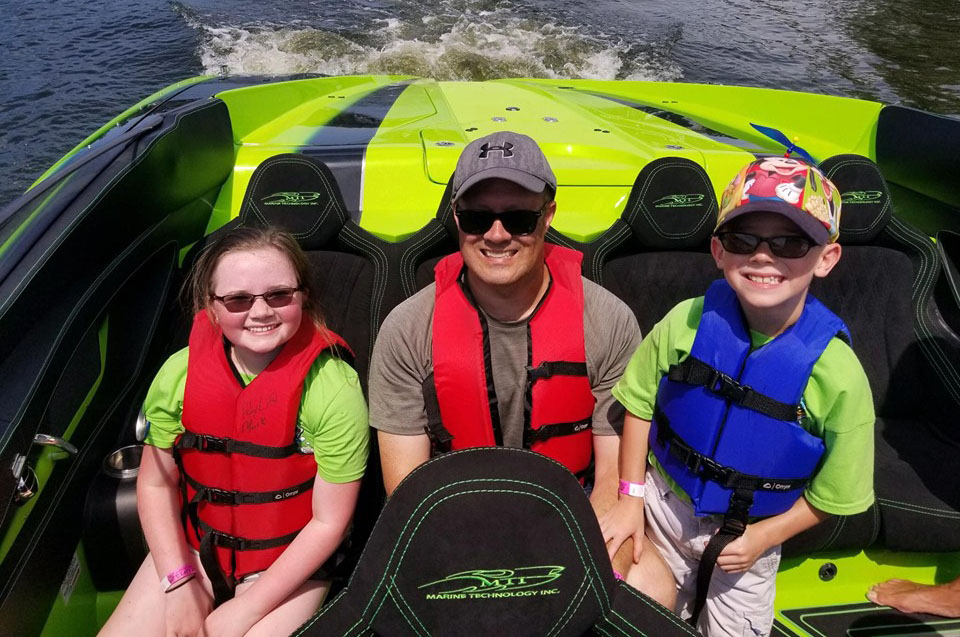 From left, Macy, Lathe and Max enjoyed a spin in an MTI catamaran during Sunday’s Wishing On A Ride Powerboat Rides event at Redhead Yacht Club. Photos courtesy Tiffany Maasen

So instead of just the Thursday afternoon rides taking place at the Shootout’s host location, Captain Ron’s in Sunrise Beach, Mo., tomorrow, Maasen organized a Wishing On A Ride event for last Sunday (August 18) at Redhead Yacht Club and Performance Boat Center in Osage Beach. With two different dates at two separate locations to allow for optimal participation opportunities, she said the response has been even more amazing than she expected.

“There were a couple of reasons why we decided to add another day to the Wishing On A Ride part of the Shootout,” Maasen said. “Brett (Manire) and Mark (Waddington) of Performance Boat Center and Redhead Yacht Club really wanted to do something with us because they are always too busy with everything else going on to participate in the normal Thursday event at Captain Ron’s. Plus there are a lot of Make-A-Wish families that are unable to make it to the lake during the week so having one of the ride days on the weekend gave them an opportunity to take part in the event.

“Having it at Redhead Yacht Club on Sunday worked out great—we had unbelievable participation numbers,” she continued. “The weather was perfect and so many of the families were able to plan a full weekend out of it. I think we had 24 Make-A-Wish families stay the night at one of the hotels and condos that were donated by local businesses and individuals. The community support for this event is huge. We even had local pilot Tom Cline donate his time and his equipment to provide helicopter rides to the families. That was pretty special.” 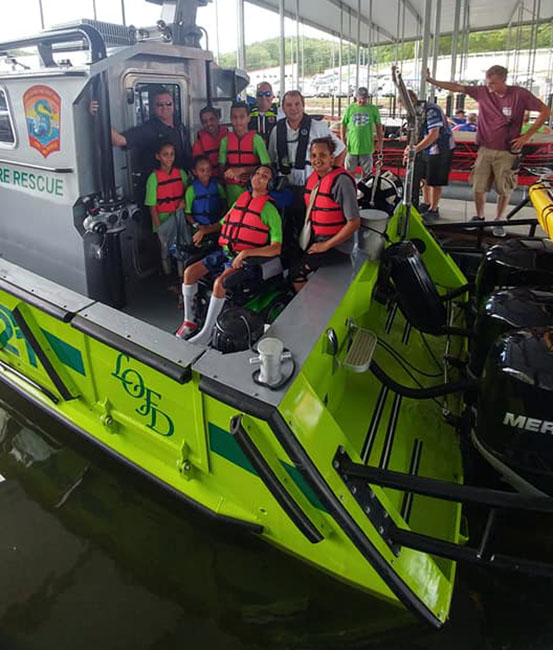 Although tomorrow’s regularly scheduled Wishing On A Ride event at Captain Ron’s has yet to take place, Maasen said she already has ideas brewing for how to make next year’s events even better and put even more huge smiles on the faces of the families and the performance boaters who continue to volunteer in droves.

“There are so many big-hearted people who bring their boats and give their time and fuel to provide unforgettable experiences for the children and their families—it’s just incredible,” Maasen said, adding that Sunday’s event had close to 20 boats and she’s expecting 25 boats on Thursday. “I’m excited to focus my energy strictly on the Make-A-Wish stuff. We work closely with Make-A-Wish of Missouri & Kansas, and we can’t wait to do even more with the organization to take this event to the next level.”

Maasen shared a couple of uplifting stories from Sunday’s event with me.

“First, from 11 a.m. to 4:30 p.m., my husband, Mark, never stopped giving rides on Sunday—and with each ride he bought a pack of Dippin’ Dots for the kids,” she said. “I bet he gave out close to 50 packages, and when he went to pay for them at the end of the day, the two girls who were working the gas dock took the money from their tips and paid for them. That was pretty neat.

“Then there was little Macy, what an amazing story,” she continued. “She was diagnosed with an extremely rare non-cancerous tumor in her jaw and after going through chemo and multiple surgeries to treat it, she’s doing great and paying it forward. This is the best part—her Make-A-Wish was a sewing machine so she could make ‘Beads of Courage’ bags to donate to the hospital because she noticed that there weren’t enough bead bags for all the patients.” 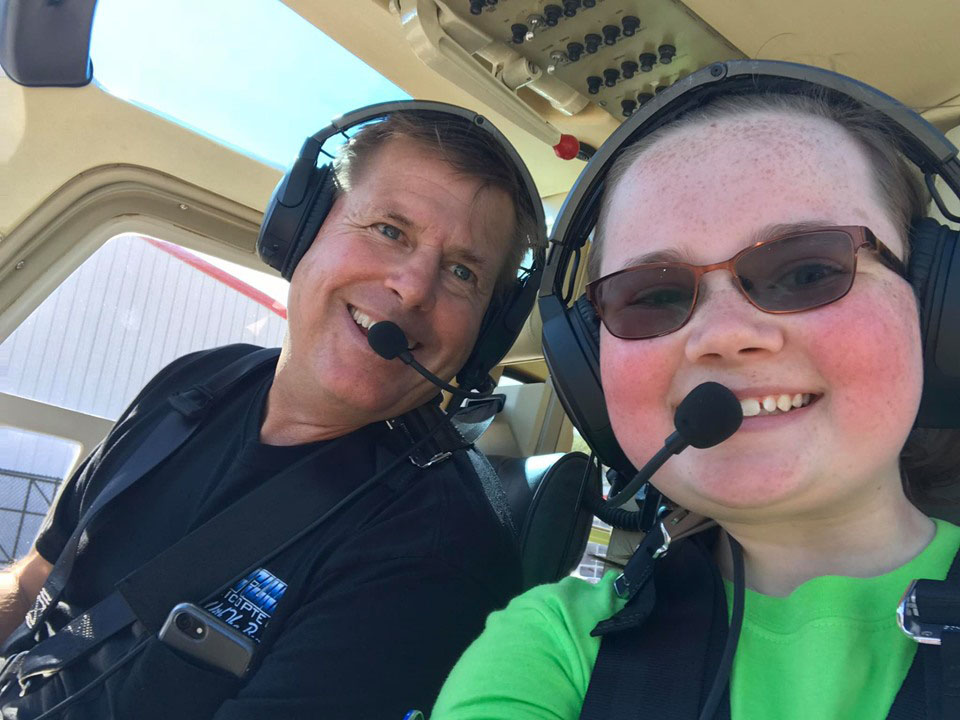 Lake of the Ozarks pilot Tom Cline gave Macy and other Make-A-Wish families rides in his helicopter.

What kid chooses a Bernina sewing machine over a trip to Disneyworld or meeting his or her idol? Macy did and she and her quilting friends proceeded to make more than 2,000 bags for patients at the University of Missouri Women’s and Children’s Hospital to store the beads they received for hitting certain milestones in their recovery. Now, according to Maasen, Macy has moved on to producing quilts—and bringing even more smiles to people’s faces.

“Macy is so smart and highly motivated—we’re extremely proud of her; she’s had such a great attitude despite the adversity,” said Macy’s mother, Amy, who attended the Wishing On a Ride event with her husband, Lathe, and their son, Max. “Our kids had a blast on the lake—they’ve never been on a speedboat or in a helicopter, and both were eye-opening experiences. Macy and her brother were smiling the entire time. In fact, they’re still talking about it. We met some amazing people with big hearts, and Macy is already planning to make a quilt to auction off at the Shootout next year.”

Needless to say, Amy and Lathe have a lot to be proud of in their courageous 12-year-old. I know I’m hoping to get the opportunity to meet Macy and her family next year and thank her for being so courageous and generous.

Generous like Tiffany and Mark Maasen and everyone else who steps up to participate in the Shootout’s most inspirational event.