You are at:Home»Industry»Going Big At Fort Lauderdale

Just a few years ago, I laughed hard when folks in the high-performance marine industry and their customers asked me if I would be at the Fort Lauderdale International Boat Show in South Florida. The last thing I needed was another trip across the country, especially to shamble through an event that catered almost exclusively to the yacht and sportfishing boat markets.

Hell, even Cigarette Racing Team, once a reliable exhibitor at the annual Fort Lauderdale event, which opens in six days, had bailed on the show several years back.

Now, I actually have to consider attending the Fort Lauderdale show next year. Strike that, I need to be there. 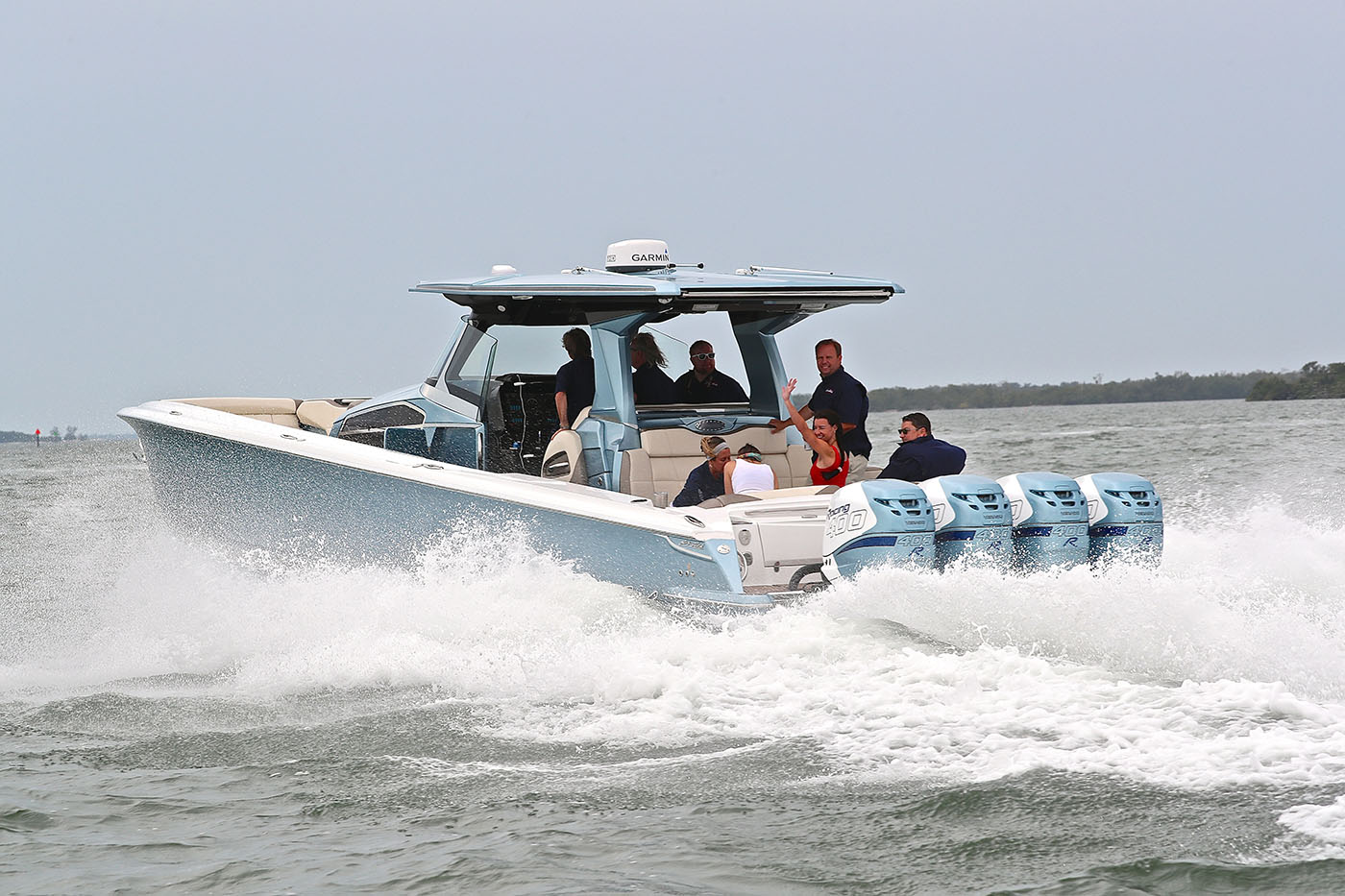 That’s because so many of the go-fast powerboat builders Jason Johnson, my fellow offshoreonly.com columnist and speedothewater.com co-publisher, and I cover exhibit there. It’s a trend that took solid flight in 2017 and has not shown signs of slowing since.

Earlier this week, I reported on Performance Boat Center’s, Mystic Powerboats’ and Nor-Tech Hi-Performance Boats’ extensive plans for the 2019 Fort Lauderdale event. Before the show opens, Johnson and I also will report what Fountain, Baja and Donzi parent-company Iconic Marine Group, Deep Impact and MTI plan to display there.

Most of the performance boats displayed in Fort Lauderdale will, of course, be center consoles, though there will be at least three sport catamarans there in the form of a 340X from MTI, a C3800 from Mystic Powerboats and a Wright Performance 420 from Performance Boat Center. But it’s fair to say that the center-console market is driving the Fort Lauderdale push for go-fast boat builders.

And why not? Performance-oriented center consoles appeal to the general boating market in a way purebred, purpose-built go-fast cats and V-bottoms never could. A middle-age dude with yacht money might struggle to see himself in a six-seat 180-mph catamaran, but he easily can picture himself with a gaggle of guests on a plush, 80-plus-mph center console.

“The old Thunderboat row where they used to exhibit Apaches and so on in Fort Lauderdale has been regenerated with performance center consoles,” said John Cosker, the owner and founder of Mystic Powerboats. “ That has definitely revived the Fort Lauderdale Show for us.”

The primary value of any boat show, of course, is producing boat sales and legitimate leads. Here, too, the Fort Lauderdale has delivered of late for performance-boat builders.

“The past two years at FLIBS have been very successful shows for us,” said Geoff Tomlinson, Nor-Tech’s dealer manager. “Both years have resulted in double digit orders at the show with deposits.”

Brett Manire of Missouri-headquartered Performance Boat Center, which has a satellite location in nearby Hollywood, Fla., offered a similar take on the Fort Lauderdale happening.

“The Fort Lauderdale Boat Show actually has become a better sales opportunity than the Miami Boat Show,” he said. “People can get on the waiting list or get a boat now versus all the good stuff being sold out by the time Miami comes around. Plus, there are no demos, which makes selling easier as you’re not idling out to run boats all day.”

So come 2020, I have to go the Fort Lauderdale International Boat Show. That means I’ll just have to stay in Florida—rather than return home to Northern California—and head down to Key West for the early November offshore races and Florida Powerboat Club poker run that begin just after the show closes.

There are worse fates, of course. And if the words of Cosker, Manire and Tomlinson are anything to go by, it’s going to be worth the extra time on the road.