You are at:Home»Industry»Victory On Course

Most of the time, finishing sixth out of seven boats in an offshore race is nothing to get excited about. But for Reese Langheim and Ricky Maldonado, who shared the cockpit of a Super Stock-class 32-foot Victory Team-built catamaran called Jackhammer in Clearwater, Fla., last Sunday and did just that, it was a solid, even encouraging result.

First, they had never shared the cockpit before the event. Second, they had a significant mechanical issue that put one of their 300-hp Mercury Racing outboard engines out of commission—and they still finished the race.

“We were not even running at 100 percent—we were running at about 80 percent of what that boat can do—and we were still battling for the lead right from the start,” said Maldonado, a veteran offshore racer who throttled the boat with Langheim, its owner, behind the wheel. “I have never raced with Reese before and I haven’t raced all year. But we were very competitive until one of our powerheads came loose and we started popping out of gear. Eventually, we broke a drive shaft.

“We finished the race running 58 to 61 mph on one engine,” he added. “I had no idea the boat could do that. And I was impressed with Reese’s performance and that he’s fearless—he actually is.”

Maldonado said that he and Langheim need to work on turn-exit speeds, but beyond that they meshed well in the cockpit. In addition to competing in Roar Offshore in Fort Myers Beach, Fla., the final event of the six-race American Power Boat Association Offshore Championship Series produced by the Offshore Powerboat Association and Powerboat P1, the team will run at the final Race World Offshore event in Key West, Fla., in early November and (one week later) the OPA World Championships in Englewood Beach, Fla.

For the Fort Myers Beach event, that means six Victory Team-built catamarans will be on the course as Gary Ballough also will campaign his 32-footer in the Super Stock class and the Victory team will have two boats of its own competing in Class One against Miss GEICO and 222 Offshore—both of which run 41-foot Victory-built cats—and Lucas Oil/SilverHook. 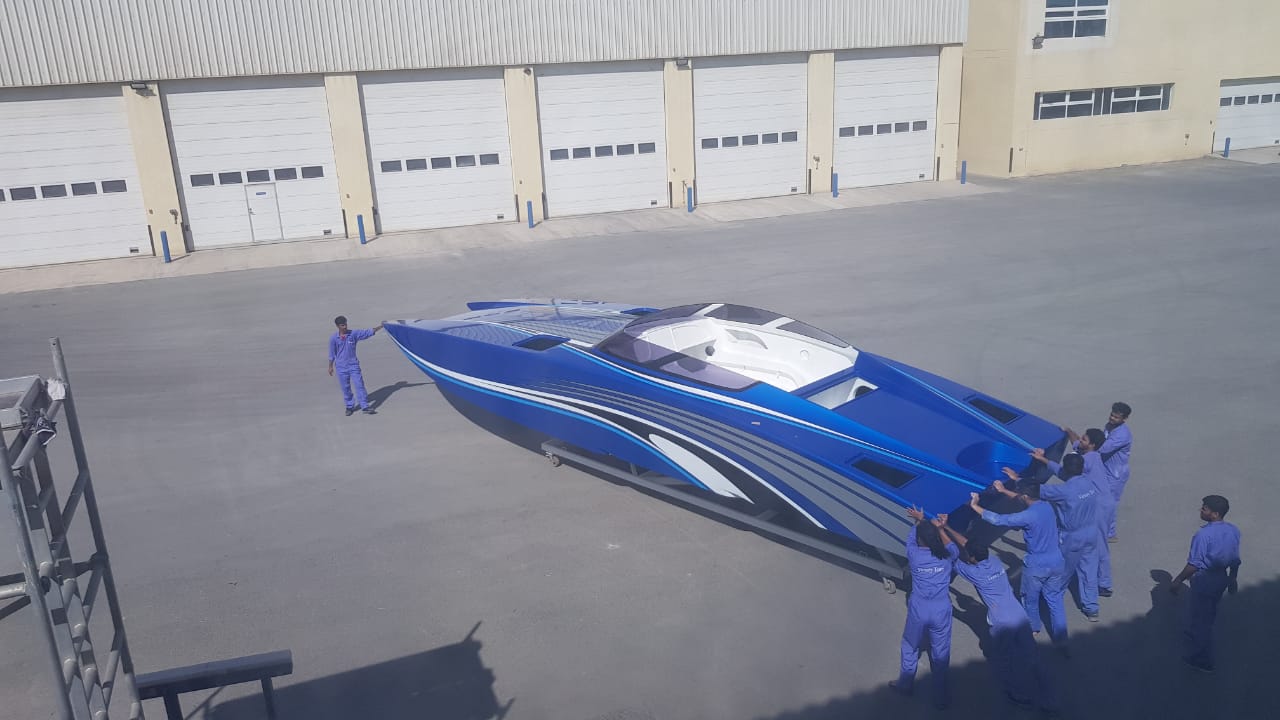 Said Maldonado, “Every boat finished has been sold. There is nothing sitting at Victory waiting for a buyer.”

But offshore racing is just part of the team’s growing U.S. presence. Since announcing its entrance into the sport catamaran market during the 2019 Miami International Boat Show in February, Victory has sold four 34-footers and one 27-footer to stateside customers. While Maldonado said he would like to have seen a few more orders this year, he also understands that the sport cat market is extremely competitive and that in-roads, especially for an overseas builder new to the pleasure-boat arena, take time.

“It is a slow process and, of course, we would like more orders,” he said. “But every boat finished has been sold. There is nothing sitting at Victory waiting for a buyer. And we have a lot of deals started and in progress.”