You are at:Home»Inspiration»Healing And Horsepower 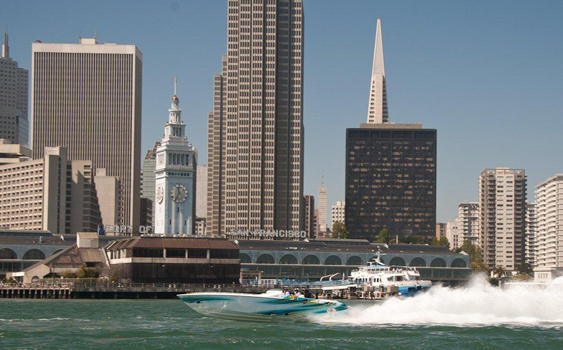 Among the day trips Carl and Betty Zanger make from Discovery Bay is the run to San Francisco Bay.

From the outside looking in, you could say that Carl and Betty Zanger have built a pretty sweet life for themselves since they married in the early 1990s. You certainly wouldn’t get any argument from either of them, especially when they stare into each other’s eyes like a couple of moonstruck teenagers, which happens often enough to get a stranger’s attention.

Successful in residential real estate sales in Northern California, they own a home in a hidden gem of a mountainside community called Los Gatos, which is about 90 minutes away from their second home in Discovery Bay on the Sacramento River Delta. At the dock in front of their waterside digs is an immaculately kept 2002 Cigarette 38’ Top, which they bought when it was all of six months old from its first owner and later repowered with twin Mercury Racing 700 SCi engines.

With five kids between them from their first marriages, Carl and Betty Zanger “grew up together”—so to speak—on the water. Their first boat was a 21-foot LaveyCraft that they used on the Delta every chance they got.

“I had always boated and water-skied,” recalls Carl, who is 63 years old. “We did all of our boating on the Delta. We would bring all five our of our kids on the LaveyCraft, and they grew up waterskiing. Then we discovered this place called Discovery Bay. We bought our first place there in 1983, and nine years ago we tore it down and built our bigger house—the house we’re in now.” 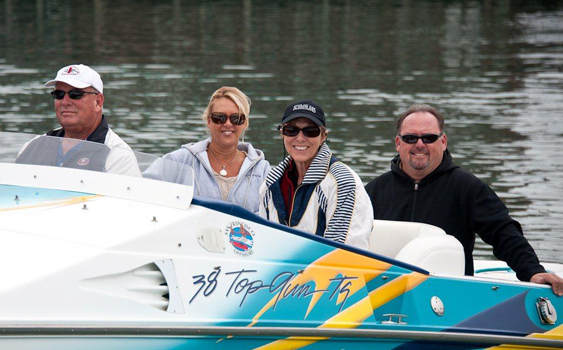 The Zangers didn’t just expand their Discovery Bay living quarters—they eventually moved up to bigger go-fast boats. Their next ride was a 34-foot Magic that they purchased from their Discovery Bay friend, neighbor and former multi-brand boat company owner Karl Koster. But the Zangers weren’t ready to stop there.

“I rode on Karl’s Cigarette 35’ Café Racer, and I was sold,” says Carl Zanger. “It piqued my interest and I said to myself, ‘I gotta have one.’”

In 2003, his dream came true when he found his 2002 Cigarette while searching the Internet.

“The owner had broken his leg six months earlier and his doctor said his boating days were over,” says Carl Zanger. “It had like 50 hours on it—the boat was never really on the market. I told Karl Koster about it and he said, ‘Damn, if you don’t buy it, I’m going to buy it.’

“Betty and I flew out to look at it in February of 2003—they had to de-winterize it to take us for a test ride,” he adds. “We made the deal right there, and I hired a guy to tow it back to California.”

That Betty Zanger, now 68 years old, was even around to check out the Cigarette is a blessing her family counts every day. Three days before Christmas in 2001, she was diagnosed with breast cancer. When their children joined them for the holiday, Carl and Betty broke the news.

A month later, Betty Zanger underwent a double mastectomy. During chemotherapy in the weeks that followed, she developed serious post-operative complications that sent her back into surgery 24 hours after they were diagnosed. She spent the next four days in the hospital. No one could guarantee her anything.

“We had a few tearful moments, the two of us together,” says Carl.

But Betty Zanger did heal and recover—and she’s been cancer-free since her surgeries in 2002. Though she is quick to credit her doctor and nurses, Betty says the key to her recovery was educating herself about her disease and—even more important—believing she would beat it. Giving into cancer not an option. Nor was self-pity.

“At the time, I had four grandkids and I wanted to see them grow up,” says Betty, who for several years after her recovery counseled women recently diagnosed with breast cancer. “I had great doctors, the best of modern medicine and a positive mental attitude. That’s so important.”

“All of the doctors were thoroughly impressed with Betty’s attitude,” adds Carl. “She just refused to take cancer as a death threat. That was our wake-up call to make more time to go to Discovery Bay, go traveling, do more cruises, because you really don’t know if you’re going to be here tomorrow.”

Asked if he would still be riding around his Cigarette had Betty—clearly the love of his life—not survived, Carl Zanger pauses for a long moment before answering.

“I never thought about that,” he says. “I would probably say yes, but not to the extent we’re doing it now. I’ve always loved the water and boating since I was a kid, so I’d probably still be boating. But I never give it a second thought because Betty’s here today, and that’s all I think about it.”