You are at:Home»Legends»BBQ With The King

I’ve written several stories throughout the years highlighting some of the coolest things I’ve done since my career as a high-performance marine industry journalist began some 15 years ago. There’s been some remarkable ones between testing boats with the masters—Bob Teague and John Tomlinson—and getting inducted into the Lake of the Ozarks Shootout Bob Morgan Memorial Hall of Fame next to legends like Tomlinson and his multi-time Top Gun champion teammate David Scott, Mystic Powerboats founder and Top Gun champion John Cosker, and Randy Scism, the owner of MTI who was the original Shootout champion 31 years ago. 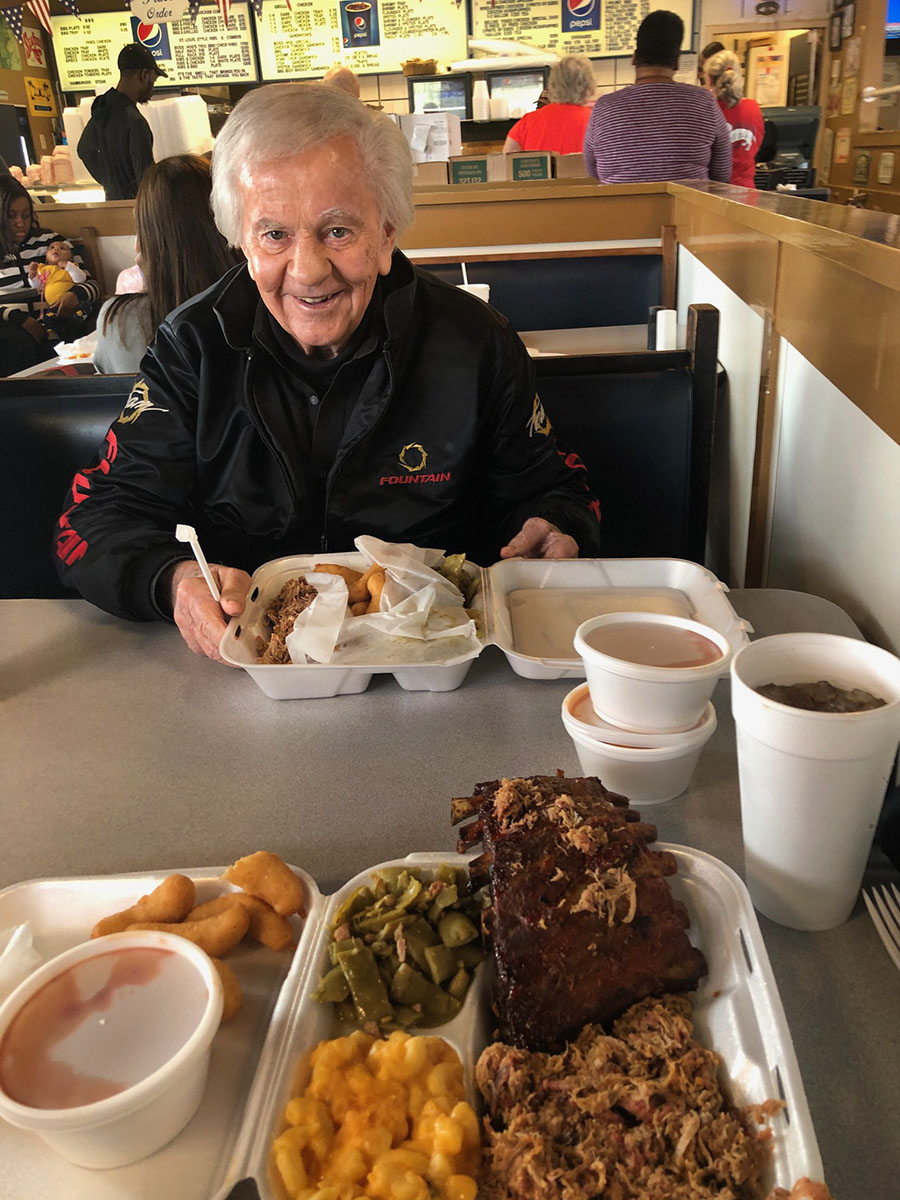 Of course I’ll never forget my first trips to cover the offshore racing world championships in Key West, Fla., the Boyne Thunder Poker Run in Northern Michigan and the 1,000 Islands Charity Poker Run in Clayton, N.Y. And then there was the most unique destination I’ve covered an offshore race—Hammamet, Tunisia, for the Powerboat P1 Tunisian Grand Prix of the Sea. That was an unforgettable one; the only downfall is that I traveled to the country in Northern Africa by myself so I didn’t have my wife or a colleague to enjoy it with.

While yesterday’s visit to the Iconic Marine Group factory in Washington, N.C., was far from exotic compared to Key West or Tunisia or a new experience as I’ve been to the impressive boat-building facility before, the trip presented one of those never-forget moments. Of course my speedonthewater.com partner Matt Trulio and I were in town to run several new 2020 models from Donzi Marine and Fountain Powerboats—two of the three brands under the Iconic umbrella along with Baja Marine—and meet with the talented team charged with reinventing the companies that helped form the backbone of the powerboat industry for many years. 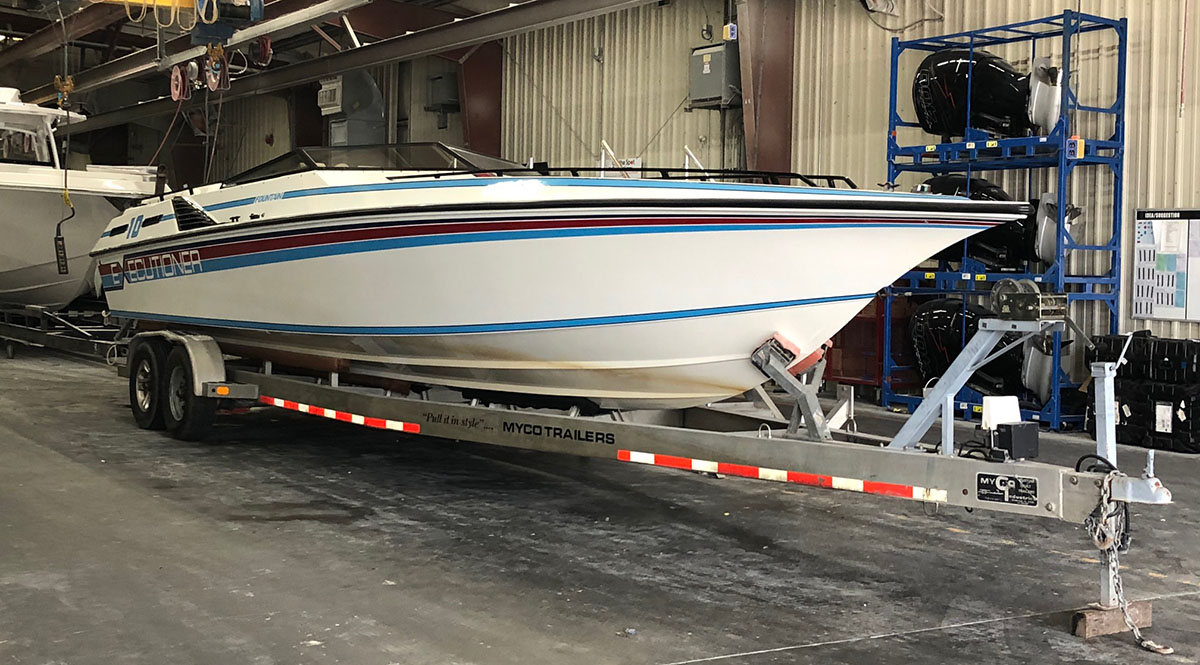 We got a peek at the first boat built at the Fountain factory that Reggie Fountain opened 40 years ago, a 33-foot Executioner that the company recently restored to like-new condition.

Not to completely downplay the radical boats we ran—which included Fountain’s new 47 Lightning powered by twin Mercury Racing 1550/1350 engines, a new Donzi 38 ZRC with a pair of Mercury Racing 860 engines, the latest Donzi 41 GTZ with triple Mercury Racing Verado 400R engines and the fresh off the factory floor Fountain 34 SC center console with twin Mercury Marine Verado 400 engines—Tuesday’s lunch with the king of offshore himself, Reggie Fountain, is going to be ingrained in my memory forever.

What’s so special about a lunch? It was the fact that the greatest powerboat builder and boat racer in North Carolina, make that the world and good luck arguing against that, took us to his beloved barbecue joint in Washington—Boss Hog’s Backyard Barbecue.

Raving about the restaurant following our video conference call with Iconic’s Fred Ross, which ended promptly at noon, Fountain suggested we go there and he immediately began raving about the pulled pork, the chicken, the ribs and the eight different mouth-watering vegetable side orders that he and his significant other, Linda, enjoy sharing often. 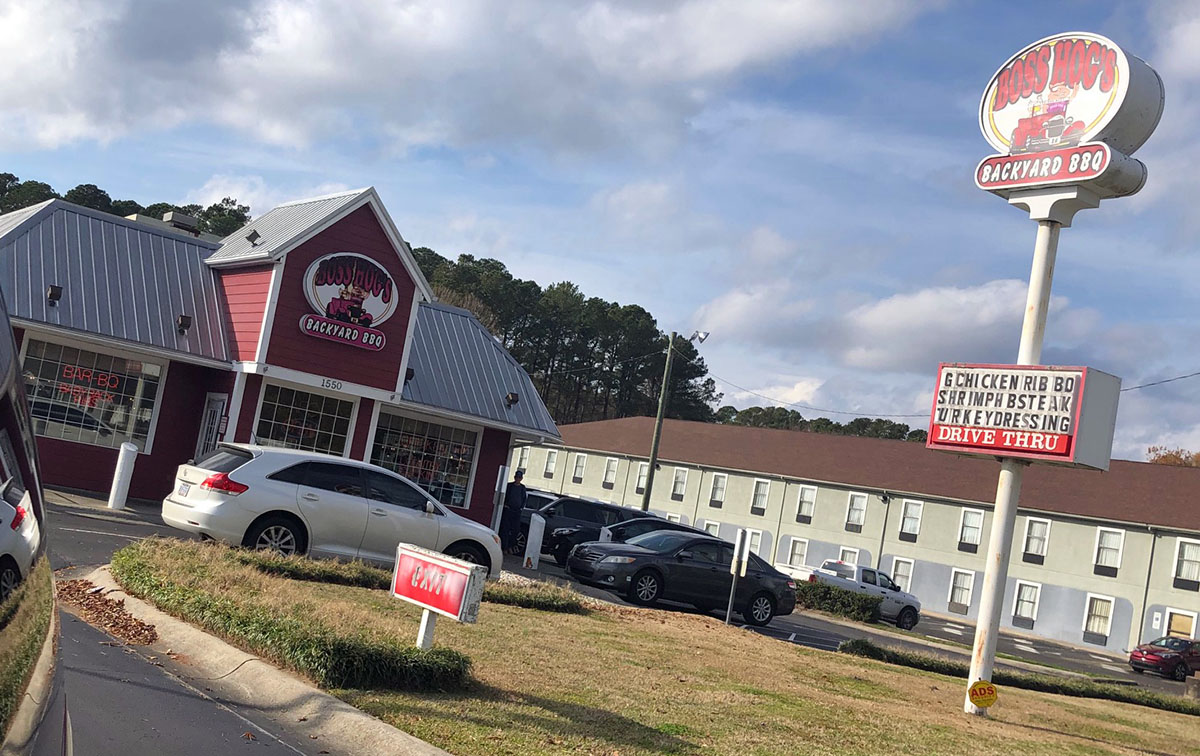 Boss Hog’s Backyard Barbecue is worth a stop during any visit to Washington, N.C.

Trulio turned and said to me “When in Rome…” and that’s all I needed to hear. It was the easiest and best decision we made of the day. The tasty meal we shared at the very busy establishment alongside side Jeff Harris, chief operating officer of Iconic, and Mark Spencer, who handles public/media relations for the company, was an incredible treat.

And while there’s no doubt in my mind that the BBQ plate I ordered with ribs and pulled pork accompanied by green beans and mac and cheese was extremely delicious, I have a feeling that getting to hear the legend share stories about the past and present made the Carolina barbecue even better. It definitely gave me a memory I’ll share and remember forever.