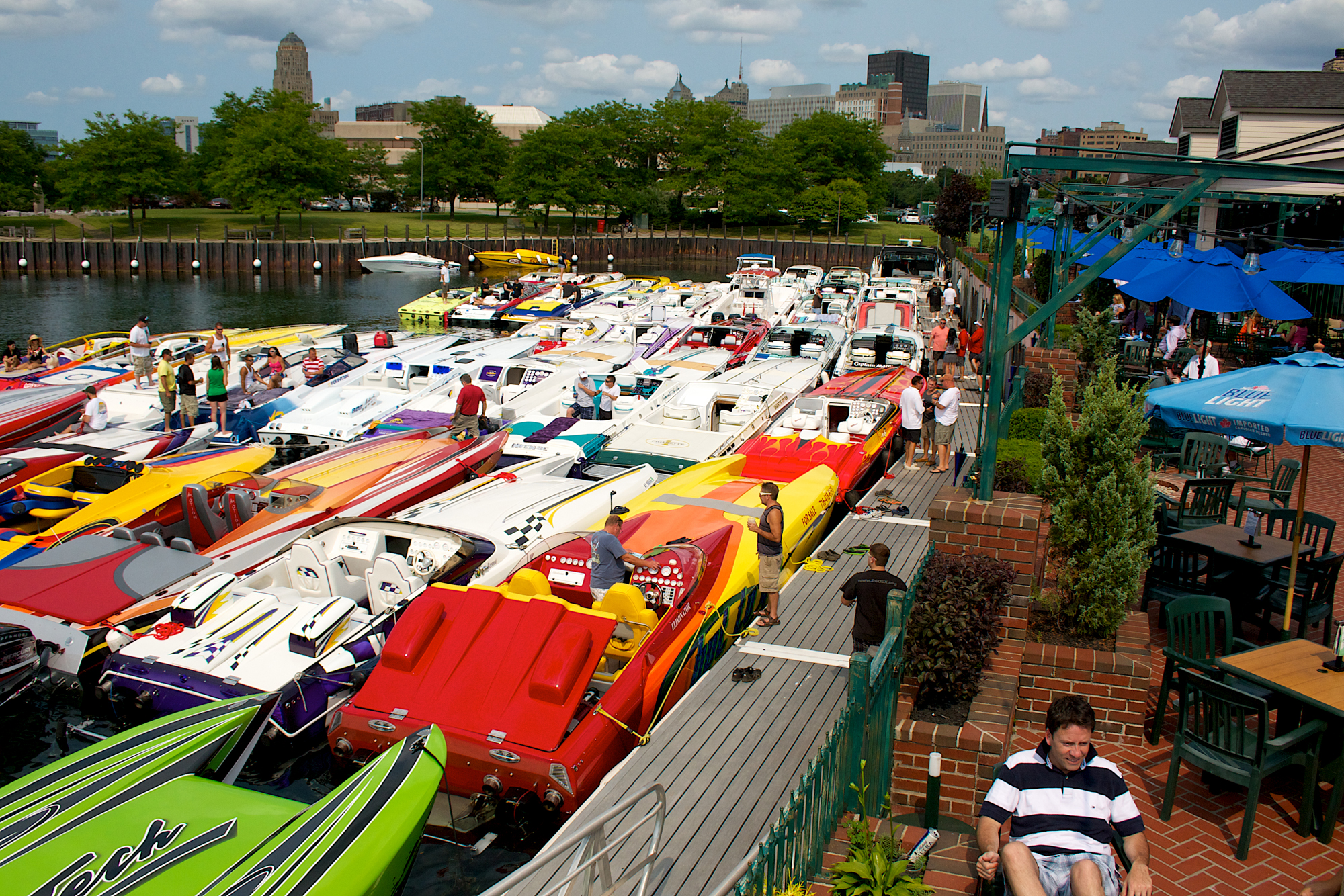 To maintain the high standards that fueled its growth, the Buffalo Poker Run is limiting registration to 100 boats this year. (Photo by Tim Sharkey/Sharkey Images.)

Right now, there are 20 slots left in the Buffalo Poker Run, which will run August 12-13 and is hosted by the Western New York Offshore Powerboat Association. When all 100 openings are filled, registration will close. No wiggle room for last-minute entries—the Buffalo Poker Run is on a hard stop at 100 boats.

Last year, the run had 118 entries, up from the year prior.

So what gives, you ask? Why not just keep on growing? The more the merrier, right?

Not necessarily, especially when space is limited.

“It’s really about being able take care of the participants,” said Steve Mckie, the WYNOPA president and the key organizer for club’s signature event. “We put on a better event if we limit it to 100 boats. More than that is too much.

Latecomers can beg and plead all they like to the registration staff at the Bolton Landing venue, but it won’t do them any good. And on the subject of that staff, this year the folks behind the Leah Manth/Raising Awareness and Funding for NF2 organization, will be handling on-site check-in. In turn, the WYNOPA folks have a goal of raising $5,000 to $6,000 for their new charity, which will join longtime Buffalo Poker Run charity Excalibur Leisure Services as a beneficiary of the event.

“They are trying to get Leah a service dog, and they cost about $20,000,” said Mckie. “We’re trying to put a dent in that. Monster Energy Drink has donated an RC truck that we’ll be raffling off.”

Added last year, both the “early lake run” on Lake Erie before the fleet heads up the Niagara River and the lunch stop will be back for this year’s event. However, the lunch stop is being held at a different venue—Buffalo RiverWorks Restaurant—on the Buffalo River this year.

With former Buffalo Poker Run lead organizer Tony Scioli gone from that role, Mckie said he’s “nervous.” But he’s also confident the event will come off as well as it ever has.

“Luckily, I was able to get a new event chairman, Nick Hirschfelt, and he’s been handling early registration,” he said. “There’s more on me than there ever was, but this guy has been great.”

If you’re planning to be part of the Buffalo Poker Run, now’s the time to reach out to Mckie’s new right-hand man. Because magic number is 100, and once those slots are filled registration is seriously closed.