Idling back from yesterday morning’s 40-degree test session of the new Fountain Powerboats 34 Thunder Cat on the Pamlico River in Washington, N.C., Billy Moore described his approach to driving go-fast pleasure boats with passengers on board. For the better part of two days, Moore had been piloting new Fountain and Donzi Marine models for a couple of reporters from the West Coast.

“Cruising speed is when everyone is still smiling,” said Moore, who celebrated his 45th birthday last week. “I don’t ever want to scare anyone.”

The son of offshore racing legend Bobby Moore, who is widely credited with pioneering the throttleman position in the sport, Billy Moore has more than his fair share of time running boats as if he stole them. Near the end of the 2019 season, he throttled the Supercat-class CJ Graydel MTI raceboat with rookie driver/owner Chris Grant. In 2017, he throttled CT Marine—a 44-foot Victory catamaran—with owner/driver Andy Strobert in Super Boat International’s Unlimited class. Their season ended on a low note with a horrific crash involving the CMS Racing MTI cat at the SBI World Championships in Key West, Fla. 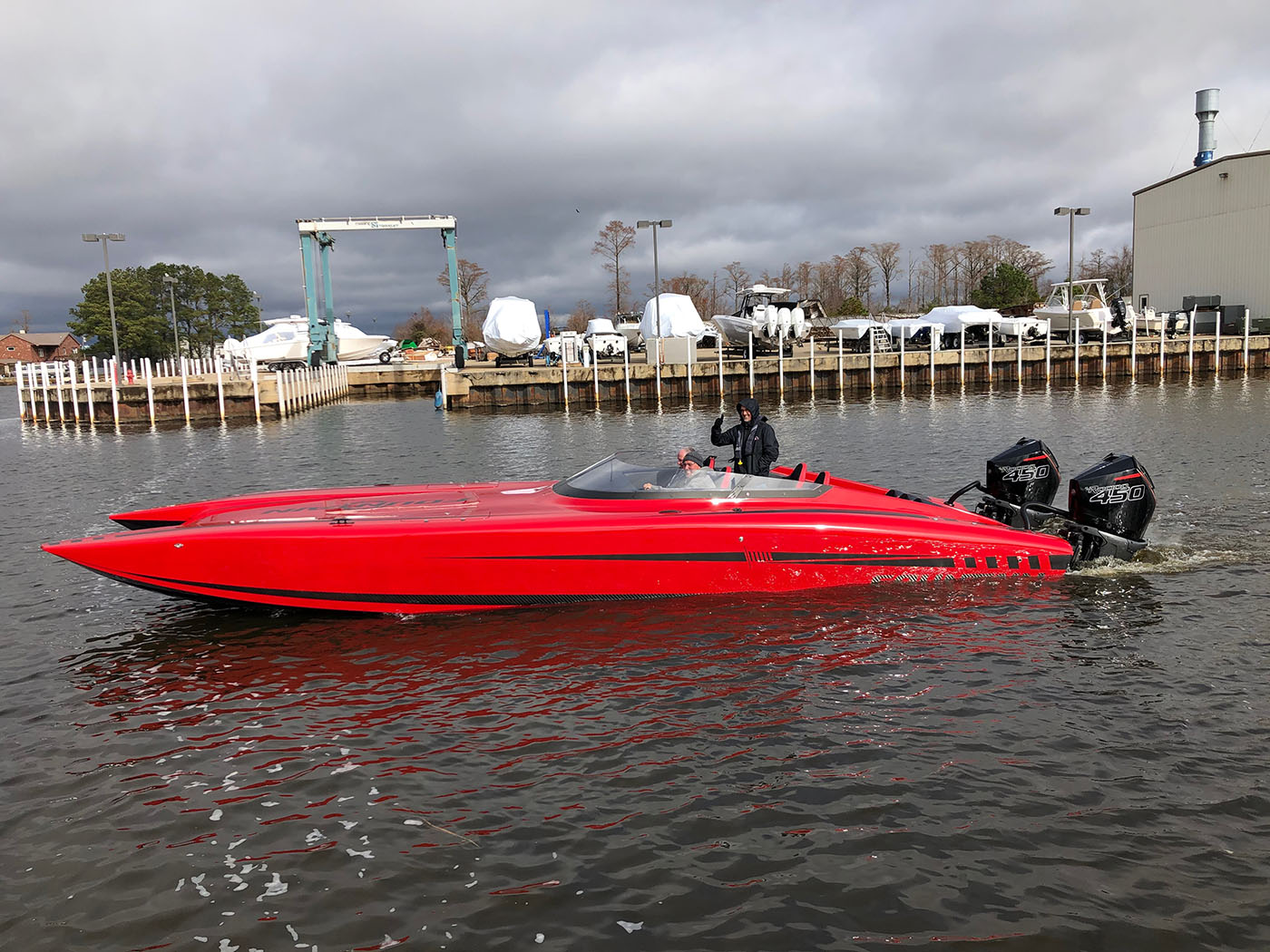 That no one was seriously injured, much less killed, was a miracle.

A few months later, Moore joined driver Jeff Harris, now the chief operating officer for Fountain Powerboats, as the throttleman in a 40-footer the company built to attack the existing V-bottom kilometer speed record. Though the effort proved unsuccessful, Moore has since worked closely with the Fountain and Donzi design teams on their catamaran projects and more.

Between his famous father, his own racing offshore racing career and his ongoing work at Fountain Powerboats, Moore has significant speed on the water credentials. And yet he’d never tell you unless you asked because he is a true Southern gentleman. Soft-spoken and gracious with a wickedly dry sense of humor bolstered by a joyful grin, he’s a class act. And for him, part of that means never making anyone on board uncomfortable with his driving. 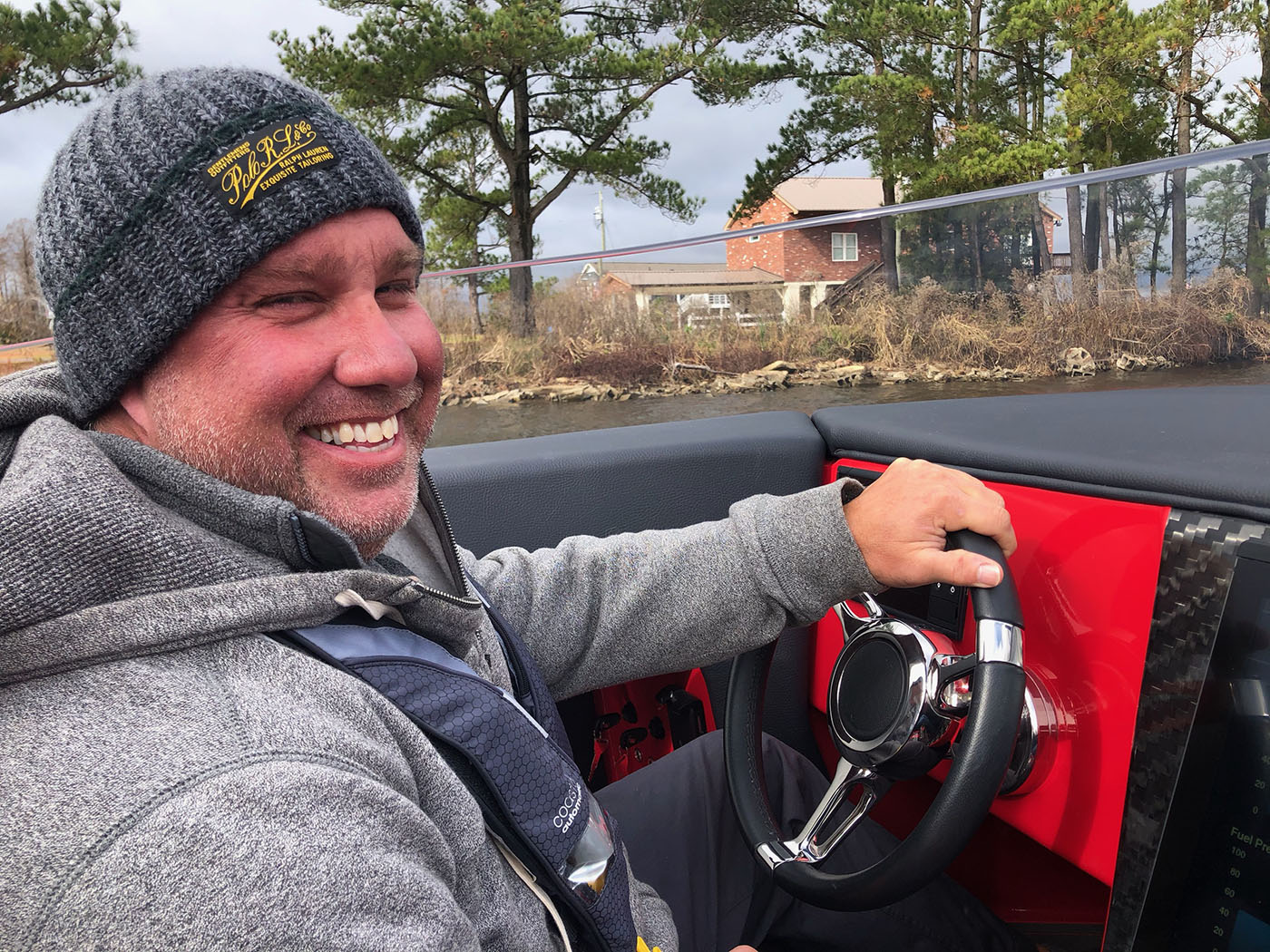 Said Moore, “Cruising speed is when everyone is still smiling.” Photo by Matt Trulio/Speedonthewater.com.

Like his longtime friends and fellow marine industry pros Bob Teague of Teague Custom Marine and John Tomlinson of TNT Custom Marine in Miami—two offshore racing greats—Moore tailors his powerboat operation to his least comfortable and experienced passenger. Frightening anyone on board is the last thing he wants to do. That’s not just courteous. It’s responsible.

“There’s just no reason for that,” he said.

Truer words were never spoken. And never were they spoken by a better man.