Back in Northern California after six days in Key West, Fla., covering the Super Boat International Offshore World Championships, I’m free to focus on what could happen rather than what’s happening right in front of me. So here goes.

This was the final year of Super Boat International’s five-year contract to produce races in Key West, without question the sport’s most famous and popular venue. 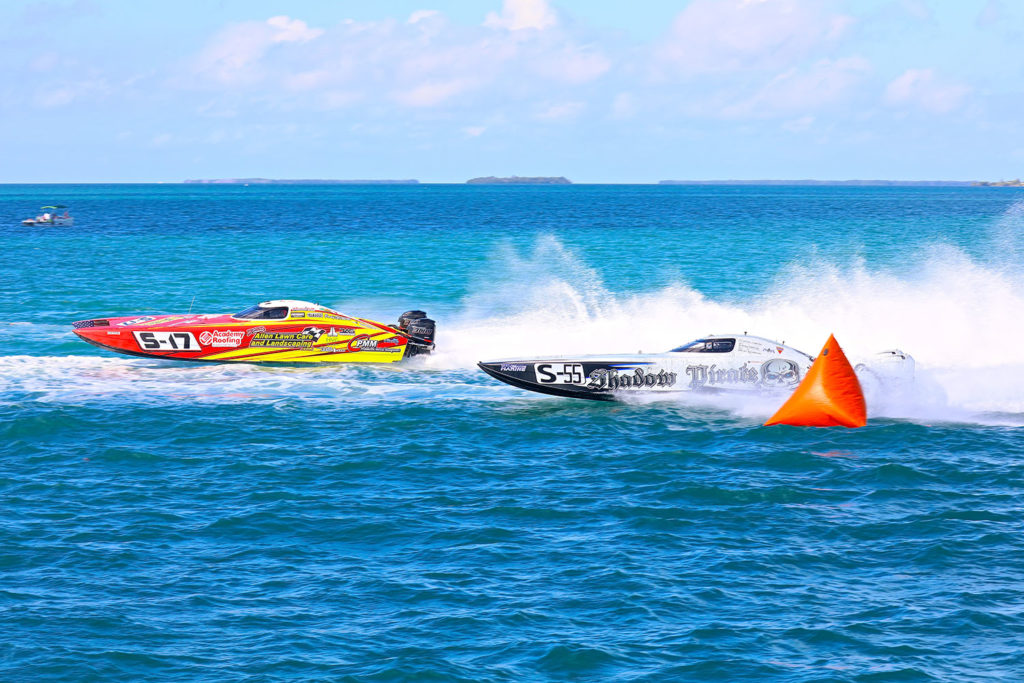 Offshore powerboat racing will return to Key West in 2019, but the event producer has yet to be selected. Photo by Pete Boden/Shoot 2 Thrill Pix.

That the annual early November race week, which runs concurrently with the Florida Powerboat Club’s signature poker run, is the biggest revenue week of the year for Key West goes a long way toward ensuring that offshore racing will survive there. Key West exists on tourism and the last thing any city leader or official wants to do is kill its leading weeklong cash cow.

But when Key West’s Request For Production process for the races opens up for 2019, locals John and Deana Carbonell of SBI will have a competitor vying for the privilege. Larry Bleil, the head of Key West-based Race World Offshore, has every intention of bringing races there under his organization’s umbrella.

Until now, Bleil has been circumspect and vague about his plans for Key West. No longer.

“Come hell or high water, Key West will be a Race World Offshore event,” he said during a telephone interview yesterday.

That’s a strong statement to be sure, but one the Key West resident, successful local businessman and former longtime member of the now defunct Conch Republic Offshore Powerboat Racing Association feels confident making. Bleil was an integral player in the organization when it recommended that Key West sign the five-year deal with SBI that expired last Sunday. He knows his way around Key West politics. He also knows what it takes to put on a race there.

“It’s a complicated process,” he said. “For example, the Outer Mole area isn’t part of the deal with the city—you have to work with Navy on that. It’s a ton of work to put on a race down here, and I would guess it costs more than $500,000. It’s not easy.

“Key West is the Monte Carlo of offshore powerboat racing,” he continued. “It’s the most famous offshore venue in the world. RWO will have the Dunkirk (N.Y.) race next year but not Mentor (Ohio) because that race isn’t happening. But even if we only had Key West I’d be fine. I wouldn’t care.”

Now, you could say—and Bleil wouldn’t argue with you—that all the schedule-change madness Race World Offshore went through this year made for a less-than-stellar debut. Bleil has said that he would have liked to wait until 2019, after SBI’s contract with Key West had expired, to start RWO. But there was plenty of pressure coming from dissatisfied team owners and competitors within the sport to launch the organization this season, and while he isn’t making excuses the pressure was real.

So which organization will be picked to produce the races in Key West next year? Not that anyone involved has publicly expressed interest, but you can pretty much count out the Offshore Powerboat Association and Powerboat P1, which plan to team up on a six-race Florida-based series in 2019. Neither outfit is based in Key West, and according to Bleil and multiple other sources the city heavily favors local business when awarding contracts. So it will come down to SBI and RWO.

For better or worse, SBI has proven what it can do in Key West. RWO, on the other hand, is unproven there but is led by a local shaker and mover—and a popular one at that—who is no stranger to the offshore powerboat racing world, especially in Key West.

SBI already has applied and reportedly been approved for next year’s funding allocation, to the tune of more than $100,000, from the Monroe County Tourism Development Council. So that’s one checkmark in the SBI box. But if SBI doesn’t secure the races from Key West, that money won’t be dispersed to it. If RWO gets the races, Bleil will have to apply for reallocation of the TDC funding, which likely will be difficult and complicated, he said.

The races in Key West are finished for the year. But what could be the most important competition of all is just starting to heat up.