You are at:Home»Community»The Binding Agent

In any group of volunteer event organizers, you need forward-facing people, those folks who handle everything from cheerleading and building consensus within their given communities to taking center-stage when needed. Think Nolan Ferris of the third annual 1,000 Islands Charity Poker Run in Clayton, N.Y., which is set for July 19-21 and is sold out at 115 boats. Great one-on-one and even better with a microphone in his hand, the ever-charismatic Ferris is the perfect public face for the nonprofit event that raises money for Make-A-Wish of Central New York and the River Community Wellness Program at River Hospital. 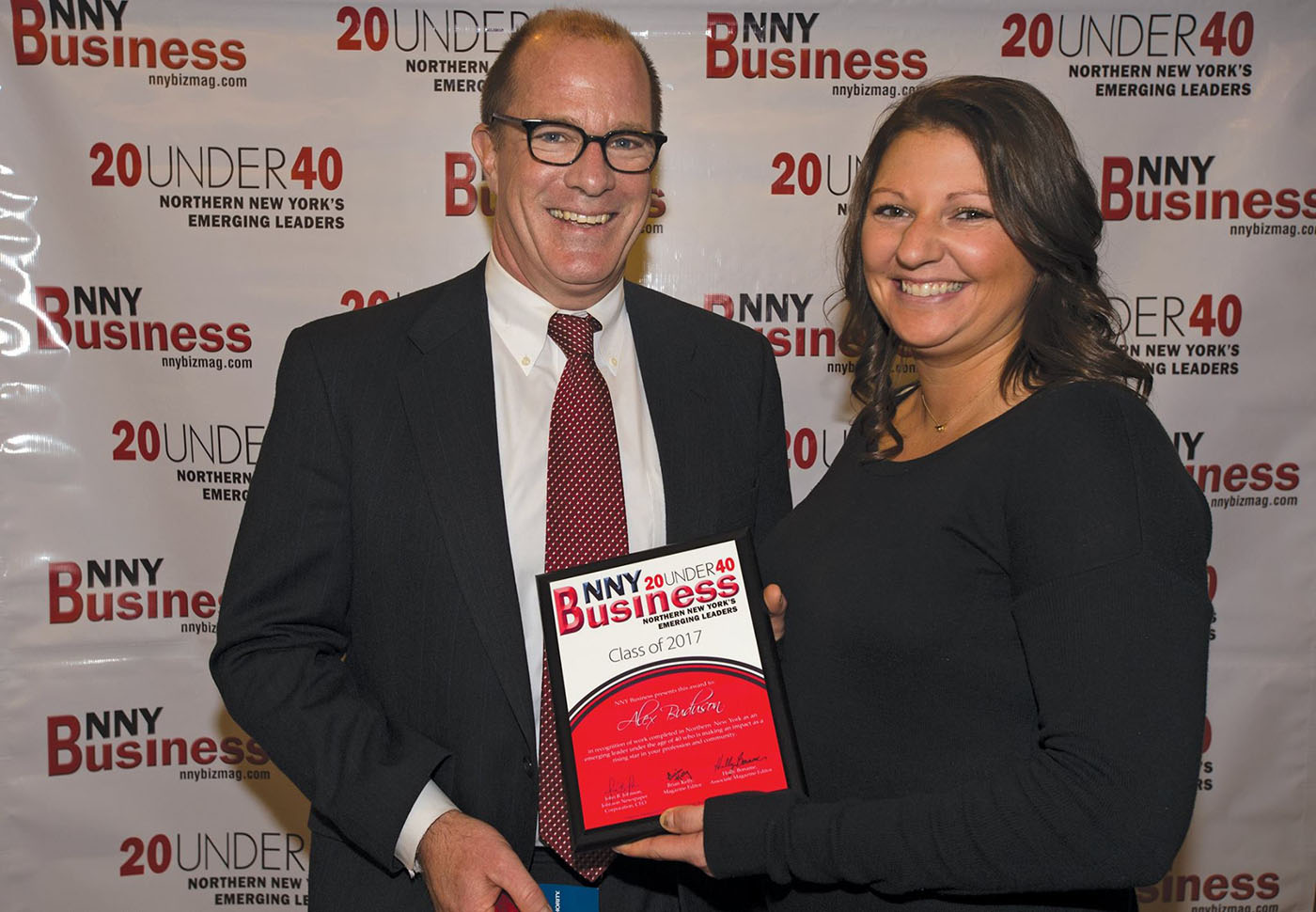 In 2017 Alexandra Buduson made Northern New York Business magazine’s 20 Under 40 list of emerging leaders in the area.

But you also need those people who work entirely behind the scenes and get administrative things done. For the 1,000 Islands Charity Poker Run organizing team that includes Bobby Cantwell, Renee and Ken Lalonde, Courtney Rutherford and Ferris, that person is 32-year-old Alexandra Buduson, who in her day job is the events coordinator for the Clayton Chamber of Commerce.

“Alex is the glue behind what we do,” said Cantwell, who co-owns OVIA Insurance Agencies and is, like Buduson, a Clayton local. “She is the key conduit between our committee and the community of Clayton, New York. She is one of those Millennials who is top-notch at everything she does and she is a key piece to everything that happens during our event. And she is the most humble person.”

Ferris agreed. “Alex is definitely the glue that binds the 1,000 Islands Charity Poker Run,” he said. “We could not do this event without her.”

Told that both Cantwell and Ferris described her as the event’s key binding agent, Buduson, who has a three-week-old son named Austin and has worked in her role for Clayton since 2012, laughed.

“I’m pretty flattered by that, actually,” she said. “I feel like our event is getting better every year.

“I am the go-to person for communications,” she continued. “I talk to everyone—from participants during registration to sponsors to the Saturday night fireworks people to the banquet people.” 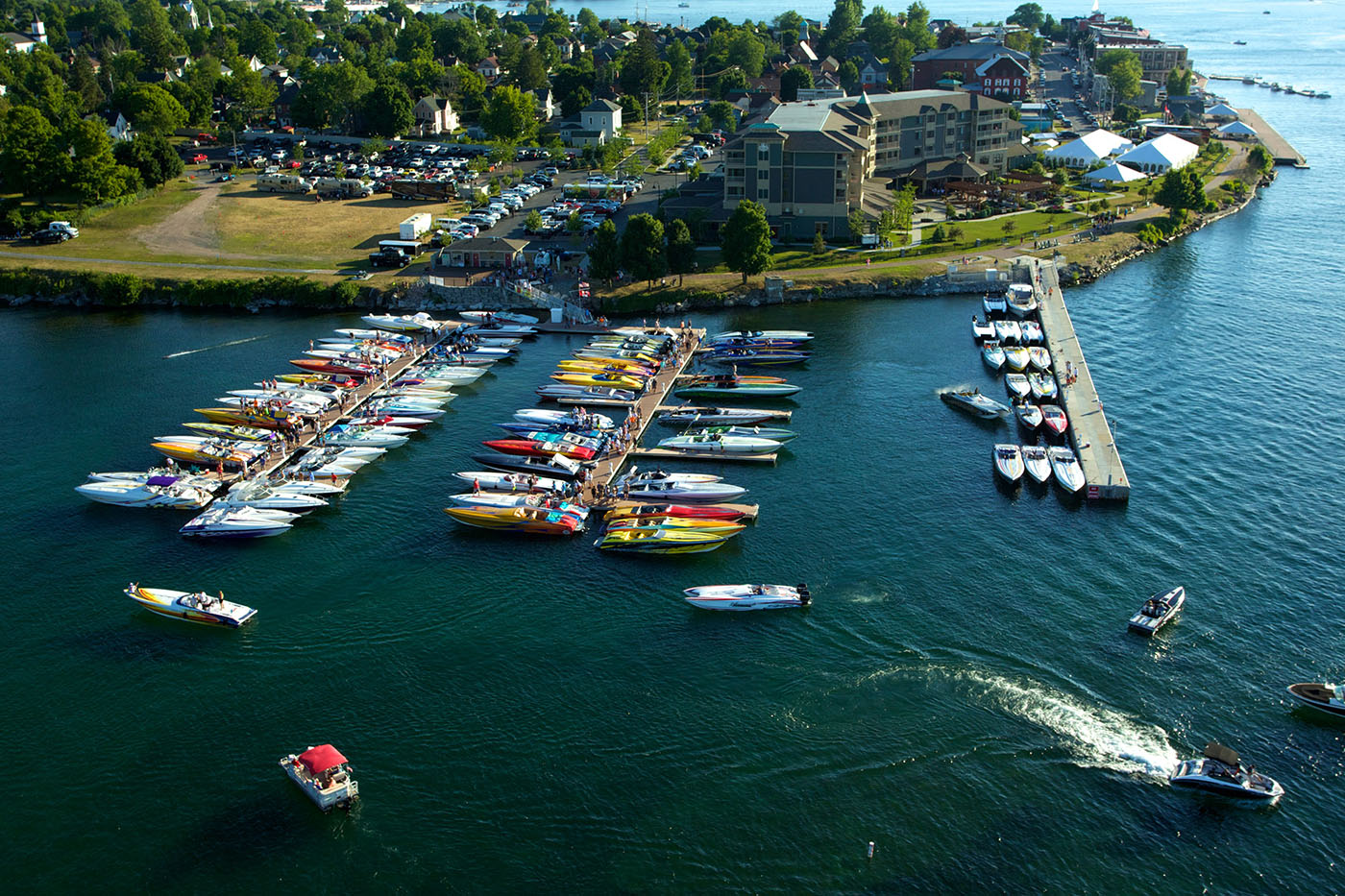 Said Buduson, “I feel like our event is getting better every year. As soon as I got involved, I fell in love with it.” Photo by Tim Sharkey/Sharkey Images.

Buduson grew up boating on the St. Lawrence River in the 1,000 Islands area between the United States and Canada. But joining the poker-run organizing committee three years ago provided her first real exposure to the high-performance boating world. And she immediately was hooked.

“I love it—it’s hard not to love it,” she said. “The enthusiasm, the sense community, I even went to Key West for the race last year.

“I started with the organizing committee because they asked for help,” she continued. “As soon as I got involved, I fell in love with it—how generous all the participants are, being able to raise money for Make-A-Wish of Central New York and our local hospital. And seeing the Make-A-Wish take boat rides last year on Friday really brought a smile to my face.”