You are at:Home»In Memoriam»We’ll Miss You Miss GEICO 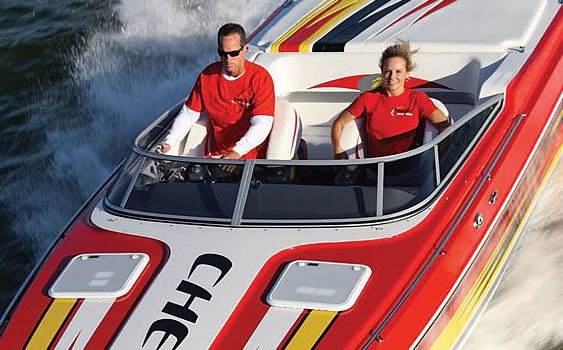 When I think of Reese Lewis, I’ll always remember the fun times we had during our Powerboat magazine testing trips to Florida. (Photo by Robert Brown.)

Why does it always have to be the good ones? I felt it when Steve Tripp died in February. Then in late August, Mike Fiore, arguably the best boatbuilder of his generation, was taken from us way too early, followed just a few days later by the news of one of my favorite people in the industry—Carey Downs—dying in a non-performance-boat accident with his good friend Jeremie Floyd.

Tonight I am heartbroken once again as I sit in front of my computer well into early Wednesday morning pondering the fairness of life and death. Reese Lewis? There has to be some mistake. The exuberant face of the Miss GEICO Offshore Racing team was the last person I spoke with at the conclusion of the Super Boat International Offshore World Championships awards party before driving from Key West, Fla., to Miami to catch my Monday morning flight home. 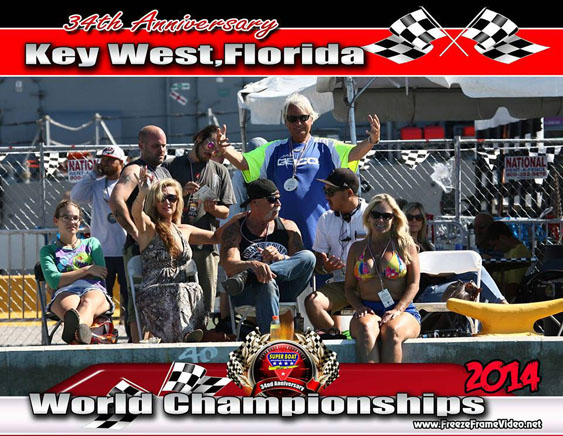 Jeff Gerardi of FreezeFrameVideo.net snapped one of the last photos of Reese Lewis (bottom right) while she enjoyed the Key West Worlds from the Outer Mole.

That was nine days ago. That’s also now a moment in time I will never forget, especially because Reese was her typical energetic and charming self, paying extra compliments toward the hard work Matt Trulio and I have put into speedonthewater.com. I told her I’d see her next in Miami, referring to the Miami International Boat Show in February. Now I wish I gave her one last hug.

With Micheal Stancombe, Trent Weyant and the late Carey Downs (from bottom to top), Reese Lewis made friends wherever she went.

It just seems so unfair that one of the most beloved and familiar faces at boat races and boat shows is no longer with us. The only comforting feeling is that I’m grieving with hundreds, if not thousands, of others who shared a special connection with Reese Lewis—the real Miss GEICO.

Reese, who died suddenly Tuesday evening at her home in Florida, was someone I called a friend. And, as I could tell by the hundreds of Facebook posts on her page and the condolences across various forums (read the OSO thread here) and social media platforms within hours of the news spreading, countless people adored the woman who turned 51 five days ago.

Michael Stancombe, a close friend to Reese and her daughter Chelsie Gilchrist, was the first to tell me what was going on, and the offshore racer from Indianapolis could barely get the words out to ask me if I had heard or seen the news.

“I loved Reese indefinitely, I’m going to miss her…my heart is empty,” Stancombe told me, sharing that he kept a cute note Reese wrote on a hotel notepad for him before he left Key West. The note read: “Love you. Super great weekend and one I will always remember! Have a safe trip home. Love, Reese & Chelsie.”

Boat racer Trent Weyant, who met Reese at the very first offshore race she attended, said she was so full of life and always had a smile on her face even during the bad times.

“I just saw her in Key West and got my customary hug,” Weyant posted on Facebook. “Rest in Peace Reese. You will always be remembered.”

Another of Reese’s Facebook friends from Georgia—Jimmy Lee—provided an interesting perspective on her vibrant personality.

“For many years I have enjoyed boat races, poker runs and shows,” Lee said. “I was fortunate to attend some, but missed many. A beautiful lady named Reese Lewis allowed me to see them via Facebook through her eyes. I was fortunate to meet her and will miss that smile.”

My heartfelt condolences go out to both of Reese’s kids—Chelsie and Austin—as well as her immediate family and the Miss GEICO Racing family. She will be missed, but never forgotten, by the entire powerboat community.