It’s clear nobody is shocked by the way the team at Xtreme Powerboats has rebounded after the unexpected loss of company founder Larry Goldman in May 2017. What is surprising is the way the team—led by Goldman’s wife, Jodi, daughter, Jilian, son, Jacob, and the company’s longtime director of operations, Fran Rittner—has continued to progress and evolve at the same time.

It helps that the sales and service center is a major cog in Westrec Marinas’ impressive Haulover Marine Center in Miami. It also helps that the hard-working team is a forward-thinking team and has diversified its business beyond the performance boat market. Not that Xtreme is getting out of the go-fast world—that’s hardly the case as it has quite a few performance boat projects in the works , handles maintenance and more for plenty of go-fast clientele and still is involved in the brokerage of many performance boats.

Since Goldman’s passing, Xtreme has taken on a couple of brands in the Marquis-Larson Boat Group line, including Striper fishing boats and Escape pontoon boats. Earlier this year, the company also became a Formula Boats Authorized Service Center and has grown into one of the Decatur, Ind., boatbuilder’s top service centers in the country. 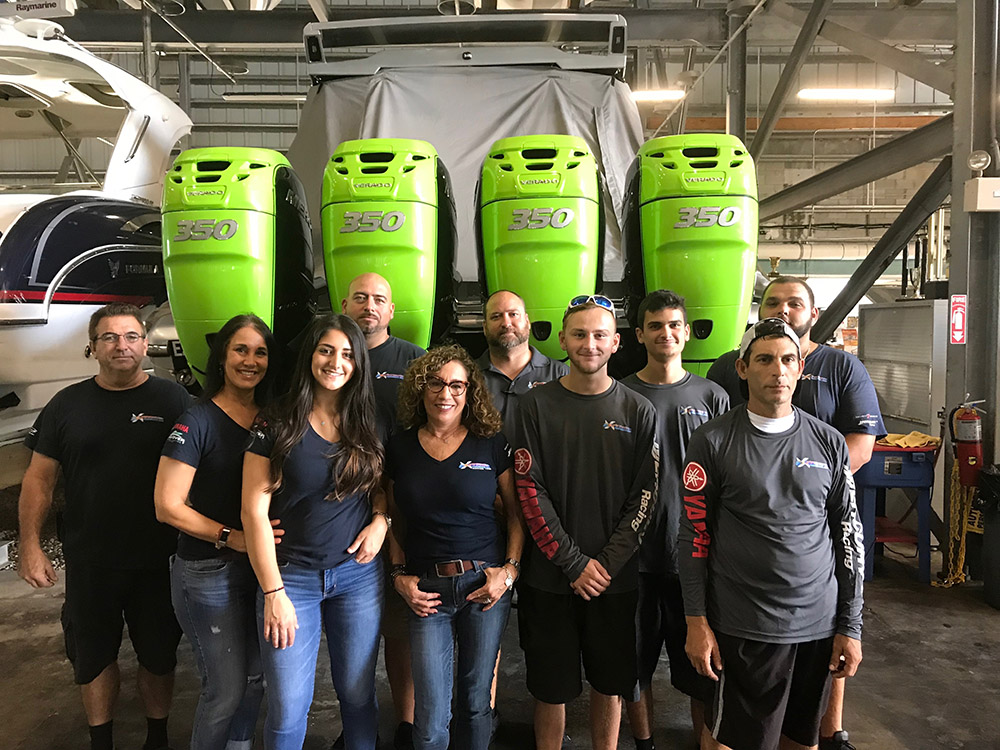 The talented team at Xtreme Powerboats is ready to handle any maintenance or project thrown its way.

According to Jodi Goldman, Xtreme even has a hand in about 70 percent of Formula’s new boat deliveries in South Florida as the team handles Pre-Delivery Inspections for the family owned and operated boat company. And in June, Xtreme hosted—complete with a support crew for the run—a Formula Owners Run to Bimini that attracted almost 30 boats. She’s expecting twice that amount for the 2019 run that is currently in the planning stages.

Now add in the fact that Xtreme is both a Mercury Marine and a Yamaha certified service center, and there aren’t many boats that it can’t work on. 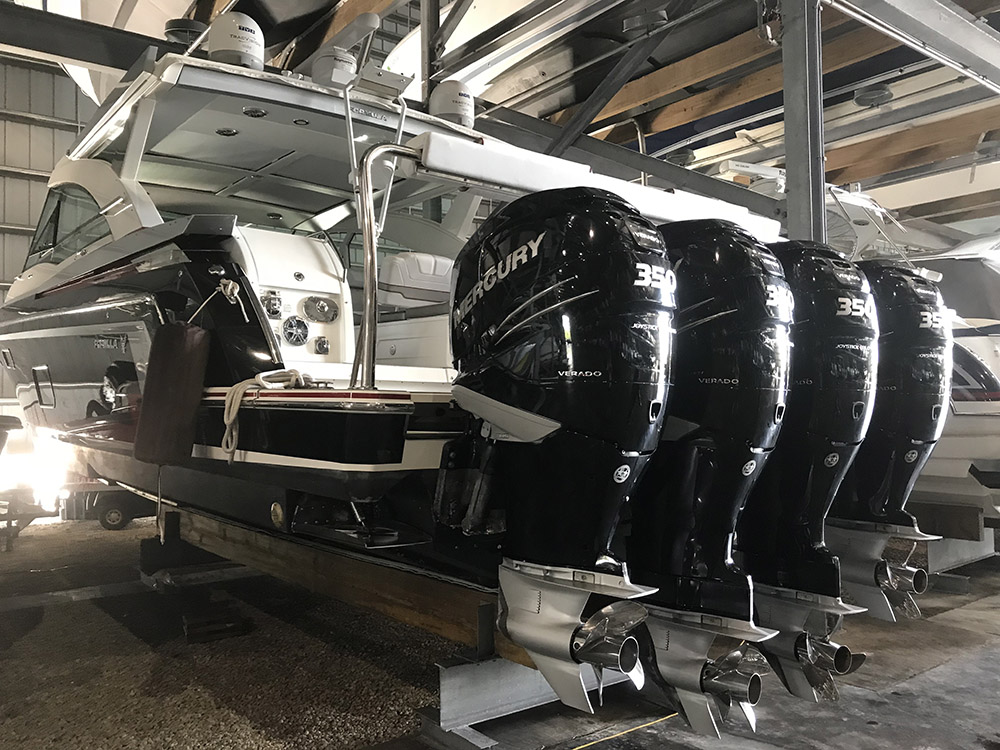 Located at Haulover Marine Center, Xtreme Powerboats is one of the top Formula Boats Authorized Service Centers in the country.

“We have not eliminated the high-performance part of our business, we’ve just changed the way we look at boating,” Jilian Goldman said. “We’re trying to accommodate the variety of boats in the area, which includes center consoles, cruisers, walkarounds, bay boats and even pontoon boats. Who would have ever thought we’d see as many pontoons as we do in South Florida now?

“One thing my dad always told me is that Miami is the Mecca of powerboating in every aspect, not just performance boats—and he was right,” she continued. “What we’ve learned is that there is more than one way to do something so it’s worth giving it a try.”

“If Larry was still here, we all think he’d be doing the same thing—he was never afraid of change,” Jodi said. “Where we are located, there are so many different types of boats why wouldn’t we try to be of service to as many as possible?”

It’s safe to say that the Xtreme Powerboats crew is living up to its founder’s vision. And while Larry is the only person who could answer this, they may have even exceeded his expectations. And for that reason alone, they continue to push forward and keep his dream alive‚ as reported in the related OffshoreOnly.com story from October 2017, “Keeping Larry’s Dream Alive.”

Former Powerboat editor Jason Johnson was an integral part of the magazine staff from 2005 through 2011, utilizing journalistic integrity and experience in and around performance boats to report on all aspects of the go-fast lifestyle. The award-winning writer resides in Northern California and is the executive editor and co-publisher of speedonthewater.com.