You are at:Home»Community»Always On The Job

Like many of you, I awoke last Saturday morning to the awful news that Louisiana’s Michael Pierce, a beloved member of the high-performance boating community, and his father, Mike, had died in an automobile accident the night before. Unlike Johnson, my friend and colleague at speedonthewater.com, who first reported the tragic story, I didn’t know Michael Pierce. I just knew of him as the owner of a sensational Pure Platinum series Skater Powerboats 388 catamaran.

But Johnson did. Through tears, he worked from Friday night till early Saturday morning to get the story and respectfully report it. 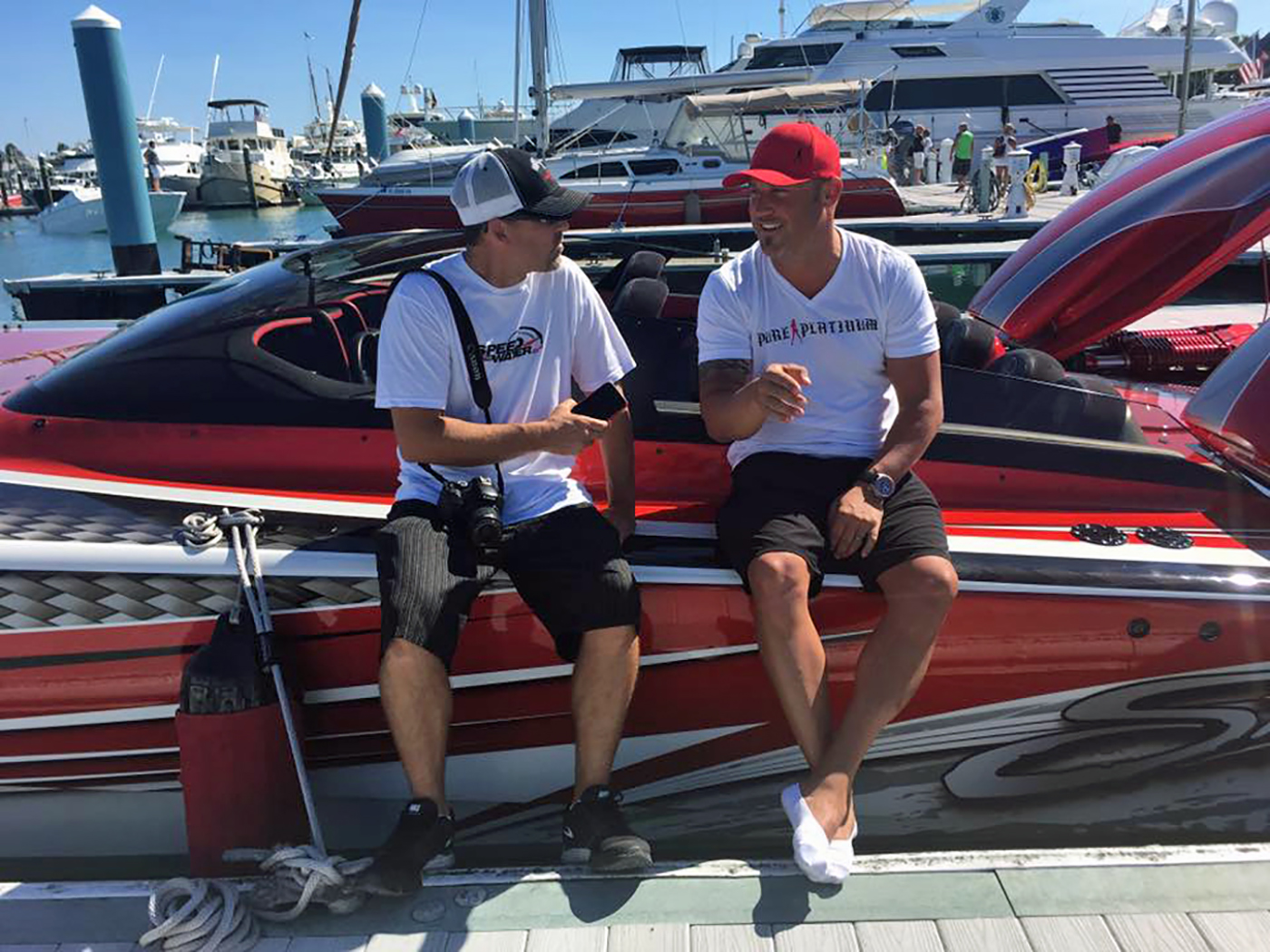 This was not Johnson’s first time reporting the loss of a friend from the go-fast boating world. Last year, he had to report on the loss of his friends Brad and Connie Kloepfer of former Lickity Split fame after the Desert Storm event in Lake Havasu City, Ariz. Johnson worked through the night, as well as his own grief, on that story as well.

This also isn’t the first time I’ve written about my friend and colleague’s courage and unmatched dedication to his craft, especially when the subject couldn’t be more horrific. Following the Kloepfer tragedy, I wrote a story on his reporting called “A True Professional.”

Reporting death is hard enough when you don’t know the deceased. You find yourself in the position of asking questions that no one really wants to answer. You cannot be sensitive or careful enough as you gather the information—in a highly charged environment—you need to tell the story. And you absolutely, positively cannot get it wrong.

Add your own strong emotions to the equation and task gets that much more formidable.

I know this firsthand. Like Johnson, I’ve reported the deaths of more than a few friends from the powerboating world during the years. It does not get any easier. In fact, it just gets tougher because you never forget any of it. The voices of sorrow and despair and anguish you hear stay with you forever.

Johnson was just doing his job the way he always does—with integrity and commitment. The focus of his efforts, of course, was reporting the tragic loss of Michael Pierce and his father, Mike.

And they are the focus of all else now that Johnson’s work is done.