You are at:Home»Awesome»Chilling Out On The Course 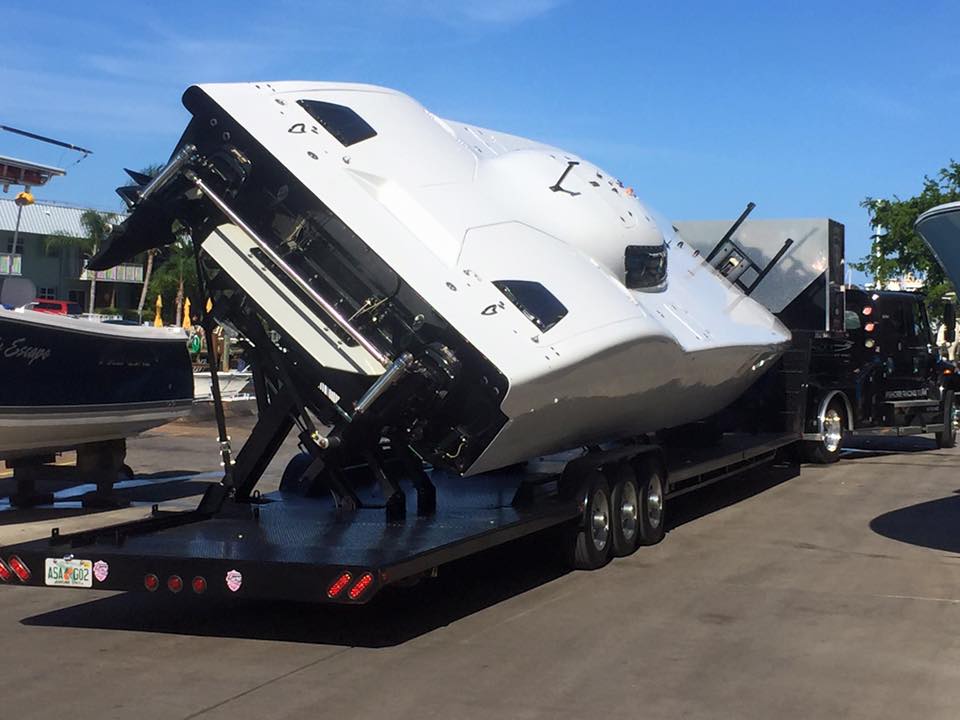 While Sailor Jerry/Autonation didn’t have its graphics “livery” applied when this image was taken in mid-April, it did have its Icybreeze air-conditioning system.

There are two things I vividly remember about driving the Reliable Carriers MTI catamaran with renowned throttleman Jerry Gilbreath—long retired and now living in Coeur d’Alene, Idaho—for a Powerboat magazine story assignment almost 10 years ago. First, any steering input scrubbed speed. “Less is more,” Gilbreath told me again and again until I finally sort of got it.

Second, even on a relatively cool day, the inside of a canopied raceboat can get miserably hot and stuffy. Between my own nerves—I was behind the wheel next to Jerry Freakin’ Gilbreath for god’s sake—and the heat generated by two big guys wearing helmets and held fast in their bucket seats by five-point harnesses in a small, enclosed space, I was drenched in sweat by the time I climbed out of the boat. Giddy as hell, but drenched.

And that was on a cool late-fall day, just tooling around the glass-smooth waters of Sarasota Bay, Fla., for about 45 minutes—not exactly race conditions on the order of what you’ll find anywhere in Florida or the Northeast during the summer. On those days, raceboat cockpit conditions are simply miserable. 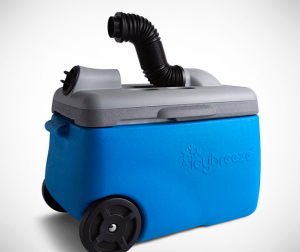 Housed in a cooler that at first glance looks like a run-of-the-mill ice chest for adult beverages, the system uses a combination of water and ice, as well as a multi-speed fan, to pump out air that is “up to 35 degrees cooler than the outside air,” according to the company’s website.

Sweers learned about the Icybreeze system through his 10-year-old son, Chase, who saw it on the ABC’s “Shark Tank”, a show where “budding entrepreneurs” present their new-product ideas to “five titans of industry” for potential funding. (As with all reality shows, public failure and humiliation are the big draw.) Sweers was struck by the simplicity of the product and thought it would be ideal for cooling the cockpit of his raceboat.

“One of the challenges of getting air-conditioning in a canopied raceboat is how to do it without creating electrical issues and adding a lot of weight,” he explained. “This system is simple and inexpensive and basic, and it works great. I actually tested it a couple of weekends ago.”

Sweers installed two Icybreeze units “with slight modifications” in his raceboat. Each unit added approximately 20 pounds to the cat and cost $350.

“I don’t think it’s ever been done before in a raceboat,” he said. “It’s just one of those things that is so simple and basic, and I think it’s going to work great for us. Anytime you can have less heat in a raceboat cockpit, you have less fatigue. And that means you can remain sharper throughout the race.”

Editor’s Note: For a closer look at the Sailor Jerry/Autonation team’s plans for the 2016 offshore racing season, click here.