You are at:Home»Awesome»Going Big In Bimini 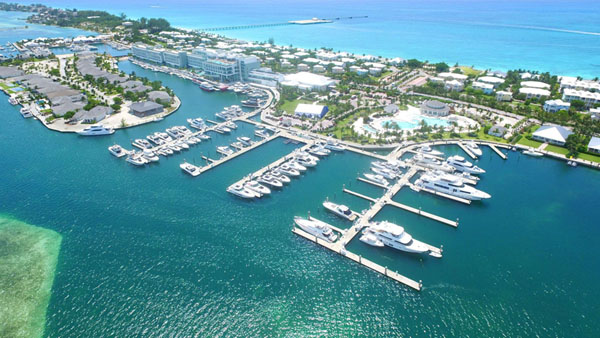 Having been to Bimini a couple of times — once for the introduction of Formula’s stepped-hull sportboat line in 1997 and again for a new Sea-Doo watercraft model release a few years later — I am disappointed I won’t be there this weekend for the first Offshore Powerboat Association Resorts World Bimini race. But a whole mess of less-sexy duties, most notably publishing the March/April issue of Speed On The Water digital magazine that went live yesterday with my colleague Jason Johnson, getting ready to head to Desert Storm next weekend and working out coverage for the Tickfaw 200 Poker Run, called.

But that doesn’t mean I have to like it.

So as he did throughout the 2016 OPA season, offshore racer Johnny Saris is going to provide coverage of the Bimini event for speedonthewater.com and — by proxy — offshoreonly.com. He’ll be joined by Pete Boden, our chief photographer, who’s actually at Port Everglades in Fort Lauderdale, Fla., today shooting the departure of the 30-boat Chesapeake Bay Powerboat Club fleet heading to Bimini for the weekend. Once the boats are gone, Boden will have to rush (we’ve seen him drive so we know he can) to catch his flight to the island.

The product of happy coincidence as much as careful planning, the CBPA presence in Bimini is a huge value-add for the OPA. First, thanks to the club members making the weekend fun run, it provides free start-boats and turn-boats for Saturday’s three scheduled races.

Second and more important, it creates more critical mass in terms of boats in the harbor — and heads in the beds — at Resorts World Bimini, which is footing the bill (including paying for round-trip raceboat transit from the mainland to the island) for the race. While 22 raceboats and 30-something pleasure boats are by no means a huge turnout, they are a solid showing or an inaugural event in a foreign country.

Plus, they’ll all be running on “Bimini water.” If you haven’t been lucky enough to see what that means firsthand, check out any Formula Boats catalogue or print advertisement from the past 20 or so years. You’ll instantly know what I’m talking about — and why Formula has invested considerable resources shooting its new model-year fleet there for so many years.

Between the raceboats and pleasure boats and the waters that will host them this weekend, the upcoming NBC Sports Network program on the race should at least be visually stunning. How the plot lines develop, and with a relatively small racing fleet that could prove challenging, will in large measure determine content for the TV show, which also is being sponsored by Resorts World Bimini. But the program is almost guaranteed to be eye-candy, even for viewers with zero interest in the go-fast boating world.

Like most of you, the reporting and images are as close as I’m going to get to Bimini this weekend. When I watch the TV show in July, I’ll probably kick myself for not being able to be there. But as a former Powerboat magazine editor I worked for once told me (borrowing from the movie “Full Metal Jacket”) as he handed me a plane ticket for an assignment in Peru, “Sometimes you’ve got to stay in the rear with gear.”

But that doesn’t mean I have to like it.