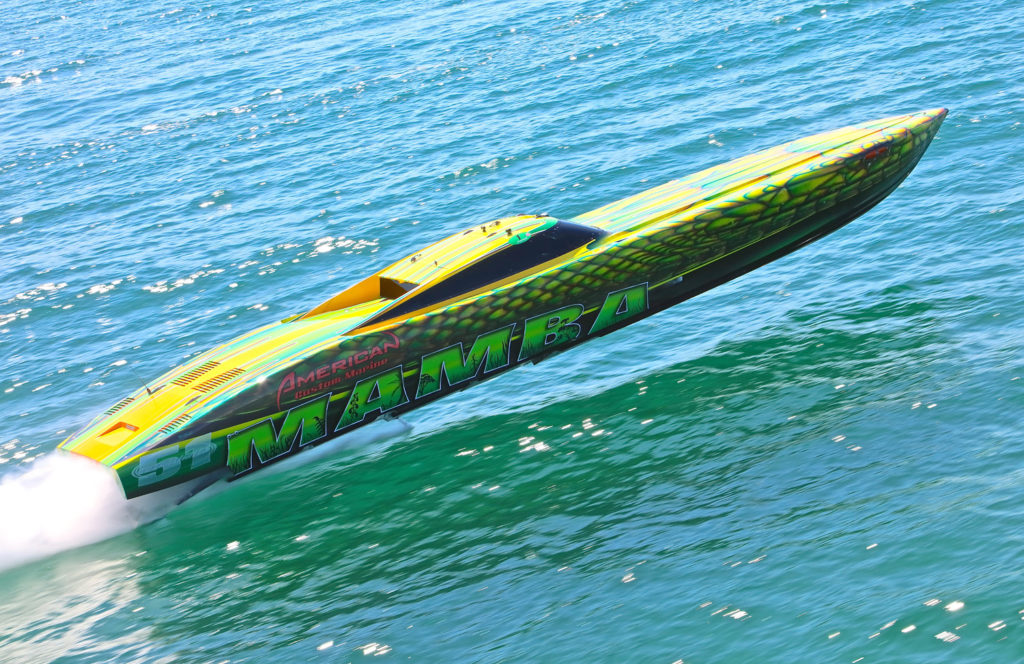 Without question, the Outerlimits Offshore Powerboats 51 GTX called Mamba is one the most—if not the most—photogenic V-bottoms in the high-performance boating world. Dressed in a snakeskin-themed paint job from The Art Of Design and owned by American Custom Marine principal Michael Knoblock, the 51-footer is a showstopper.

It’s also the perfect calling card for Knoblock’s business, which he started six-and-a-half years ago after a long career in the motorcycle world. Located in Kimball, Mich., American Custom Marine started as a simple high-performance powerboat storage facility. Since then, the company has expanded to include engine service and maintenance—American Custom Marine is a Premiere Mercury Marine Service Center—and well as fiberglass/carbon fiber and paint repair.

“About the only things we don’t do are full engine rebuilds and complete paint jobs,” said Knoblock, who currently has six employees in the shop. “We pull engines, install new engines and do re-rigging, but we leave engine building and rebuilding to the engine guys. And if someone wants a whole boat painted, we let the whole-boat painters do it. Our fiberglass and paint repair guys are really busy right now—they’re busier than our engine technicians.

“We have gone from one building to three, and we have about 20,000 square feet of space,” he continued. “All the guys who live inland want to keep their boats inside during the winter. So I got a building and away we went. I always try to store boats we’re going to be working on during the off-season.” 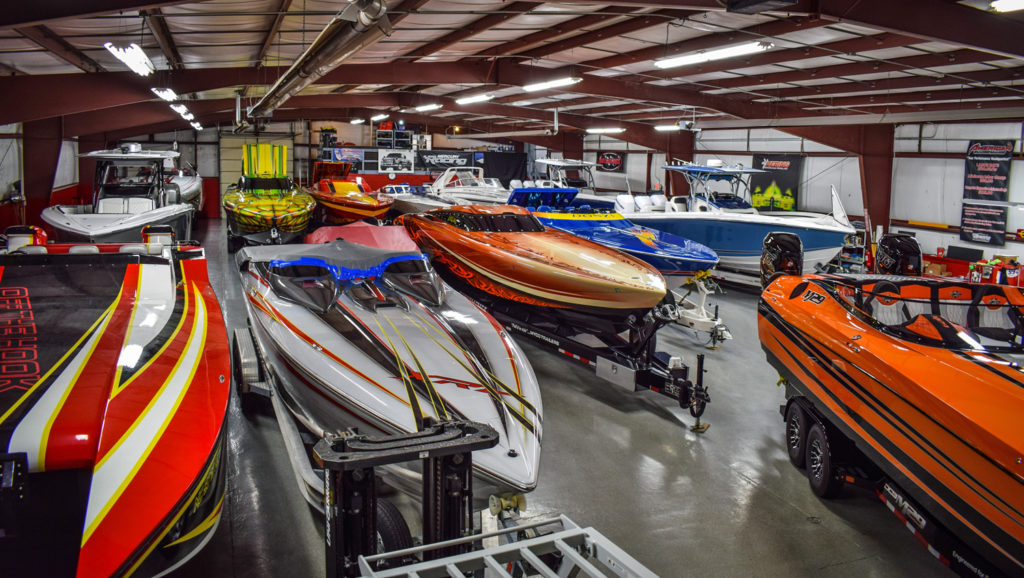 Most of the boats currently in storage at American Custom Marine also are getting off-season service, repairs and upgrades from the company.

Of course, the off-season is the company’s busy season when it comes to service and upgrade work. Though most of the outfit’s customers are from Michigan, the company also has clients from Ohio and Canada. In addition to offering boat brokerage and Mercury Marine/Mercury Racing parts sales, American Custom Marine became the Nor-Tech Hi-Performance Powerboats dealer for the Great Lakes region four years ago.

“I have one Nor-Tech in production now and a slot for a 45-footer that’s going to start in the next few months,” said Knoblock.

Through event sponsorships, not to mention campaigning for Mamba at various poker runs throughout the boating season, Knoblock has put American Custom Marine on the national map. He currently sponsors the Boyne Thunder Poker Run in Michigan, the Erie Poker Run in Pennsylvania and the LEOPA Thunderfest Poker Run in Ohio. Of course, he also runs his breathtaking boat in Florida-based events.

While Knoblock acknowledges the marketing benefits of event sponsorship and participation, what drives him is beyond his business interest.

“It’s a passion,” he said. “I love coming to work every day and I like supporting the whole sport of high-performance powerboating and poker runs. I like to help the sport. All of the customers participate in poker runs.

“We’re very specialized—we only handle high-performance boats and center consoles,” he added. “I’m happy I’m in this business. I love what I do.”