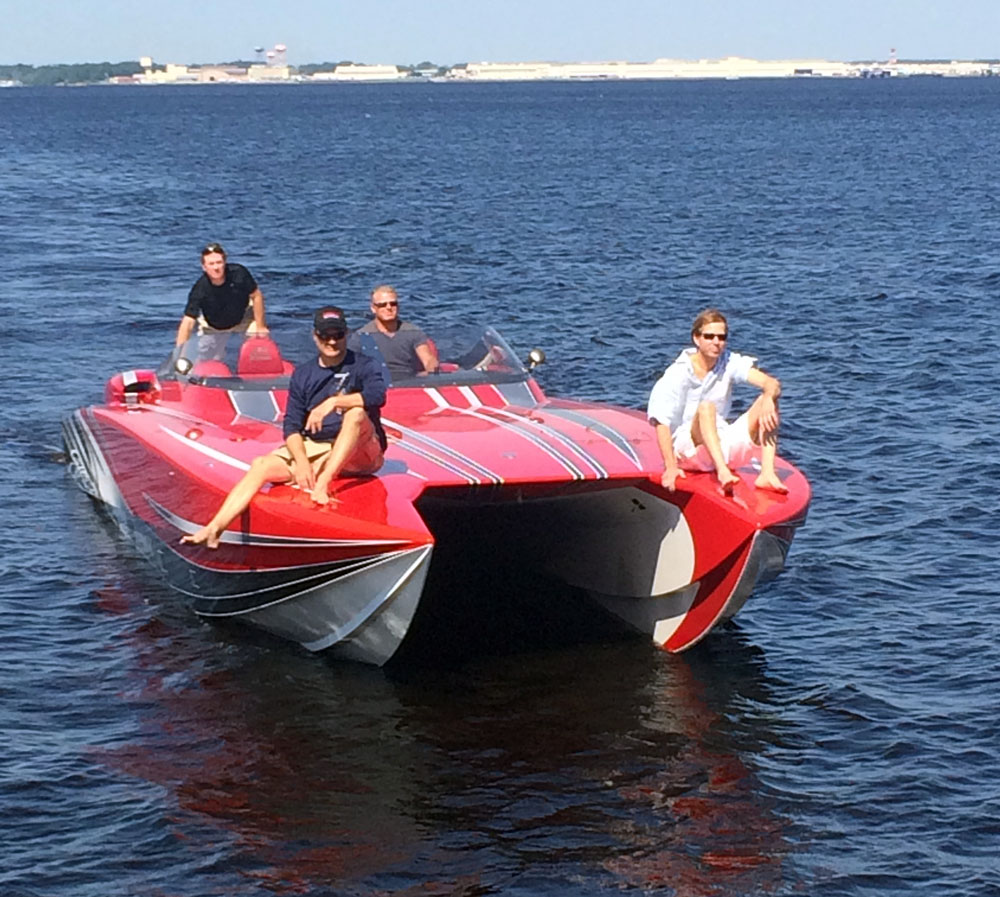 Bill Pyburn brought his former pride and joy—the 388 Skater Pure Platinum—back to the docks after running the catamaran with its new owner David Southern.

Kentucky performance boater David Southern didn’t have any doubts he was buying an impressive boat when he made a deal with noted poker run enthusiast Bill Pyburn Jr. of Jacksonville, Fla., to purchase Pyburn’s 38-foot Skater Powerboats catamaran Pure Platinum.

Now, after a day of running the 38-footer in Jacksonville with Pyburn, who offered to go out with Southern and provide some insight on the boat once it was ready, Southern believes he has one of the best boats on the planet. What’s cool to him, and to accomplished engine builder Tommy Hofstetter of Chief Performance, is that the boat is a little different than when it was owned by Pyburn, who took delivery of his new Pure Platinum 388 Skater at the Miami International Boat Show in February.

The main difference is the power. Southern, who owned a 36-foot Skater with twin Mercury Racing 1075SCi engines that Chief rebuilt for him, opted to install a pair of Chief’s turbocharged 1,350-hp engines after doing some research on Hofstetter and the reliability of turbocharged offerings. Chief also rebuilt the boat’s No. 6 drives and installed its new digital dash, which is a complete engine-monitoring/diagnostics system designed by Hofstetter and included with all of his engines. 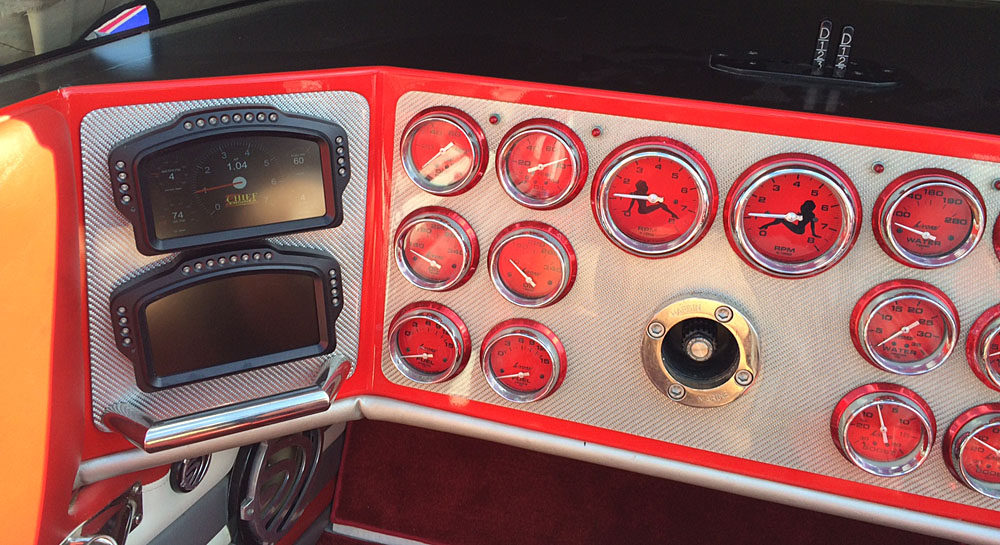 “Last year, after I ran the Lake of the Ozarks Shootout in my 36, I was a little disappointed so I got a bug in my ear to start looking,” said Southern, who does much of his boating on Kentucky’s Lake Cumberland with his wife, Sherry, and son, Jon. “I had a conversation with Bill about his boat and as time went by I got more serious about it. So I found someone to buy my boat and I did the deal and sent the boat to Tommy at the end of last year.

“Bill told me and Tommy that when we were ready to let him know and bring the boat to his place so he could show us a few things about the boat and its setup,” he continued. “Bill certainly was gracious, helpful and generous with his time. You could tell he still enjoyed the boat, too.” 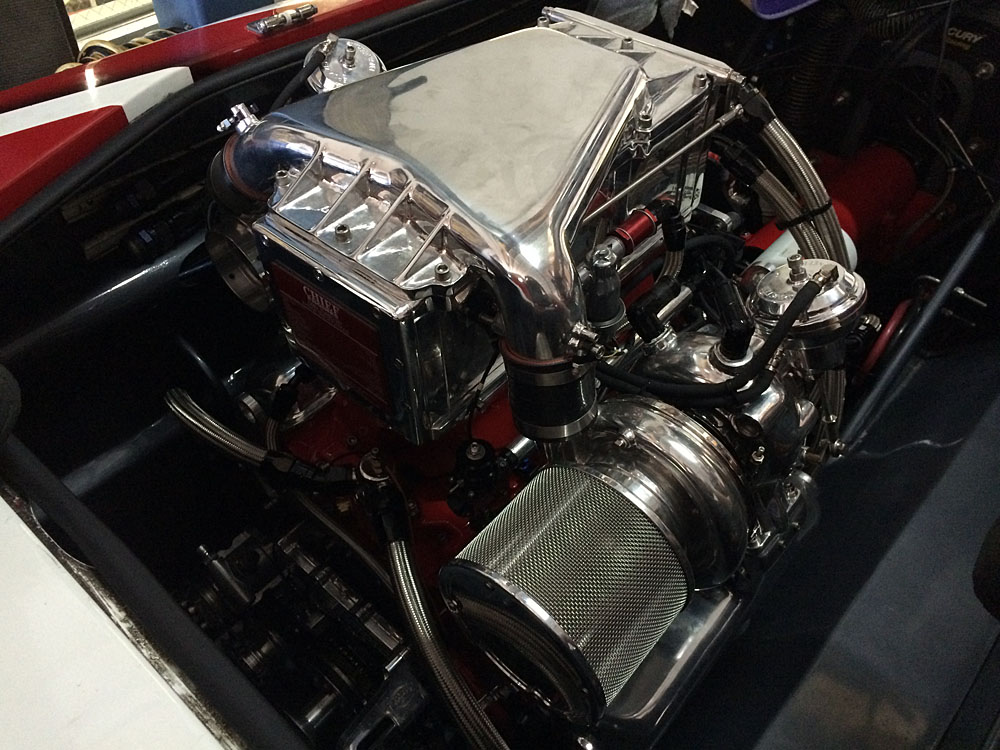 A pair of 1,350-hp turbocharged engines from Chief Performance were recently installed in Southern’s new ride.

Hofstetter said the experience of seeing former and current owners come together like that was pretty neat. Having both Pure Platinum Skaters together—Pyburn brought out his new boat with twin 1,800-plus-hp Goodwin Competition engines too—made the experience that much better, according to Hofstetter.

“David is ecstatic with the boat,” Hofstetter said. “The thing is so dialed in. It runs perfectly and it’s so stable at speed. It really is a one-of-a-kind boat. I’m excited for David and his family.”

Along with Pyburn and Hofstetter, Southern said his friends Kevin Cundiff and Garth Tagge joined him Jacksonville to pick up the boat.

“The boat is so much different than my 36—it’s more stable for sure,” said Southern, who had his 36 Skater for five years after owning a 30-foot cat from Eliminator Boats for a few years before that. “The thing runs like it’s on rails. The handling, the turning, everything is so much better. And of course the engines are night and day. They ran really well out there. I have to thank Tommy and the guys at Chief for all of their hard work.” 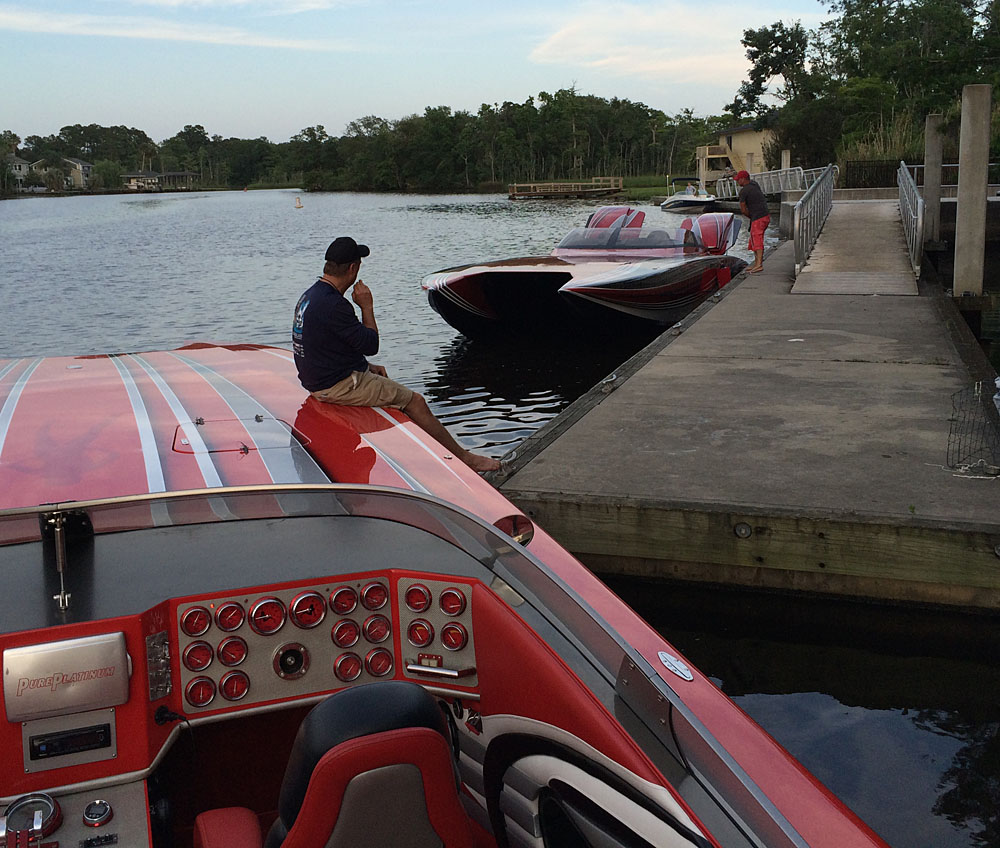 Along with the two poker runs on his hometown lake—the Thunder Run in June and the Lake Cumberland Poker Run in September—Southern said he plans to haul Pure Platinum to Michigan for Skaterfest in early August and to Missouri for the Lake of the Ozarks Shootout in late August.

As for plans to update the look of the boat, Southern he doesn’t have any. “I’m sure I’ll do the interior eventually, but I can’t see changing the paint—it’s unbelievable.”