While working my way around the Miami International Boat Show for a couple of days last week, there were several things that stood out. First of all, it was clear to me that the Virginia Key venue, which was hosting the show for the fifth year at Miami Marine Stadium since it was moved from the Miami Beach Convention Center, was arguably the best boat show setting in the country being that everything was at a single location, many of the boats were available for demo rides and the views of the downtown Miami skyline were simply breathtaking. 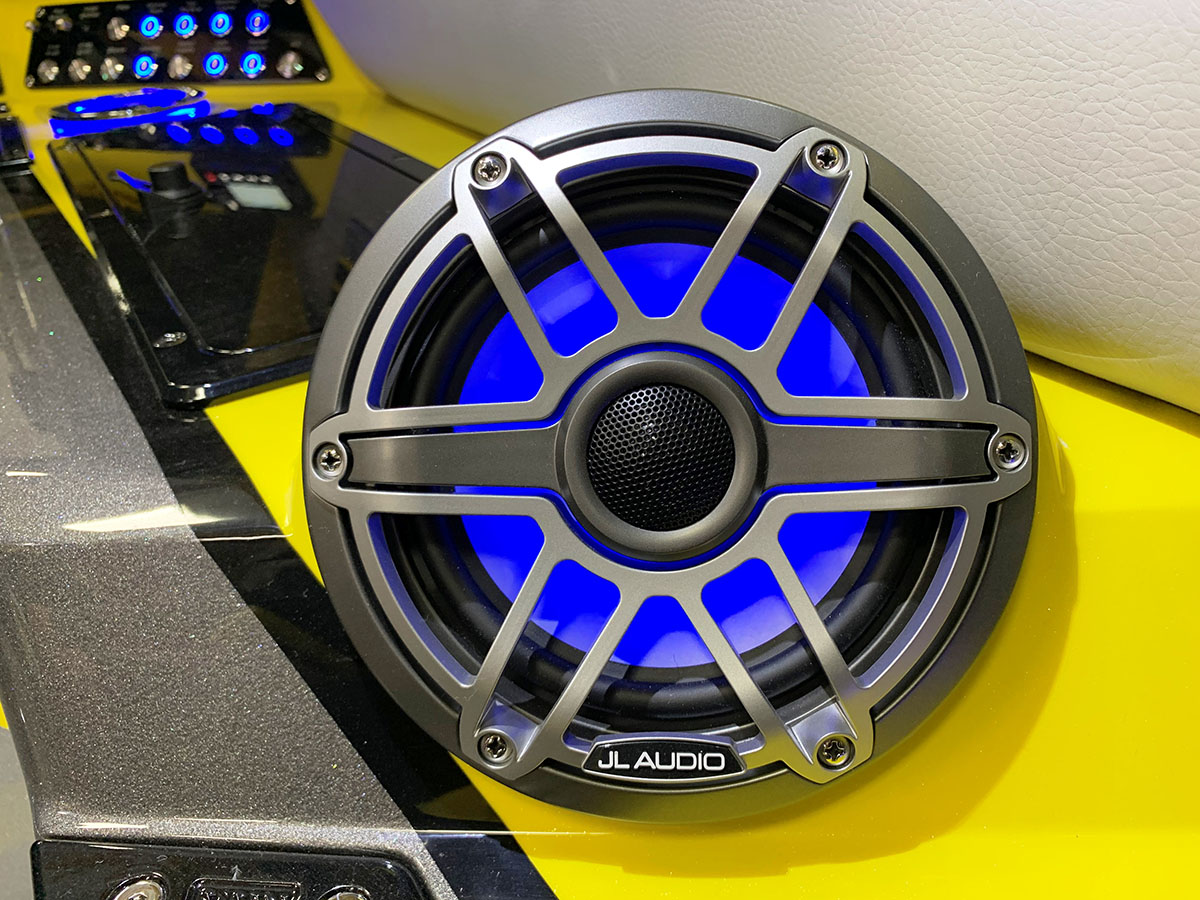 Performance boatbuilders from DCB and Cigarette to MTI and Nor-Tech have been impressed with the latest and greatest JL Audio equipment. Photo courtesy DCB Performance Boats

Second, it was apparent that the application of outboard engines across the entire marine industry is far from a fad as a majority of the boats in the water and in the tents were equipped with the powerful transom-mounted engines from Mercury Marine, Mercury Racing, Seven Marine, Yamaha and more. Besides a few performance boats, which by the way are the most eye-catching machines at the show thanks to their flashy paintjobs and gorgeous interiors, from the likes of Donzi Marine, MTI, Outerlimits Offshore Powerboats and Skater Powerboats with stern-drive power, most featured two, three, four, five and even six outboard engines hanging from the back.

Another thing that was hard to miss was the fact that JL Audio has cornered the market with its speakers and subwoofers as probably eight out of every 10 go-fast boats featured the Miramar, Fla., company’s components. With that in min, I took a few minutes late in the day on Thursday to catch up with Ora Freeman, JL Audio’s director OEM Sales for North America, who was hanging out at the docks in a new Nautique wake-sports model that featured the company’s patented WaveFront speaker technology that emits sound through a specially tuned aperture at the base of the boat’s windshield, helping to anchor the soundstage and deliver sparkling detail at all listening levels. The demo boat also included some futuristic-looking tower speaker enclosures, tons of M6 speakers throughout and a couple of WakeSub subwoofers mounted discreetly in the rear gunwales next to the rear-facing lounges.

Freeman was definitely excited about the WaveFront technology as well as with JL Audio’s new 12-inch M7 marine subwoofer, which he said can handle more than twice the power of JL’s potent 10-inch M6 subwoofers and has a whopping 61 percent more cone area and 2.25 times the air displacement capability of its smaller cousin, resulting in more than six decibels of additional output capability. As I sat on the lounges at the back of the Nautique, he demonstrated the rear-projecting, heavy-hitting bass performance in the open-air environment, and man was it impressive.

Not to downplay other sound system options on the market, but JL has a stranglehold within the performance boat industry and between style, functionality and compatibility, it’s easy to see why. 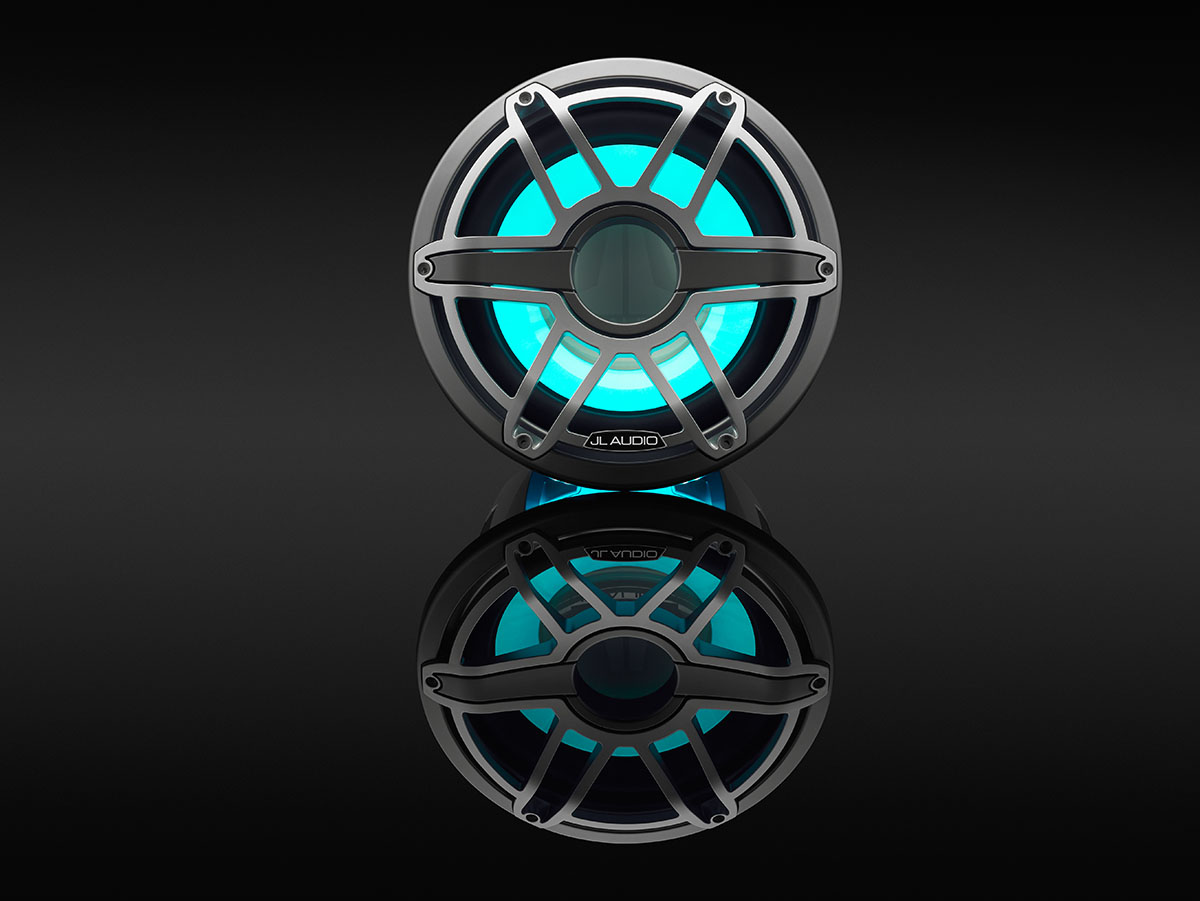 The addition of its new MVi line of networkable DSP amplifiers, which offer built-in tuning power, reference-grade audio performance and outstanding installation flexibility, only further enhance the complete package available from JL Audio. Add in the training and technical assistance offered by the company, and the decision by go-fast-boat manufacturers to go with JL Audio components seems like a no-brainer—unless of course a customer desires a different product.

According to Freeman, the new MVi amplifiers, which come in eight different models to suit boatbuilders’ and boat owners’ needs, are easily configured from the captain’s seat of a boat using JL Audio’s TüN software on a compatible computer, tablet or smartphone. He said that the new amplifiers allow for intelligent optimization of each audio channel’s timing, frequency response and output level, resulting in an incredibly dynamic and accurate sound system for marine environments.

Much of the technology Freeman explained is over my head—and some of it is even over his—but clearly JL Audio continues to evolve and develop its products to stay ahead of the competition. That was pretty apparent at this year’s Miami International Boat Show.