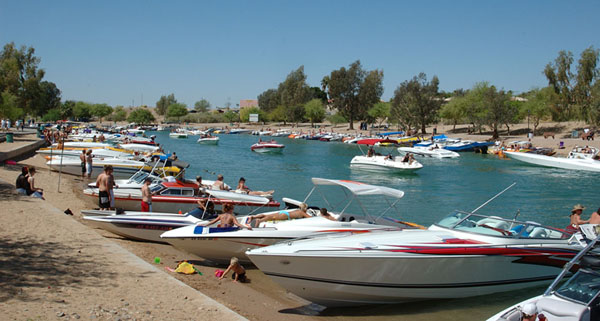 When the boat show opens in a little more than two weeks on Friday, April 7, attendees are going to be treated to the largest Lake Havasu Boat Show yet. Organizers are expecting 130-plus exhibitors and vendors at Arizona’s Lake Havasu State Park. That’s a positive thing for show goers — for obvious reasons as it’s only $5 for adult admission on Friday, Saturday and Sunday (kids 6 and under are free) — not to mention the dealers and builders, many of which are based in Lake Havasu City.

“The growth of this boat show has been astounding,” commented Bob Brown, the producer behind the Lake Havasu Boat Show. “This will be the first time we’ll be using both special event areas at the State Park, Windsor: lots 3 and 4, plus the new launch ramp and courtesy docks for in-water demos during the show. I’m recommending that visitors arrive early and plan to make a full day of it. The boat show is that big — so big you might not be able to see it all in one day.”

According to Brown, the recent announcement that boaters will be able to come to the show by boat for the time in the show’s history has a lot of people excited.

“Arizona State Parks has just finished a new 600-foot-wide white-sand boater beach located along the northwest shore of London Bridge Channel adjacent to the Kings View condos,” Brown said. “This new stretch of beach will allow boaters to beach their boats and walk directly into the boat show during show hours. The beach is available on a first-come, first-serve basis and there is no charge for beach access. Boaters have been waiting for this opportunity for a long time and it’s a unique and very special addition to our show.” 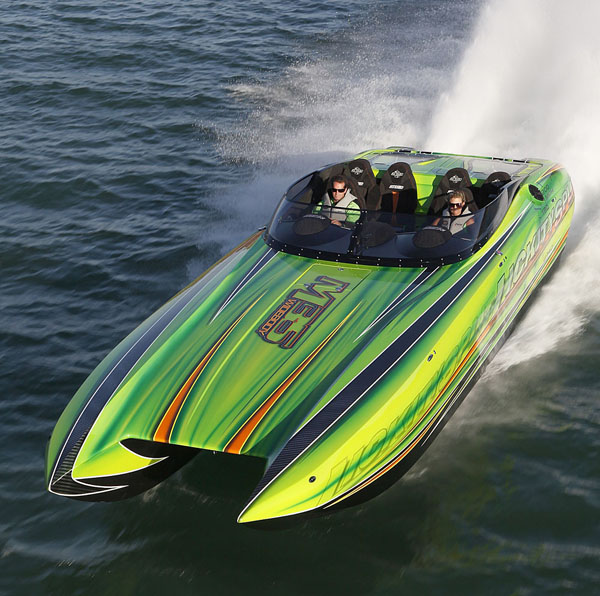 The one-of-a-kind DCB M35 Widebody Lickity Split is going to be one of a couple of dozen boats in the running for the new “Havasu’s Coolest Boat” contest. Photo by Robert Brown

But that’s not the only addition. Brown explained that in an effort to provide a more interactive element to the show, organizers are asking the public to help decide the winner of “Havasu’s Coolest Boat” contest. Located in the new Windsor lot 3, the “Havasu’s Coolest Boat” pavilion will contain a diverse selection of the most exotic boats in the Southwest. Show visitors are going to have the opportunity to cast a vote for their favorite boats and the winners will be announced on Sunday afternoon before the show closes at 3 p.m.

Along with several boat builders, including Advantage Boats, DCB Performance Boats, Eliminator Boats, Nordic Boats and more, Mercury Racing is going to be at the show with its mobile showroom touting its “Race to Repower” program for boaters looking to repower their existing boats with HP500 and 525EFI engines for new 520, 540 or 565 models. Making the push to repower even more attractive, Mercury is offering a cash discount from suggested retail as well as a free upgrade to digital controls. 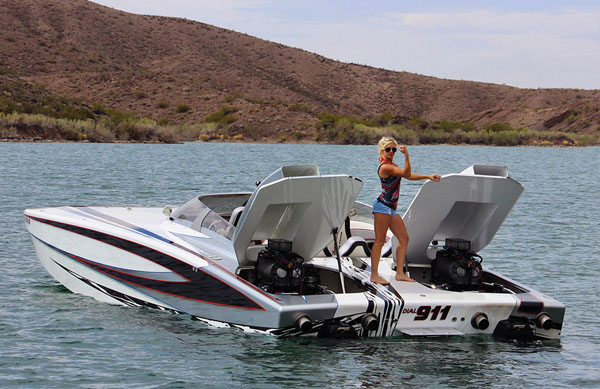