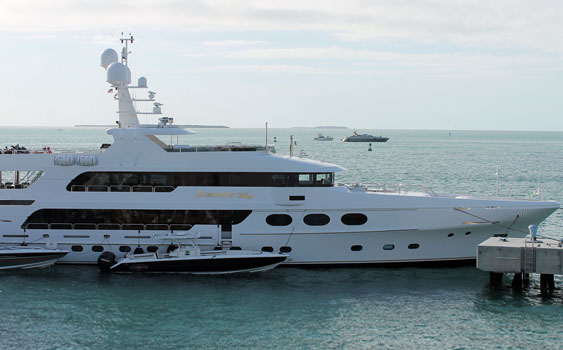 From the big rig and cars in the poker run village, the recently opened restaurant with a great location on famous Duval Street and the Superboat-class race boat wrapped in the colors of the up-and-coming burger franchise, you couldn’t go far last week in Key West, Fla., without coming across BurgerFi.

While there are many behind-the-scenes folks who have made BurgerFi the fastest-growing all-natural burger franchise in the country, the driving force behind the company is successful businessman John Rosatti. The owner of the Plaza Auto Mall in Brooklyn, N.Y., as well as several award-winning high-end restaurants, Rosatti is a performance-boat enthusiast with an affinity toward Cigarette Racing models.

Although he no longer owns his Cigarette 50 Marauder, which was powered by twin Mercury Racing 1350 engines, he still has his 39 Top Fish—it was parked alongside his yacht in Key West last week. He said he loves the triple-engine center console but admits that his longtime girlfriend Dawn Kimball uses it more than he does.

While watching the Super Boat International Key West Offshore World Championship races on Friday from his 162-foot luxurious Christensen mega yacht, Remember When, Rosatti shared some noteworthy news. The 69-year-old entrepreneur has a 52-foot catamaran on order from Marine Technology Inc. that is expected to be unveiled at the 2013 Miami International Boat Show in February. 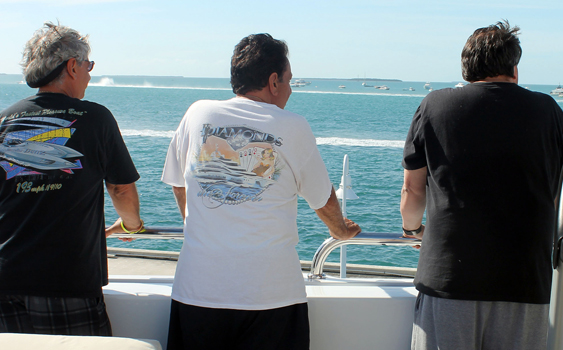 Rosatti (center) took in the offshore races from his yacht with good friends Larry Goldman (left) and Gino Gargiulo.

Featuring a BurgerFi theme, the boat will be MTI’s first open-cockpit (non-canopied) 52-footer. Rosatti, who calls former Mercury Racing President Fred Kiekhaefer a friend, said that a pair of 1350 or 1650 Race engines from Mercury Racing will power the boat—he hasn’t made a decision yet. 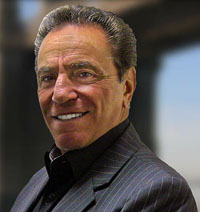 Rosatti, who took myself, Matt Trulio and Trulio’s girlfriend, Rebecca, on a tour of the jaw-dropping 2011 mega yacht that is powered by twin MTU diesel engines, told us that he has another Christensen on order, too. He said the new 50-meter yacht, which will take roughly three years to build, is going to be similar to his current yacht—a ship that is more impressive than most houses I’ve visited—just a few feet longer and about a foot wider.

During the tour I thanked Rosatti for allowing speedonthewater.com to host a party at the new Key West BurgerFi on Thursday night and asked him why he decided to start BurgerFi in the first place. He told me that he had opened a high-end burger joint in Delray Beach, Fla., called The Office in 2009 that grew in popularity thanks to its mouth-watering all-natural Angus “CEO Burger,” which instantly became the restaurant’s top seller and most talked about item.

Wanting to bring the same burger quality to people at a more affordable level (the burgers at The Office cost $15 or more), Rosatti founded BurgerFi with the goal of spreading its appeal across America. I don’t think he’ll have any problem doing so as the all-natural Angus burgers using meat from Meyer Company Ranch in Colorado are exceptionally good and the casual, modern vibe—at least at the Key West location—is inviting. 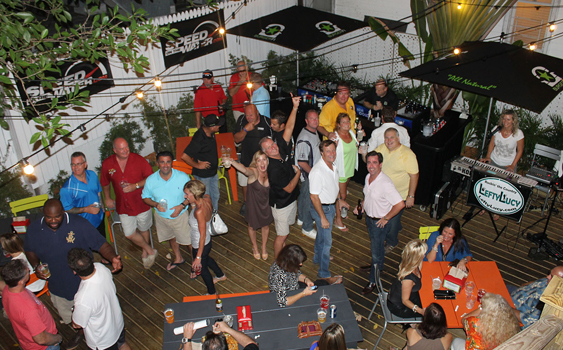 To date, BurgerFi has more than 30 restaurants open and more than 200 franchises sold—so chances are one will be opening near you soon if you have yet to try one. Oh, and if any of you are interested, Remember When is available for a cool $36 million—or you can charter it for $250,000 per week.