You are at:Home»Uncategorized»Deep Impact’s Next Steps

Between the introduction of its 369 with a new fishing-friendly T-top, the delivery of two incredible 39-foot models and the hiring of a well-known sales and marketing manager, Deep Impact Custom Boats has been busy, to say the least. 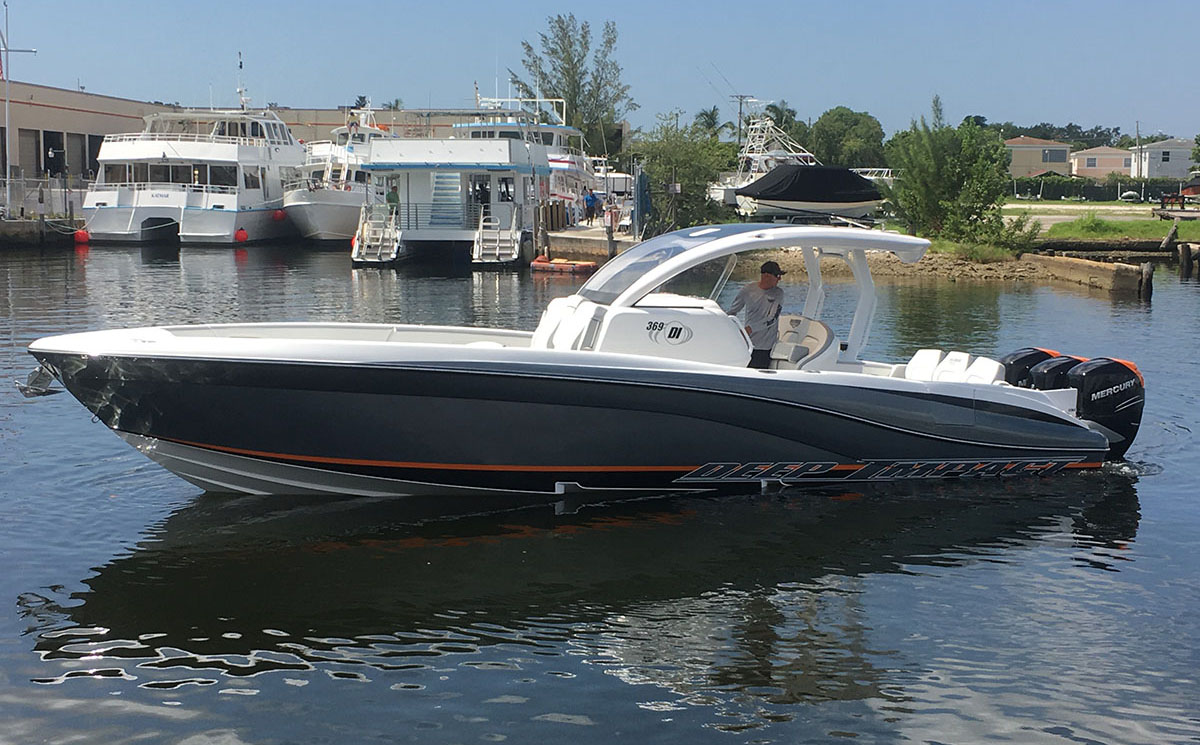 Deep Impact showed off its new fishing-friendly 369 at the Rockin The Harbor Poker Run in Baltimore. Photo courtesy Deep Impact

Just ask Mark Fischer, the owner of Off Lease Only and Boats Direct USA, the company behind Deep Impact and Blackwater Boats, or Ron and Dana McLean, the husband and wife team leading the way at Boats Direct USA. They recently returned from the Rockin The Harbor Poker Run in Baltimore and had an outstanding time at the inaugural event showcasing the company’s new 36-footer powered by three Mercury Marine Verado 350 engines.

Deep Impact built one of its latest 39-foot center consoles to be used as a tender for the 250-plus-foot Go motor yacht. Photos courtesy Deep Impact

To gain some insight on the company’s latest happenings, I caught up with veteran powerboat industry salesman Bill Bartus, who joined the team a few weeks ago. Working from his Pompano Beach, Fla., office, Bartus has grand ambitions for the company starting with a couple of fall boat shows as well as establishing some new sales opportunities in the Northeast, Midwest and even the West Coast. 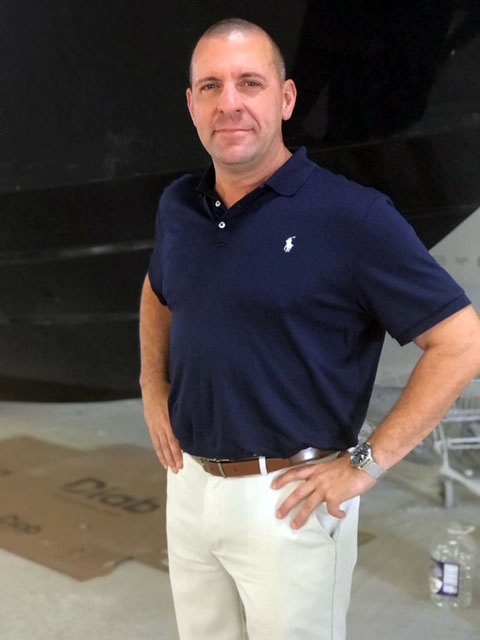 Bill Bartus is excited about his new position with Deep Impact and Blackwater Boats.

“My roots with Deep Impact go back a long time, maybe 15 years or so,” he said. “I’ve always admired the brand and I’ve had some luck selling their boats in the past. I feel like the best is yet to come with the company—they’ve definitely proved that with the improvements that have been made to the boats and the way in which they’re built. Now it’s my job to help reinvigorate the sales efforts.

“Based on the response in Baltimore, that seems very doable,” he continued. “We got a few solid leads from that event. People are really paying attention to how beautiful the boats are and how well they are finished. The fit and finish is top shelf and there’s no question these boats can run.”

Before communicating with Bartus, I caught up with Zach Polsky, who owns King of Cars & Trucks, in Woodbury, N.J. Polsky was at the Rockin The Harbor Poker Run, too, and his boat—the new black and orange 39-footer painted by Miles and his team and powered by quad Mercury Racing Verado 400R engines—was definitely one of the showstoppers at the docks. 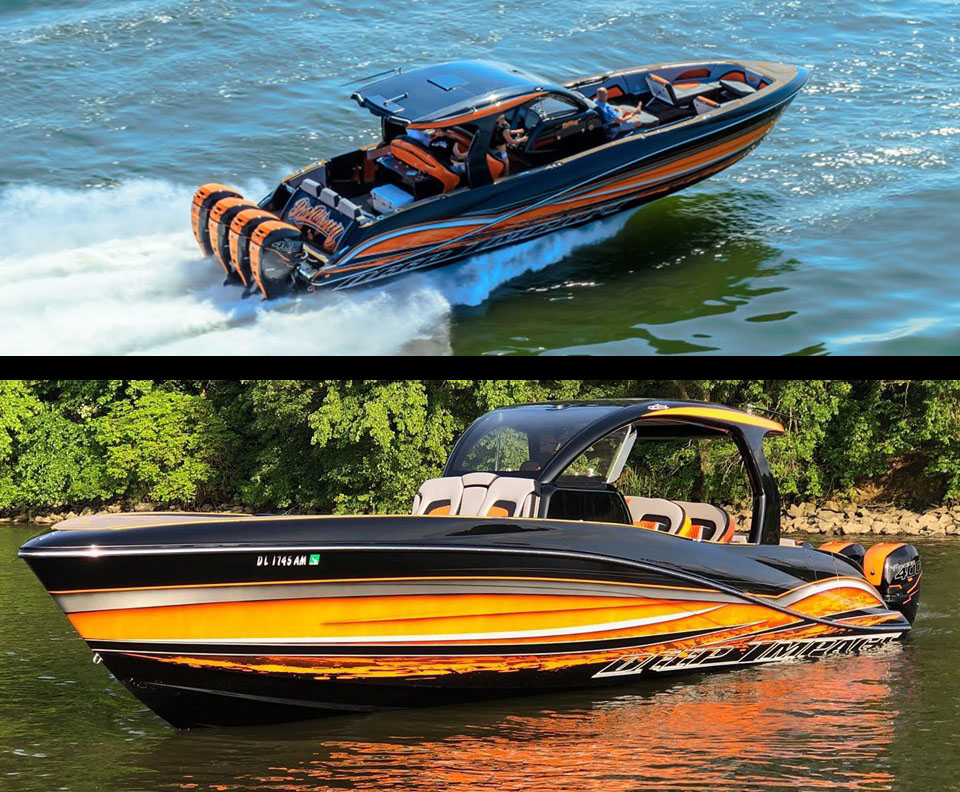 “The boat came out really good; it was behind schedule, but well worth the wait,” Polsky said. “I’m impressed by how well it runs and how cool it looks—I love the style overall, especially the top. It’s been awesome so far, and for the price, I don’t think you can beat it.”

Polsky said he wanted the boat, which is dubbed Diesel Money in a nod to his custom truck business, to be black inside and out so the interior was painted black, which is unusual for Deep Impact. Polsky added that he selected Miles to paint the boat and was glad he did because Miles nailed the overall rendering right off the bat.

“I wanted something different and that’s exactly what I got,” said Polsky, who has been enjoying the boat for the last month with his fiancé, Chrissy.

Judging by other boats in the works—including the company’s five-engine 499 that is expected to be released sometime next year—there are going to be many more satisfied customers like Polsky in the neat future.