You are at:Home»Uncategorized»Snap Shots From Fountain

As the sole reporter covering Fountain Powerboats’ unsuccessful V-bottom kilo record attempts Feb. 27-28 in Washington, N.C., I had a lot of unsupervised time on my hands. The Fountain team was working hard to get their Sterling Engine-powered 40-footer to run correctly and had no time to entertain an out-of-town guest. The American Power Boat Association and Offshore Powerboat Association officials, in town for more than a week, were doing whatever they could to avoid going stir crazy in a very small town, so they were scarce.

And the media folks there the weekend prior for Fountain’s wind-scrubbed record attempt? They were long gone.

During the 41 hours I spent in Washington, I saw the kilo boat make four unimpressive runs. Of course, I was disappointed for the people at Fountain and equally disappointed that I didn’t get to report, on scene, about the setting of a new kilo record. Those are the kinds of stories you live for as a reporter. In 2014, I was lucky to have had that opportunity when Outerlimits—on the same measured kilometer of Pamlico River—pulled it off. This time around, it wasn’t to be.

But you already know that.

Still, the trip to from Northern California to North Carolina was anything but a waste of time, because I was mostly left to walk around the Fountain facility on my own. (For the record, I like unsupervised time—it beats being led around and carefully watched.) And while I strolled the plant, I took a lot of pictures, all of which now bring back strong memories and emotions, with my crappy and since-replaced iPhone 6.

Here’s a quick look at my five favorites 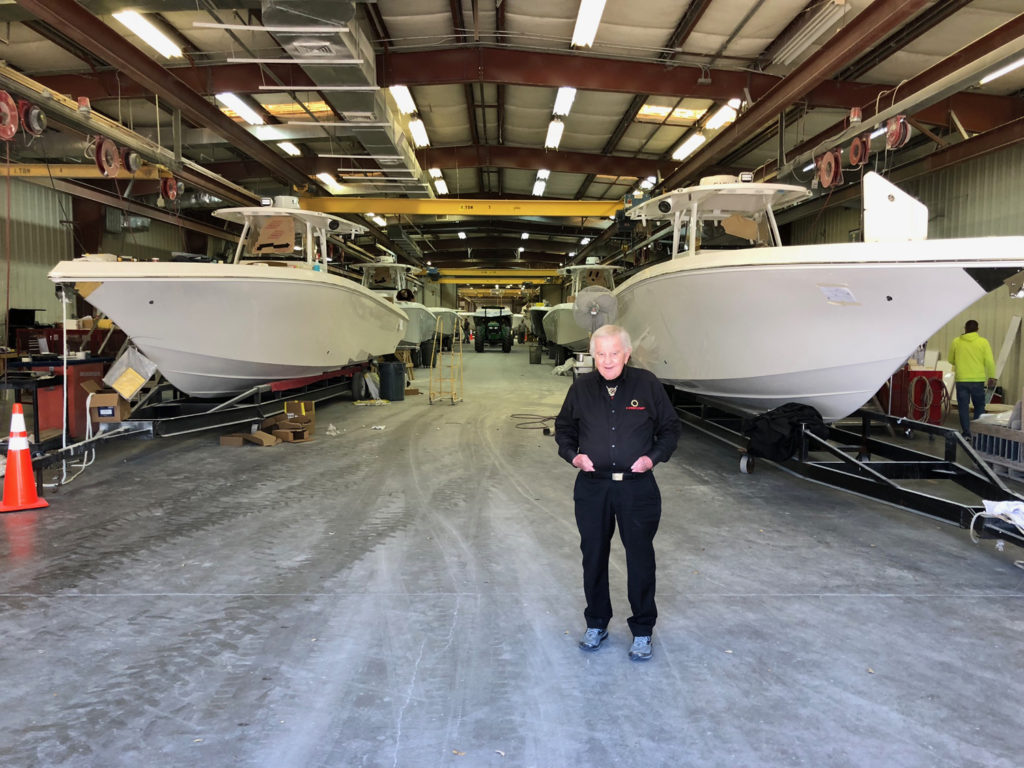 At 77 years old, Reggie Fountain, Jr., is still royalty at the company that bears his name. Fountain struck a pose for me in front of the center console production line, which was long and full. Seeing life at Fountain Powerboats behind the man who started it all provided a surprisingly joyful moment. Better still was our walk through the plant, during which every employee we met stopped what he was doing and said hello to a living legend. 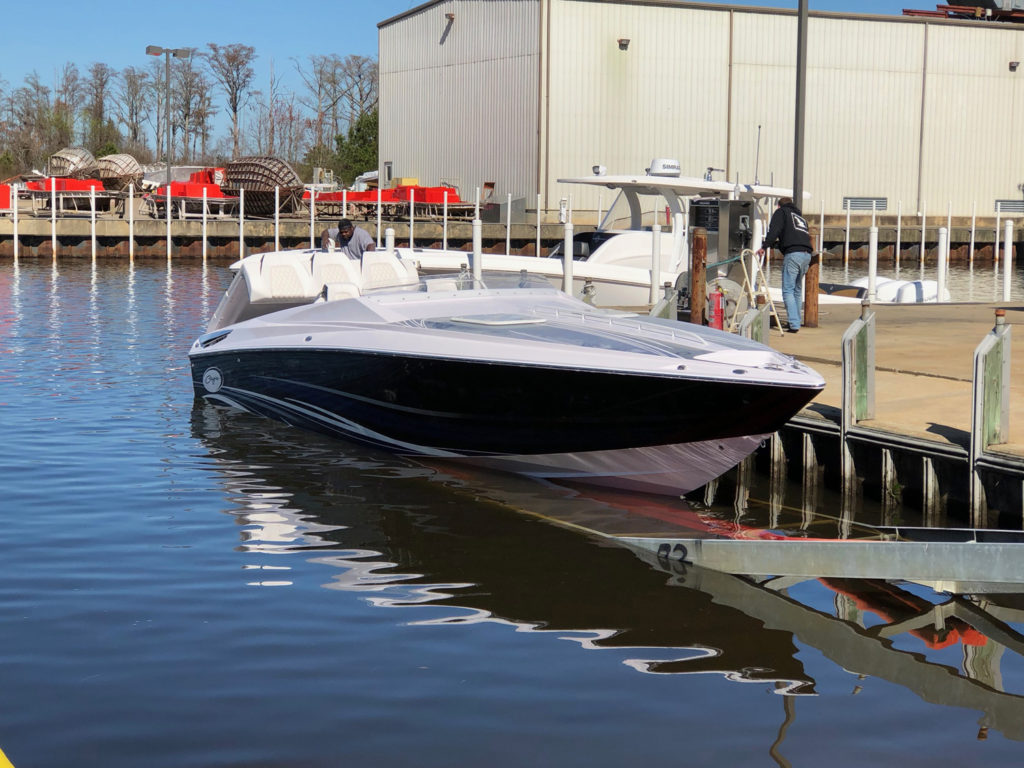 OK, it’s been awhile—a long while—since I’ve seen a brand-new Baja 36’ Outlaw. But that’s exactly what I spied Monday afternoon on the launch ramp at Fountain. A couple of employees were prepping the attractive 36-footer, which was outfitted with a pair of Mercury Racing 540 engines for its first sea trial, and it reminded me of what a solid and beloved sportboat brand Baja had once been—and everyone at parent company Iconic Marine Group hopes will be again. 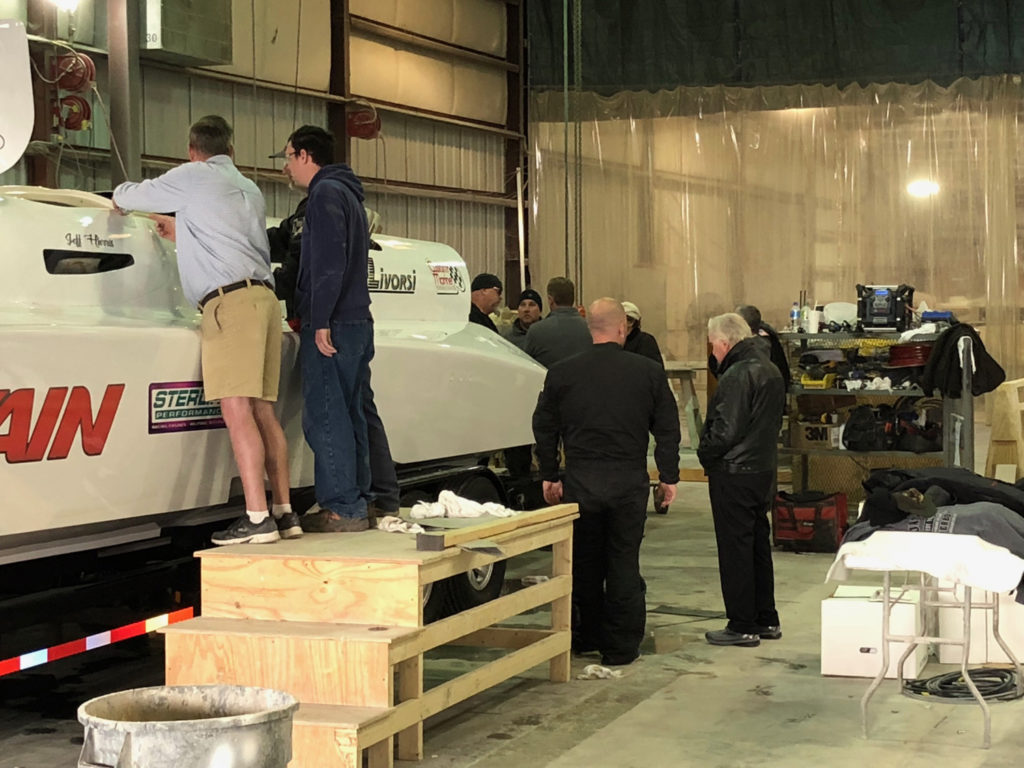 Before and during the Fountain’s kilo run efforts, the subject of who was going to be in boat was a source of endless drama and distraction. In that context, catching project leader Reggie Fountain, Jr.—who made the cockpit crew call—talking things over with son/driver Reggie Fountain, III after the first day of timed passes was fascinating, as father-and-son dynamics tend to be. Conversations in the room among various groups including the one between Reggie, Jr., and Reggie, III, were hushed and intense as all was not well with the boat. 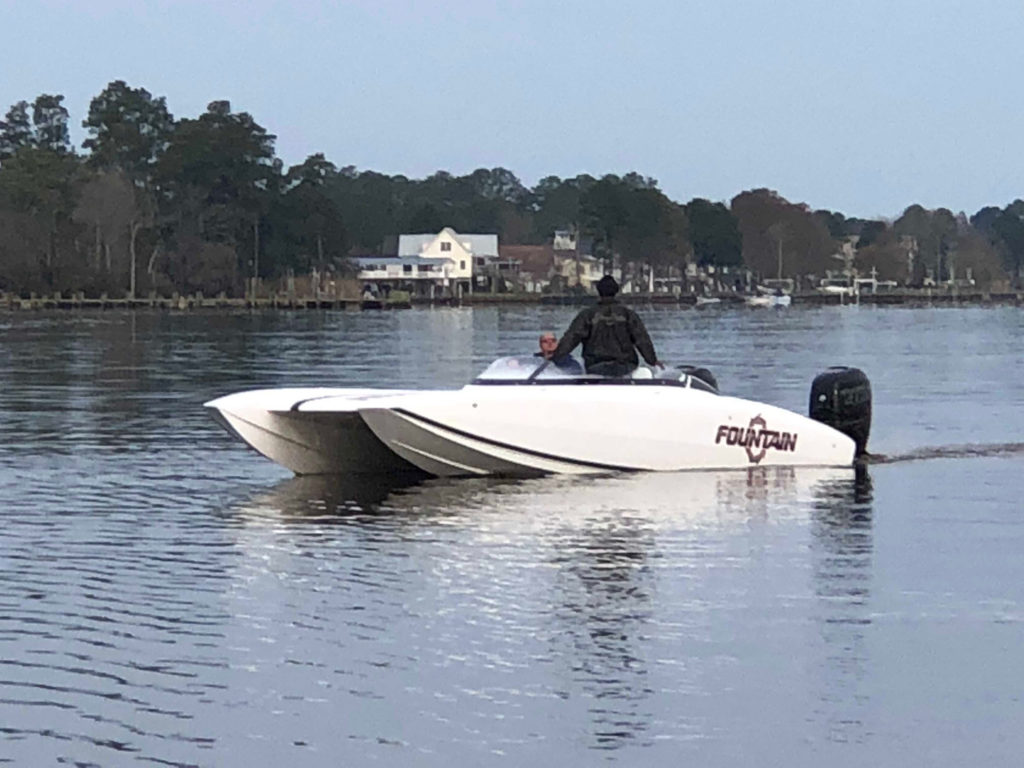 On back-to-back chilly weekday mornings, I headed out with the Iconic Marine Group engineering team on a 38-foot Fountain center console to patrol the far end of the kilo course in advance of the record attempts. So, too, did Fountain chief operating officer Joe Curran and another company employee in Fountain’s new 32-foot sport catamaran. For reasons I can’t quite explain, seeing Curran in the sport cat—once an unlikely choice for a Fountain-made product—made me smile. Maybe I was just hoping he was as cold and uncomfortable as I was. 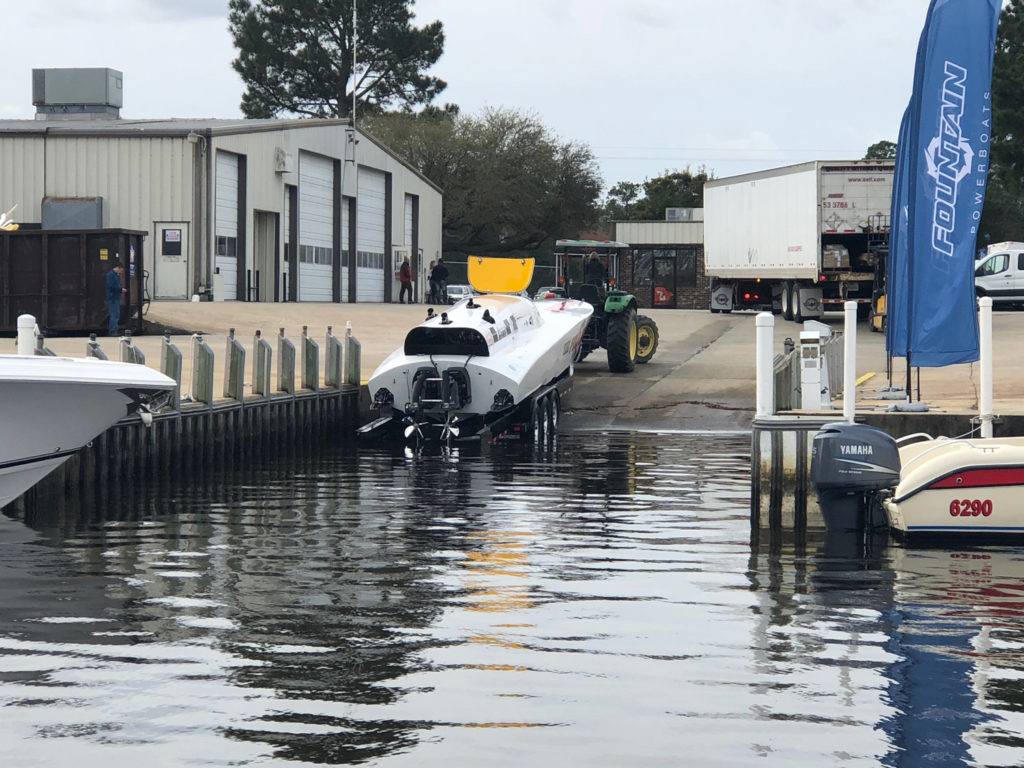 Idling in on the center console after the final kilo run effort—cut short with engine issues—I spied a tractor pulling the Fountain V-bottom out of the water. Time was up with the APBA sanction. There would be no new kilo record this time around. (Fountain has not announced when it will reschedule its attempts to set a new mark.) Disappointed for everyone involved, I realized how easy such attempts look when all goes to plan, and how difficult—even impossible—they appear when nothing does.