You are at:Home»Uncategorized»Straight Talk With Fred Ross

A former Powerboat magazine editor now handling marketing and media relations for Fountain, Donzi and Baja, Mark Spencer doesn’t waste time. So when he invited my fellow offshoreonly.com columnist Jason Johnson and me to Washington, N.C., last month to experience the latest Fountain and Donzi offerings, he filled our schedule. In less than 48 hours, we logged time in the Fountain 47 Lightning, 34 Thunder Cat and 34 Sport Console, as well as the Donzi 38 ZRC and 41 GTZ, and interviewed Reggie Fountain, Jr., at length. We also enjoyed two dinners with him and his wife, Linda, Fountain Powerboats chief operating officer Jeff Harris, Spencer and Fountain/Donzi representative Billy Moore.

But the highlight of the trip was our video conference with Fred Ross, the owner of all three brands. That was just plain fun.

Even with a voice like a rasp on hardwood thanks to a nasty virus, the 61-year-old entrepreneur could not have been more animated or enthusiastic about the three brands he acquired a little more than two years ago. 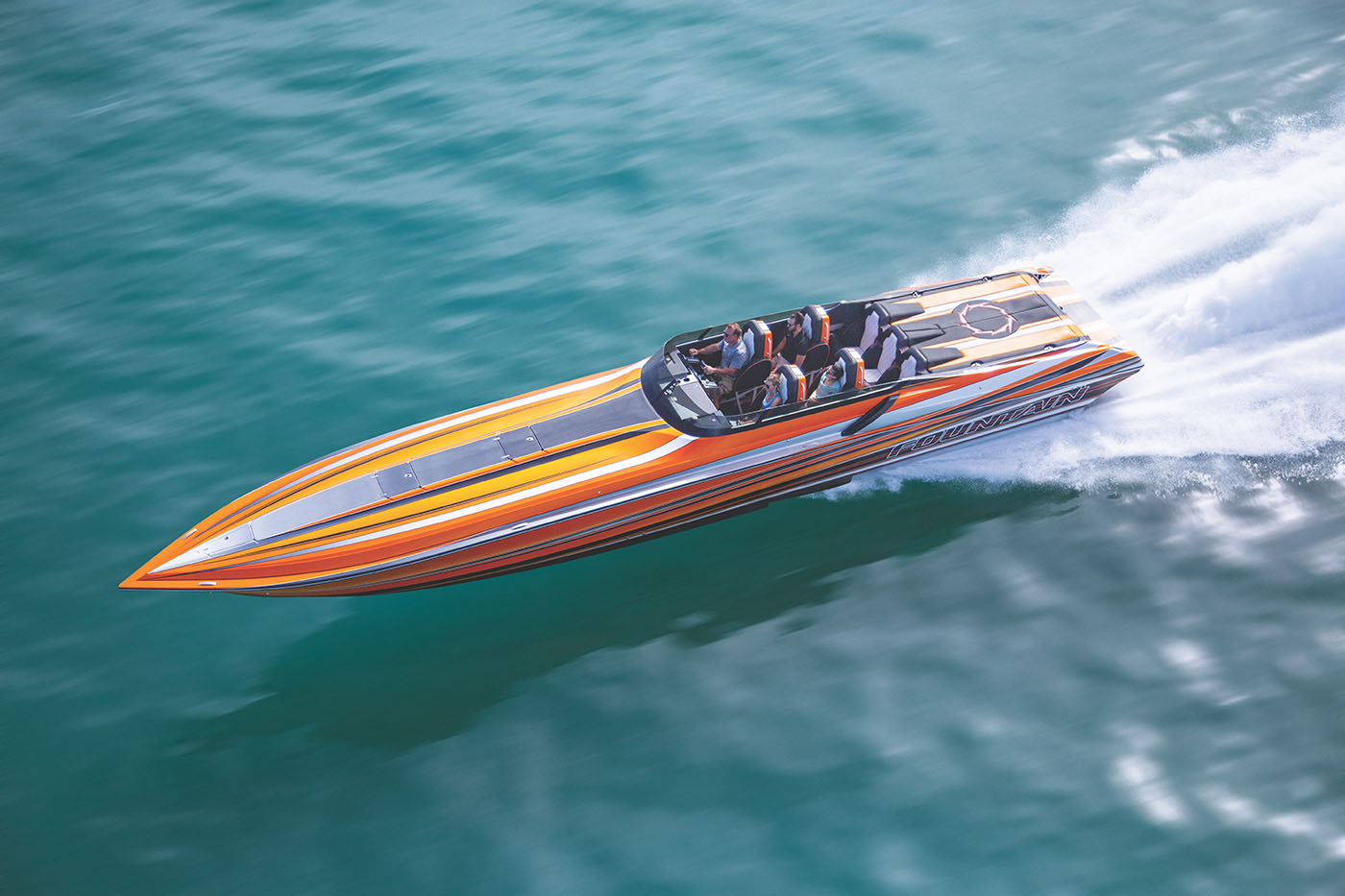 “I have the best team of guys out there—it’s been almost like getting the band back together and I couldn’t be happier with our team,” he said.

Fountain and Donzi will showcase an array of new and revamped models at the upcoming Miami International Boat Show, and Ross and company will be there with them. The first focus when he acquired the brands, he said, was to reinvigorate Fountain’s center console line, which made good business sense as the center console segment carried Fountain in the early to mid 2000s.

The team tackled updating the angling-oriented models first, then went with a clean sheet to create 39 NX and 43 NX, which more closely align with the center-console-as-social platform concept embraced by most of today’s performance-boat builders.

“Our big pushes now are with Donzi and Fountain,” he said. “People are interested in niche sportboats again. The older boats are aging out.”

Ross believes that each sportboat brand fills a niche and still has a loyal following. And that there are new customers to be had.

“Fountain is just a fabulous boat—fast, safe and dry,” he said “Donzi equals mystique. Baja is like a Mustang or a Camaro.

“We are a research-driven company and we believe we can revive that segment, give our customers maximum performance and do it the most economical way,” he continued. “We have the right guys and the right team. So many of Reggie’s original guys are still here. Joe Curran helped set the pace with the center consoles. Getting Jeff Harris back was big—he will pick up the pace with the V-bottom sportboats and the cats.”

Ross was quick to point out that neither Fountain nor Donzi will ever offer a stern-drive catamaran—regardless of the size of the model, outboard engines will supply the power. He also was candid when we touched on Fountain’s unsuccessful attempt to retake the V-bottom kilometer speed record in 2018.

“I take total responsibility for that,” he said. “Records look easy. But the closer you get to the mountain, the bigger the mountain gets. We’re not ready to give away any of our direction on that, but we do now have everybody in place.”

That said, Ross isn’t wasting time wringing his hands. He’s full steam ahead with all three brands, and that has included building a strong dealer network.

“We are a dealer sales organization and we support dealers every way we can,” he said. “We went out and got floor-planning, which is something we would not have done if we wanted to sell factory-direct.”

Ross revealed even more of what’s coming from all three brands on multiple levels—all of it off the record. For now. But it’s no stretch to say Fountain, Donzi and Baja will generate a lot of intrigue this year. It won’t be easy, of course, and Ross knows it.

But Ross has what it takes and I’m not talking about deep pockets or business acumen or a track-record of success, though he has all three.

I’m talking about passion. The man is loaded with it.