You are at:Home»Awesome»Catching Up With Joe Curran

Time flies when you’re working seven days a week. Just ask Joe Curran, the chief operating officer of Iconic Marine Group, the Washington, N.C.-based parent company of the once-thriving—and soon to be thriving again if the people involved have their way—Fountain, Baja and Donzi brands.

There already are good signs since Curran and the rest of the Iconic team took over a little more than two years ago. A pair of new Fountain 39 NX center consoles—the company’s first all-new model in years—pretty much flew out the doors of the Big Thunder Marine dealership in Lake Ozark, Mo., with new owners shortly after the 39-footers arrived. Another 39 NX is in production, and three more already have been ordered. 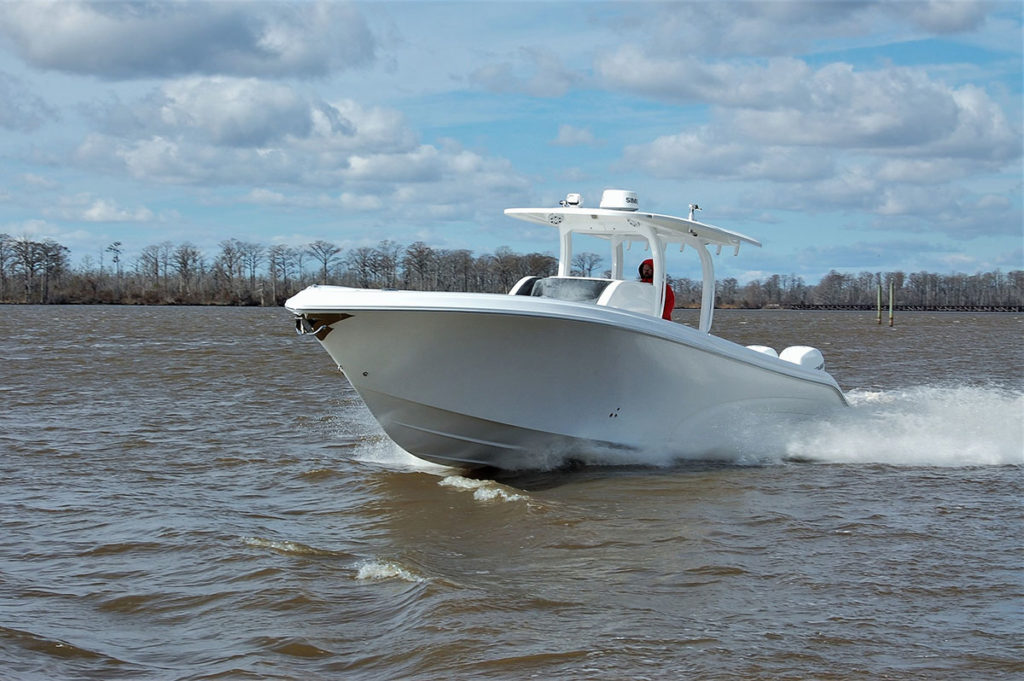 Leading Fountain production are its updated 34- and 38-foot center consoles in what the company calls its Bluewater series, meaning center console models primarily targeted at the fishing market rather than buyers seeking social platforms with a performance edge, which remain hot with traditional high-performance powerboat builders. (The 39 NX addresses that niche nicely, however, and a 43-foot in the same vein is on the way.)

Since Fred Ross acquired the boat companies and took on the role of managing partner on May 6, 2016, Fountain production reportedly has tripled. Cynics will say there was no place to go but up and while to some degree that’s true, the fact is that the Fountain brand is growing primarily through sales of its 34- and 38-footer center consoles. Then again, even during the Fountain heydays of the early to mid 2000s under company founder Reggie Fountain, Jr., those models also were the company’s biggest sellers—representing some 65 to 75 percent of gross Fountain sales—according to Curran.

“When we first got here, we had Fountain dealers ‘on the books’ but the reality was we really didn’t have dealers,” said Curran.

Floorplan financing (When was the last time you heard that term?) from Northpoint Financial has helped make that kind of dealership network growth possible.

“I did a lot of market research when I started,” said Curran. “Where can we make the most impact with our dealers? What geographic markets would best benefit our business? And in the first quarter of 2017, we really turned up our strategy on our dealer network. We called on a lot of our former Fountain dealers and, frankly, they had moved on. So we found new dealers. I think we only have one Fountain dealer now who was previously a Fountain dealer before 2016.” 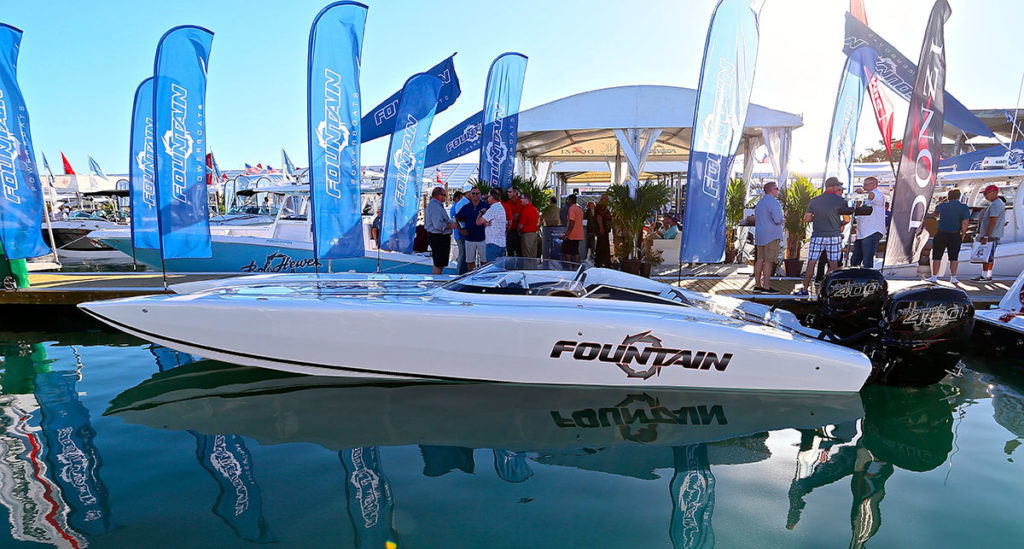 Through the ongoing success of the Fountain Bluewater 34- and 38-foot center consoles, Curran said the long-term plan is to integrate less-angling-oriented Fountain models through select dealerships as demand dictates. The key word is “select”—that integration depends on the dealerships, its geographic regions and what sells in those regions. The same applies to the Donzi Classic, new Donzi offerings such as the 41 GT and Baja lines. Fountain dealers are not automatically Baja and Donzi dealers simply because all three brands exist under the same corporate umbrella.

“I went back and looked at Baja’s best-selling models since 1995,” he continued. “They were the 24, the 27 and the 36. That’s where we’ll put our production, development and engineering focus for Baja. The smaller models—I don’t think they’re viable in today’s market.”

And then there is Donzi. In addition to its Classic series of 16- 18- and 22-footers (“They’ve been around almost as long as I’ve been alive,” said Curran) that retain popularity in what Curran calls “heritage markets’ such as New Hampshire’s Lake Winnipesaukee, the plan is to gradually add new models. The first is the highly anticipated—but little seen—outboard engine-powered 41 GT.

“The 41 GT actually started out in development as a 38 ZRC,” said Curran. “But propulsion has changed dramatically so the hull design had to be different. And we’ve seen a migration of space in new boats, so it didn’t just become longer—it became wider. You can put eight to 10 people in this boat because it has more cockpit. The challenge was adding beam and still getting performance out of the boat because it’s still a Donzi. And with twin (Mercury Racing Verado) 400s it will run 70 to 72 mph, and anyone can drive it.

“This is a boat I want to see still running in 10 years, but one that has evolved in three or four different ways by then,” he continued. “It has to stand the test of evolution. I’m excited about it. It’s the stepping off point for Donzi that we need.”

Curran added that Iconic Marine Group has not only created new engineering teams—with prototyping departments—for all three brands, but process/production engineering teams to make building them more efficient and cost-effective.

“Every hull needs a new cradle, for example,” he said. “Every model needs new build fixtures. There is a lot of depth to the production process and we are addressing it with our process engineering team.”

Of course, the big question for diehard Fountain sportboat fans is what’s coming next.

“I think everyone knows there’s a new 42’ Lightning in process and a new 47 coming—and of course we have the new 32-foot cat,” said Curran. “Is there money in it? I think at some point there will be, but the toughest part of the performance market is putting together the right distribution channel as we’ve done on the Bluewater side. You have to start with one dealer in a key market, and right now that’s Big Thunder Marine. I would say that the Lake of the Ozarks area is the epicenter of high-performance boating in this country right now. Performance is a different animal. It requires regional dealers who know what they’re doing.

“We’ll see where the future lies,” he added. “Some markets will take off, some won’t respond. That’s why you need a variance in what you offer. That’s why, for example, we’re bringing back a severely updated version of the Fountain 38 Sportfish Cruiser—it’s in prototyping now. How many cruisers are out there right now where you can hang three outboards and go 70 mph?”