You are at:Home»Awesome»Keeping Larry’s Dream Alive 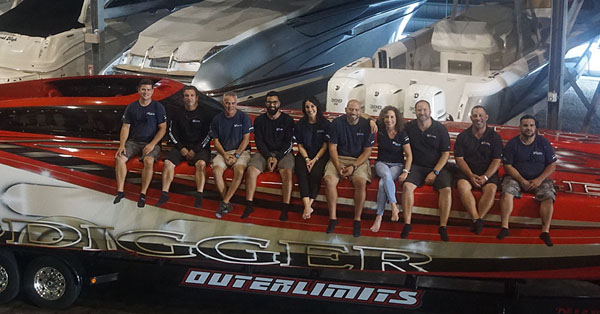 Although it would rather have its leader around still, the team at Xtreme Powerboats is moving forward with the late Larry Goldman as its motivation.

More than four months ago, on the night Larry Goldman, the man almost everyone in the performance industry called a friend, passed away from a stroke, the owner of Xtreme Powerboats had one request for his wife, Jodi.

Following several years of pursuing the ultimate facility to run his sales and service business in conjunction with a first-rate marina and storage facility, the last thing Goldman wanted to see was his dream, which was fulfilled with the opening of Westrec Marinas’ Haulover Marine Center in Miami, go by the wayside.

“I feel like I have to fulfill Larry’s one request, which was to continue the business,” said Jodi, who raised two kids, Jilian and Jacob, with Larry by her side. “It’s what he asked me to do, and I’m looking forward to the challenge. My husband created a pathway and I feel like the kids and I and the entire team here are continuing his path and building upon it as we move forward. Larry had been doing this for more than 30 years and he enjoyed the challenges he faced daily.

“So far I’ve experienced the same thing,” she continued. “Every day there is a new challenge or a new opening. It’s been interesting and exciting, especially as we attempt to transition from not just a performance-oriented service center but into a full-blown dealership and service facility for all boat lines.” 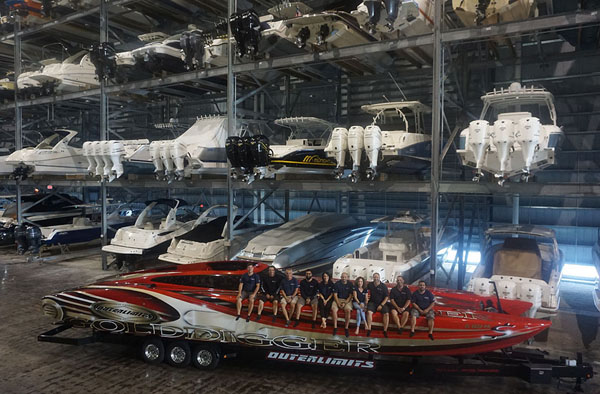 Whether it’s working on the Golddigger Outerlimits or a Formula Sun Sport, the Xtreme Powerboats team is right at home in Haulover Marine Center.

In doing so, Xtreme Powerboats aka Extreme Marine, recently picked up another new boat line—Release Boats—the sporty center console boats out of South Florida to compliment the rest of its new and pre-owned boat sales business. And according to Fran Rittner, the company’s director of operations, there’s more to come.

“It’s great to have Jodi here every day as she gets more involved with the business; she is the voice of Larry—although she isn’t as long-winded and loud,” Rittner said laughing.

Along with a couple of current high-profile projects, including overhauls of the popular Speed Racer 44-foot MTI catamaran and the record-setting Apache Star Apache Powerboats V-bottom, the service department has been busy all summer, and it doesn’t appear to be slowing down with the Florida Powerboat Club Key West Poker Run only a few weeks away.

“We’re planning to have a full crew available for mobile services during the Key West Poker Run,” said Mike Nance, the company’s service manager. “As usual, the poker run participants will be able to count on Xtreme Powerboats for assistance during the event.” 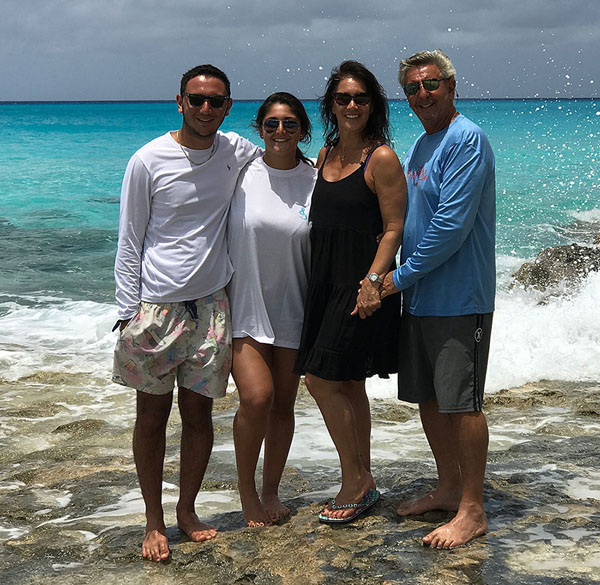 The greatest way Larry Goldman’s family, which includes (from left) son, Jacob, daughter, Jilian, and wife, Jodi, can honor him is to keep the company he founded three decades ago going strong.

Nance pointed out that Xtreme Powerboats is available to assist participants before and after the poker run, not to mention take care of any boaters’ needs at any time in South Florida.

“We don’t want to be one dimensional, we don’t even want to be two dimensional,” said Nance, explaining that the service center is growing into a one-stop shop for any type of boat. “We have a lot of potential here with this facility and we’re hoping to take care of as many boats as possible. Whether you have an Intrepid center console with Yamaha outboard engines, an MTI with Mercury Racing 1550 engines, a Mercury-outboard-powered sport cat, center console, cruiser, or a sportboat with inboard power, we can handle it all here in one location.”

Being a one-stop shop in a first-class facility was part of Larry Goldman’s vision for Xtreme Powerboats. Fortunately for the former world champion offshore racer, he had the friends, the employees and the family willing to keep his dream alive, and possibly even take it to the next level.

“I believe Larry is guiding us on the right path,” Jodi said. “We will continue to honor him and do the best job we can, just like he always did.”