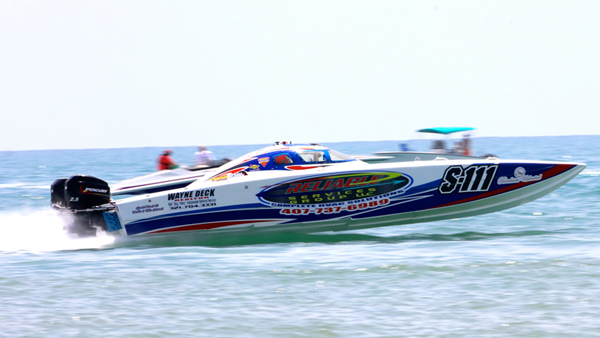 Veteran offshore powerboat racer Ryan Beckley is a gamer — there’s no better way to describe the stalwart Stock-class competitor who lives in Sarasota, Fla., but hails from Key West, domestic offshore powerboat racing’s most storied venue. Last time I caught up with Beckley at an event other than the fabled Florida city at the end of the road, we were in the Middle East and he was running his 30-foot S-111 Skater catamaran with his longtime friend and teammate Tanner Lewis in the first and last Qatar Cup. In addition to running a full Super Boat International season every year, Beckley also competes in a few Offshore Powerboat Association events, such as the Lake Race on the Lake of the Ozarks in Central Missouri, each season.

Yeah, gamer is the right word — maybe even the perfect word — to describe Beckley.

Need more proof? In two weeks, he’ll be running two boats in the OPA’s inaugural World Resorts-sponsored event in Bimini, Bahamas. Backed by wsmparts.com, Beckley and Lewis will run the 30-footer in the Super Stock class, OPA’s equivalent of SBI’s Stock category. Beckley also will team up with his oldest son, Chris, to compete in their 24-foot Skater in OPA’s Class 4 fleet. 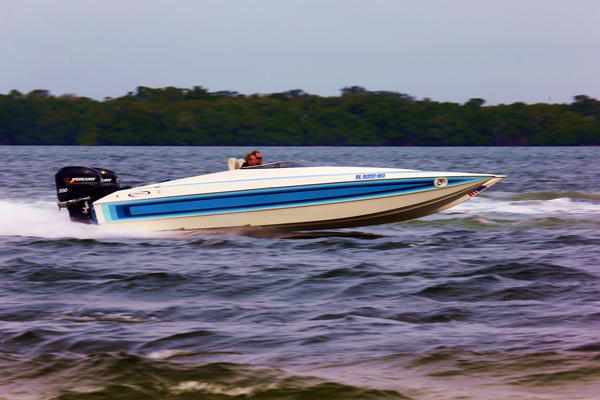 Beckley’s son Chris will race with him in the cockpit of their 24-foot Skater catamaran.

“We have been talking about doing the Bimini race for a long time,” he added. “We run in a few OPA races a year and they’re always a lot of fun — there’s not as much pressure as some of the races we do. And they treat us well.”

After his catamaran is returned via cargo ferry from its Bimini adventure to the Port Everglades Seaport in Fort Lauderdale, Fla., Beckley have a little more than a week to get it ready for SBI season opener in Cocoa Beach, Fla., where he’ll team up again with Lewis and longtime sponsor Reliable Services Group. 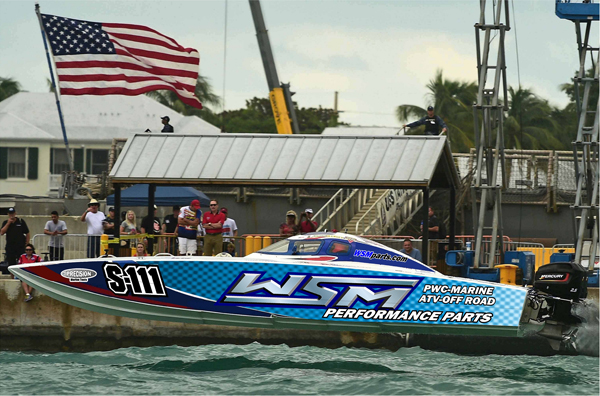 Though his Bimini sponsors graphics aren’t on Beckley’s 30-footer yet, he has the design ready to go.

Ever the gamer — there’s that word again — Beckley isn’t concerned about the relative tight turnaround time he’ll have to get the boat ready for Cocoa Beach, where he and Lewis finished first in their class last year.

“I’m a lot more worried about the work we have to do before Bimini,” Beckley said. “We have a lot of wraps and signs to get done.”

So why take on the added pressure of running two boats in foreign country?

“I’m up for racing anywhere, especially in a new place,” he said. “I like to help the sport. I like to help OPA. If they want to pay us to show up, we’ll do anything we can to make it happen. We need more race sites like this.

“We try to run our program as a business, with sponsors, paying drivers, prize and tow money,” he added. “If we aren’t racing, bills don’t get paid.”