You are at:Home»Legends»What A Christmas Gift

Shopping for legendary throttleman Steve Curtis, one of the greatest offshore racers in the history of the sport, can’t be easy. Especially when you live with the British luminary, who likely doesn’t yearn for much.

But that didn’t stop Abbie Curtis, Steve’s significant other of 11 years, from coming up with an incredible surprise gift for him, a Christmas present that he will remember forever. As will all of us who get to experience the gift that keeps on giving—a website dedicated to the racing career of the multi-time world champion: SteveCurtisMBE.com.

Pretty cool gift, huh? I sure thought so when I saw Abbie’s Facebook post on Christmas Day stating that she got Steve something he wouldn’t expect to get in a gift box, a URL.

“I hope it’s better than and socks and pants, ha ha,” Abbie wrote. “I just want you to know I am so proud of you. Although I sometimes go crazy with you always away racing, I really am proud of all you have done and continue to do. So this is your ‘Racing Life’ Steve Curtis. Have a great Christmas, darling, I love you.” 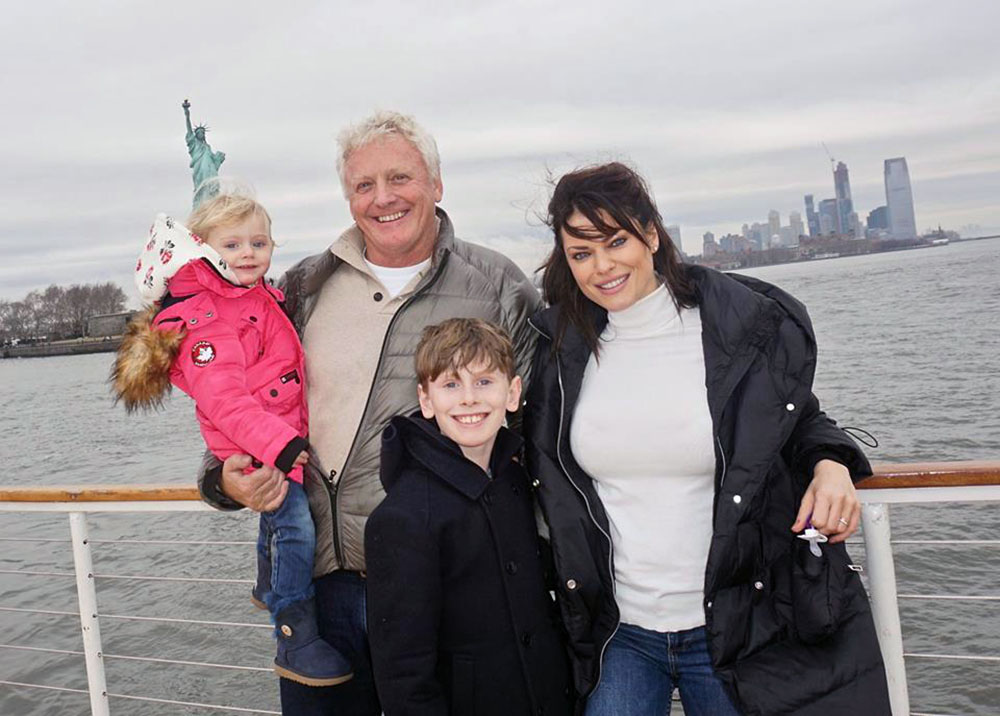 Steve and Abbie Curtis enjoyed an end-of-the-year trip to New York City with their two kids.

Abbie seemed genuinely excited that she was able to surprise Steve.

“I thought it was about time he was associated with a website,” she explained. “It’s been something I’ve wanted to do for a very long time. It’s still a work in progress as there is so much content out there and so many people writing in to contribute. I used to do a little of Steve’s PR when we first met so it’s a great project for me to get into.”

If you follow offshore racing at all, you obviously know Steve’s list of accolades is far-reaching. You can point to his being appointed a member of the Most Excellent Order of the British Empire in 2006, his multiple world championships over his 33-year offshore racing career or his record-setting 244-mph performance in the Lake of the Ozark Shootout alongside Sheikh Hassan bin Jabor Al-Thani in the turbine-powered Spirit of Qatar Mystic.

Of course it’s easy to see why the son of Cougar Powerboats’ founder Clive Curtis deserves his own website.

“I would like to thank all of the photographers for assisting me with images for the site,” Abbie said, adding that credits are provided on the site, along with a full gallery, a news page and information about Steve’s businesses, Cougar Powerboats and Offshore Racing Services. “I also would like to thank Simon Frost at Amplify Creative, who built this site, and for the whispering Skype calls we had to make to get everything where it needed to be before Christmas. He really put himself out for this one.” 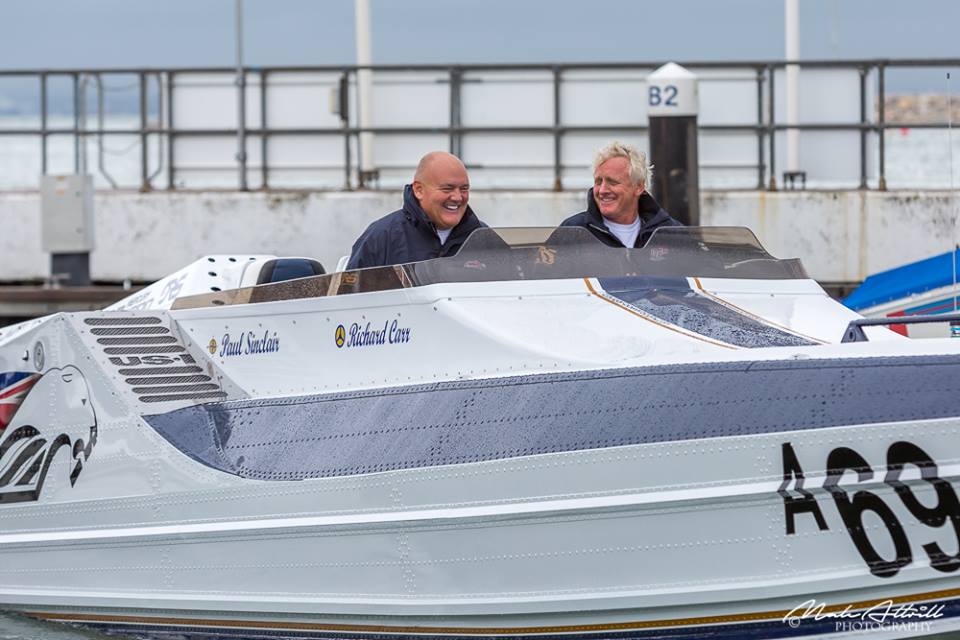 Steve Curtis and Richard Carr are all smiles after completing a test session in an aluminum Cougar US1 46R for the 2016 Cowes-Torquay-Cowes race. Photo courtesy Malc Attrill

Abbie also thanked Simon Atterbury for stepping in to help her with image resizing and other stuff she couldn’t handle, as well as Pete Currington for letting her pick his brain and for helping her get Steve’s wins in order. Currington also answered questions about Clive Curtis and other things from “way back when.” She also credited Lou Stray, who is married to Miss GEICO crew chief Gary Stray, for helping her get dates for Steve’s 2019 calendar, and Billy Moore for answering other questions about Steve’s racing highlights.

“Obviously there are going to be so many more images and video clips out there, so please do get in touch via the site if you have any contributions,” Abbie said.

Whether she knew it or not, Abbie created her own “gift that keeps on giving,” as websites are always evolving and surely she’s going to continue to make SteveCurtisMBE.com as comprehensive as possible. Well done Abbie.